The Cataract City provides a stark example of the impact of COVID-19 on travel and tourism. 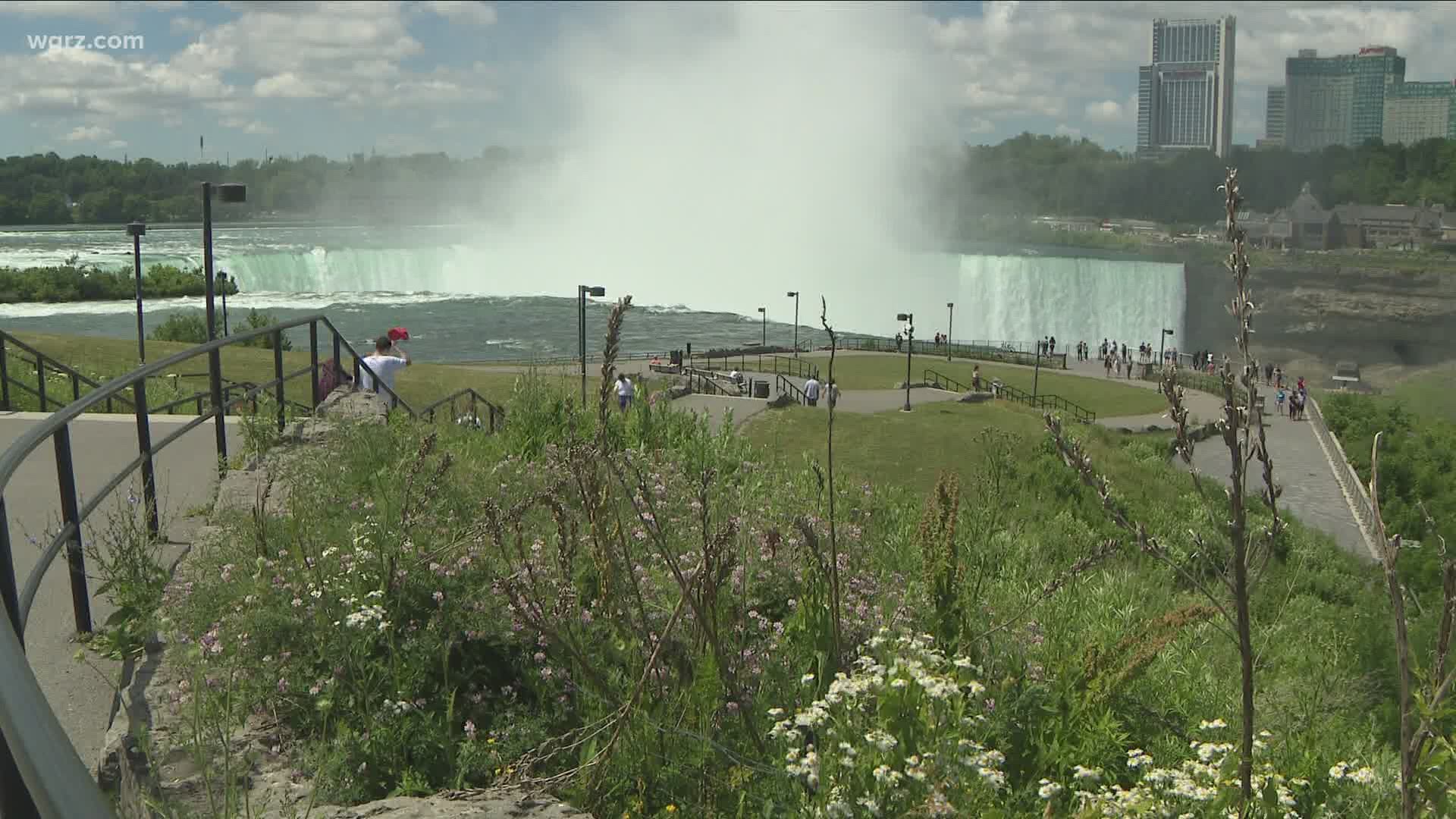 NIAGARA FALLS, N.Y. — In a normal year, during the first full week after school lets out for the summer, Niagara Falls would be teeming with tourists. However, Tuesday was a day that brought noticeably sparse crowds to the American side of the mighty cataracts, due to continued concern over COVID-19.

Also, noticeably absent, were the scores of coaches that bring busloads of visitors to occupy hotel rooms and restaurants.

“Not seeing those buses is heartbreaking,” said Pat Proctor, vice chair of both the Niagara Falls Tourism Advisory Board and the Downtown Business Association.

“Those tour buses are really what drive the tourism industry,” said Proctor, who estimates they account for half of the annual visitors to Niagara Falls, a city whose existence depends heavily on the dollars those tourists spend.

Rainbow Air will resume providing service on Thursday, more than three months after it had planned to begin its 2020 season on March 26.

“We still have two major holiday weekends left in the season so hopefully we’ll be okay in the long run,” he said.

Proctor, however, worries about many of the businesses dependent on the tourist trade who may not survive the shortened season with what figures to be fewer travelers. 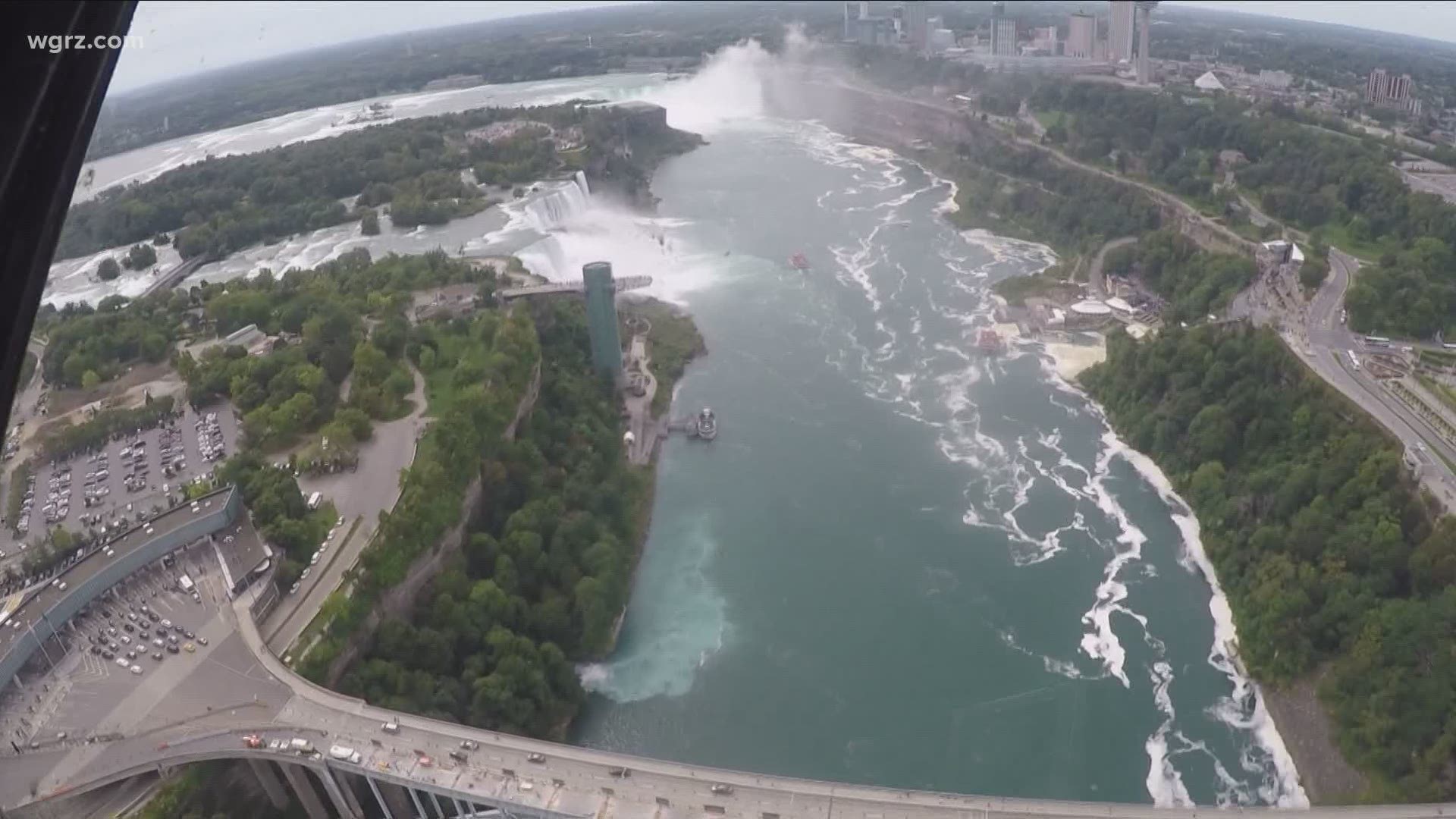 Season on the Brink

“This is where the hotels and the restaurants make most all their money for the season and unfortunately that's not happening this year,” said Faisal Merani, whose family owns three hotels in Niagara Falls, NY and two others on the Canadian side.

“That’s why it's kind of scary in the hotel business because here, when you lose a summer, you've lost a lot of the year," Merani said.

According to his Merani, business at his properties is down 70 percent from a year ago.

“Some of the biggest costs for hotels involve your fixed costs like mortgages and property taxes and things he can’t control," he said, while noting that those costs don’t disappear amid a pandemic.

“Those costs don't go away no matter how busy or slow you are… they're the same," he said. “I don't see us having a month where we make any money until June of 2121, so it's going to be a long haul for us."

Not helping matters is the continued closure of the Canadian border, preventing visitors from taking in both sides of the falls.

A lack of visitors impacts the city’s collection of sales taxes, bed taxes on hotel rooms, and parking revenue outside of the state park.

Restaino is already projecting a budget deficit of $4 million and figures that will only grow if the State of New York, which also finds itself running a deficit, cuts aid to municipalities as expected.

With the recent re-opening of some attractions such as the Maid of the Mist and Cave of the Winds, and more to reopen soon, there was hope for a rebound of sorts that might help salvage at least part of the tourist season.

It was also hoped by some that with the COVID-19 pandemic still heavily affecting international travel, travelers from other states in the U.S. might help fill at least part of that void by choosing to vacation in Niagara Falls instead.

However, through an executive order issued last week, NY Governor Andrew Cuomo is now requiring visitors from states experiencing an uptick in coronavirus cases to quarantine themselves for two weeks upon arriving in New York.

With the number of affected states now climbing to 16 as of Tuesday (and accounting for almost half the U.S. population) this will likely result in another blow to Niagara Falls.

“That’s going to make it more difficult until those orders get lifted," said Merani. “Most people who come to Niagara Falls are doing a two or three day stay, so I don’t think anyone is going to come here and quarantine. They’re just not going to make the trip at all."

RELATED: The Aquarium of Niagara will reopen as part of Phase 4