Recently, South Windsor Pollution Facility discovered disinfectant wipes and paper towels clogging up their pumps and now, they have a message to send. 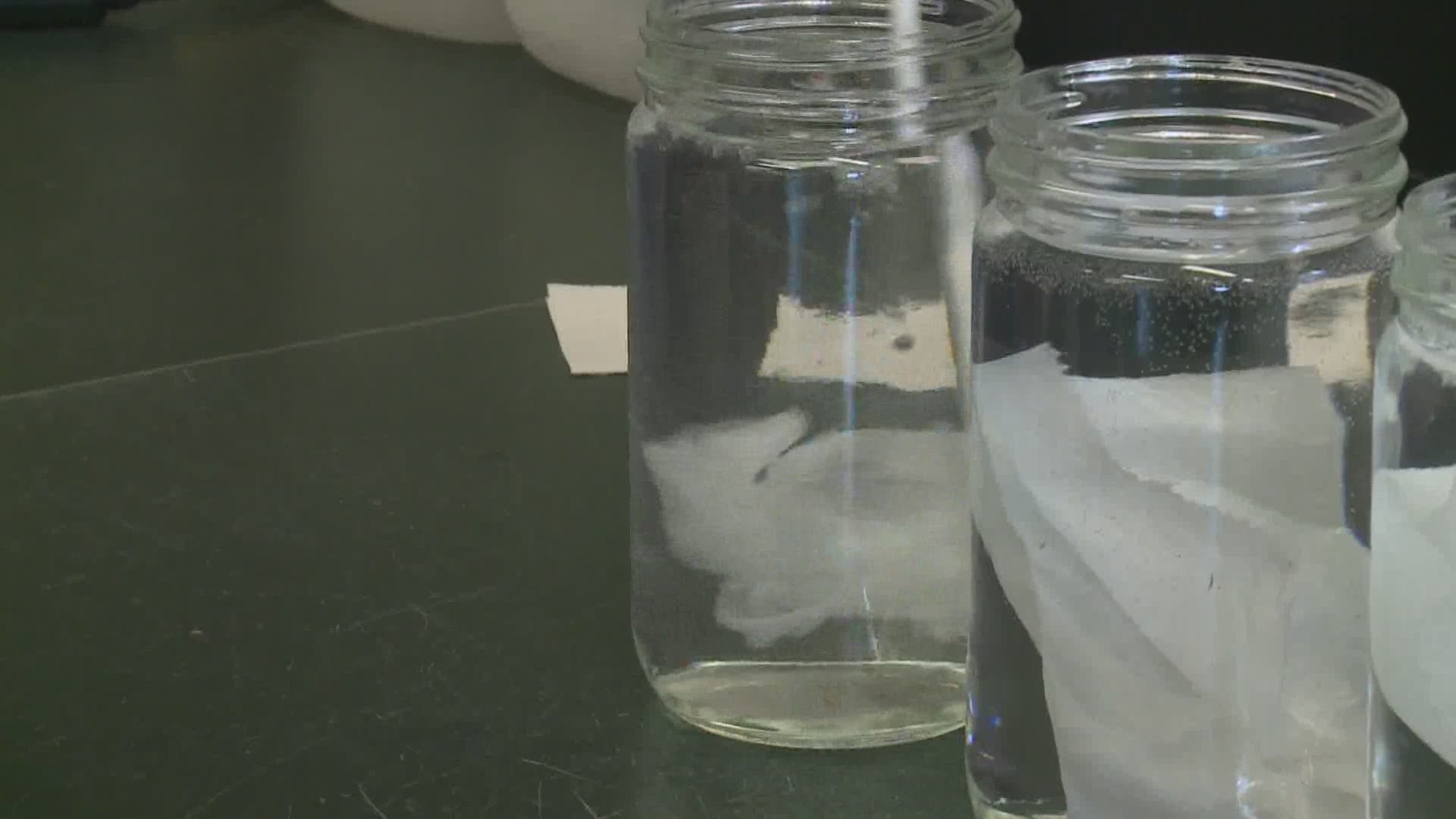 SOUTH WINDSOR, Conn. — Aside from toilet paper, people stocked up on disinfectant wipes and paper towels, but it is what people are doing with them after using that has caused quite a headache for Public Works in South Windsor.

Just recently, the South Windsor Pollution Facility discovered disinfectant wipes and paper towels clogging up their pumps and now, they have a message to send.

"Especially for this pandemic that we’re facing, we want people to sanitize and be healthy but we also want you to throw away the wipes. Flushable doesn’t mean pumpable," said Tony Manfre, superintendent for South Windsor Pollution Facility.

Manfre said even though some wipes say they are flushable, they are still too thick.

He took FOX61 to the laboratory where he demonstrated the difference between toilet paper, a piece of Clorox wipe and paper towel.

Through stirring, only the toilet paper was broken up and dissolved.

Manfre added finding four clogged pumps in one day was said to be a rare situation and typically it is once per week.

He said he has seen all types of objects clog up their pumps such as a bath towel and a dog bone.

With the uptick in wipes clogging the pumps, Manfre said his crew has had to call on extra manpower to do some unclogging and made sure nothing was damaged.

"If everything goes smoothly, it might be a two hour ... to get all your equipment and people in, get out to the station, pull the pump, remove the rags, the blockage, put everything back in service," added Manfre.

Manfre added only certain items can be flushed down the toilet.

If the pumps continue to be clogged up and not enough crews are able to keep up with unclogging them, it can eventually lead to backup in residential toilets.