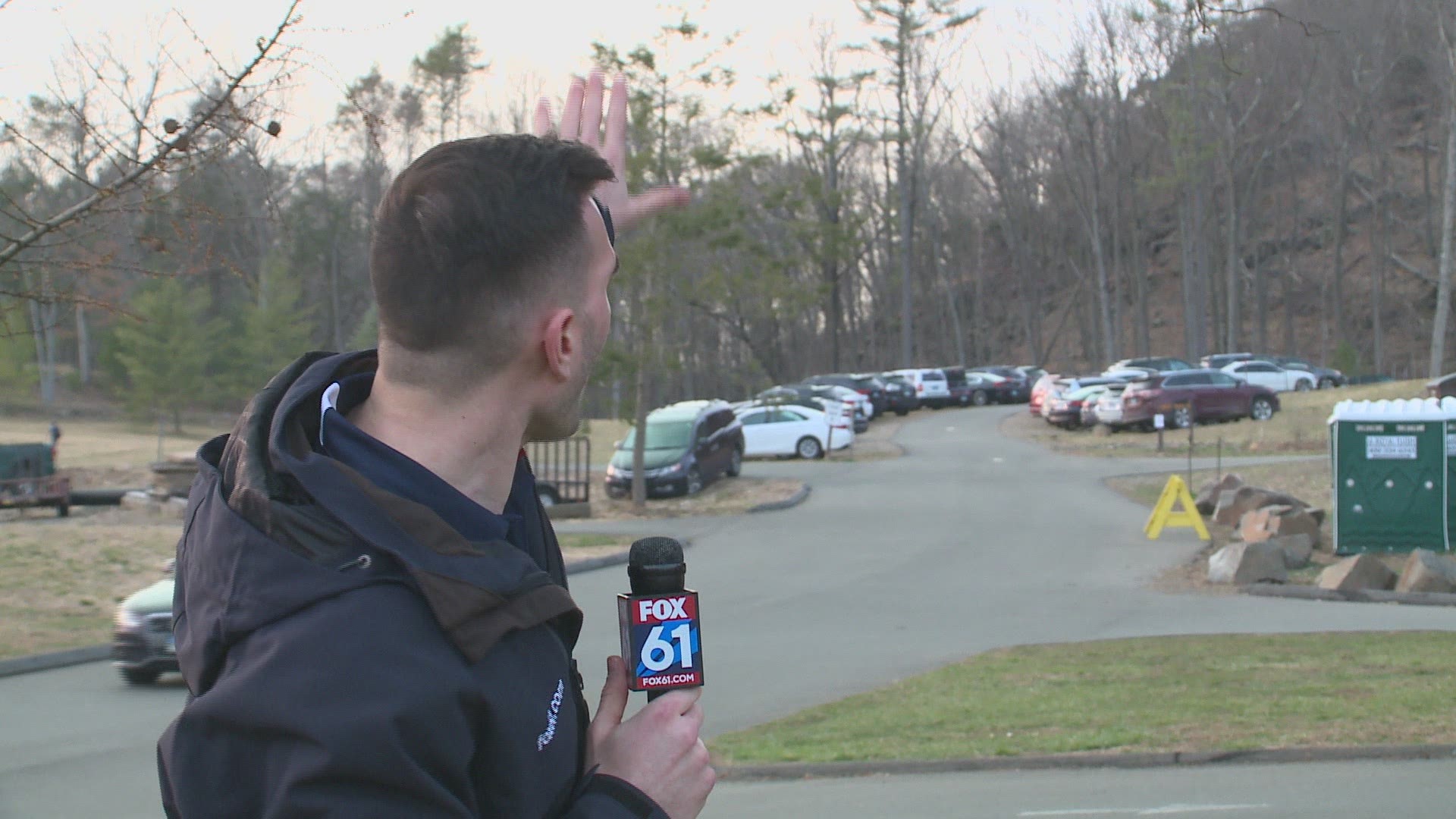 HAMDEN, Conn. — With people stuck inside, many are finding an outlet in outdoor activity. Parks and trails have seen an uptick in activity since the self-quarantining began. For hikers and the Department of Energy and Environmental Protection, safety is a top priority.

Hand sanitizer and social distancing were buzzwords along trails at Sleeping Giant State Park, in Hamden.

"Making sure to keep space between me and other people. Stay to the side so when people pass by we give adequate room," said Gina Apilla.

That was a little hard to do as Sleeping Giant was forced to turn cars away after reaching capacity. Cars lined packed lots and streets while a number of people explored the trails. Connecticut DEEP has seen an uptick on their trails since self-quarantining began

"There’s also a lot of anxiety out there and people need to have an outlet to be able to regulate, get fresh air and stretch their legs," said DEEP Commissioner Katie Dykes.

DEEP says stretching those legs is a good thing but is encouraging doing so in small groups or in solidarity. A good practice following the Governor asking to keep social gatherings to five or fewer people.

RELATED: Governor Lamont and Senators Chris Murphy and Richard Blumenthal push to get more help from the federal government

"When you’re taking a walk outside, when you’re seeing friends, stay a part and no more than five," said Governor Ned Lamont.

DEEP says indoor facilities at their parks are closed including picnic areas. They are encouraging the use of good hygiene, keeping your hands to yourself and avoiding parks with full parking lots.

DEEP says they are consistently monitoring the visitors coming to any one of the states 110 parks. They are happy with what they have seen.

"Connecticut residents are really doing a great job," said Dykes. "While we see a lot of visitor-ship, people are maintaining that space."