Stonington barbershop opens despite order not to 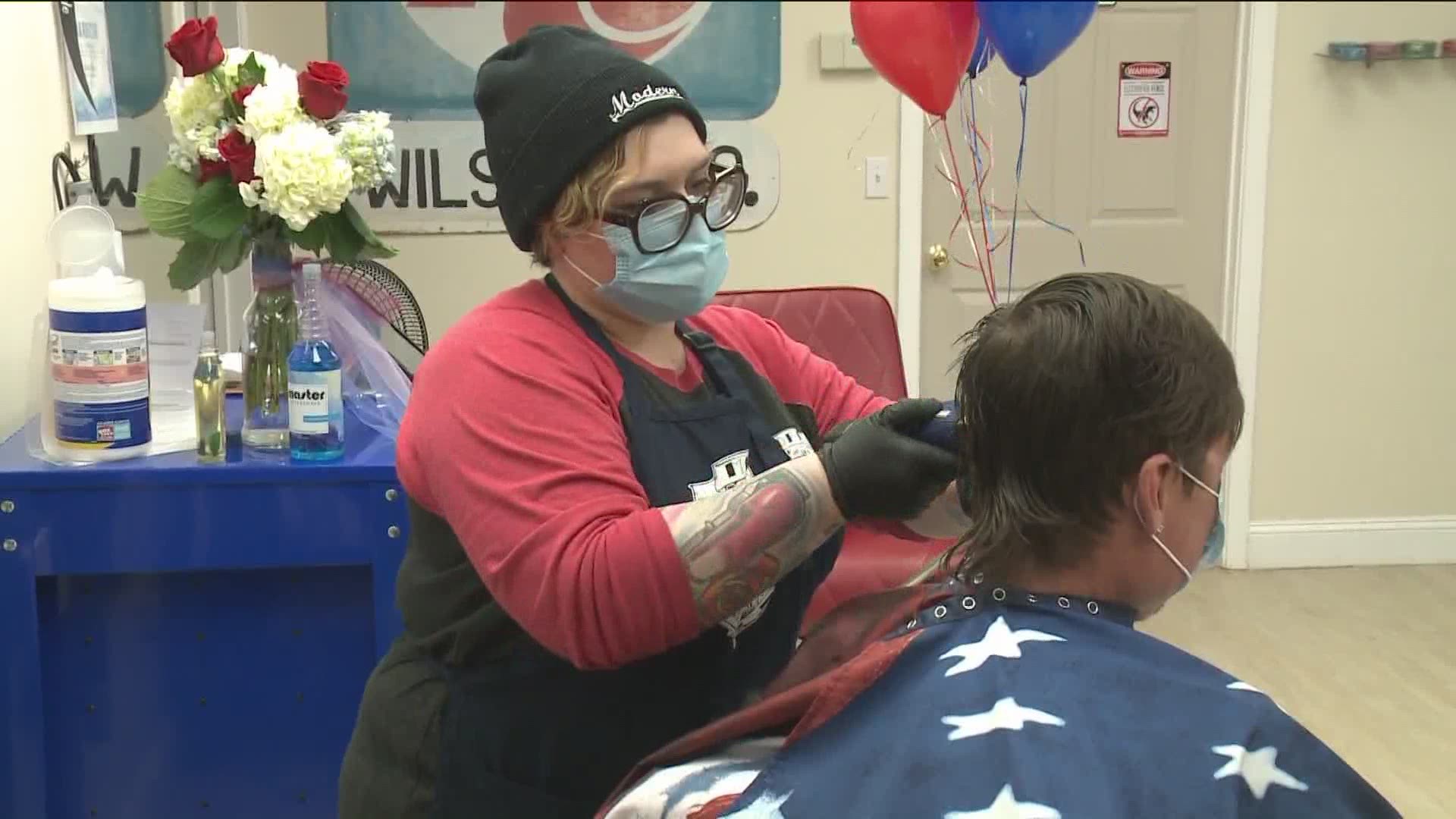 While restaurants, malls, and other retail were part of the roll-out of phase one of the reopening of Connecticut's economy Wednesday, some businesses are still stewing over having the rug pulled out from under them by Gov. Ned Lamont on Monday.

The governor’s new order, issued Monday, hit the pause button on barbershops and hair salons, until early June. But that did not prevent Modern Barber and Shave, in Pawcatuck, from reopening Wednesday.

"In his own speech, the governor admitted that there’s not a health crisis anymore," said the barbershop owner Cat Thibodeau.

The governor announced his about-face on Monday afternoon after he says he heard from many barbers and salons that they were not ready, for various reasons, to reopen.

"We’ve been preparing for nine weeks and I know tons of salons and barbershops in this area that want to open and are prepared to open and they have all the measures that he laid out," said Thibodeau.

An executive order from the governor has given local health departments the power to close businesses that are violating re-opening regulations. Thibodeau says the Ledge Light Health District paid her a visit Wednesday morning.

"They said, you know, you’ve done everything and more that we’ve asked of you and we are going to wait and see if we get official word from the governor," Thibodeau noted.

Well, Wednesday afternoon, Ledge Light Health District announced, in a press release, that they "will be issuing an order of closure to any establishment in violation of the Governor’s Executive Orders." This includes Modern Barber and Shave.

Thibodeau said she needed to reopen. She had to shell out several thousand dollars to prepare her shop to re-open.

"And that’s during the time when I’m getting negative income," she emphasized.

Modern Barber and Shave, when they have all six chairs operating, serves between 80 and 100 clients on a typical weekend day. However, Thibodeau is the only one there right now. She's expecting to serve about 10 clients a day for the time being.

RELATED: What to expect if you’re headed to the beach for Memorial Day weekend

When asked is she was prepared to potentially be arrested, as a Texas salon owner was two weeks ago, she replied "Yeah. If that’s what they want to do. That’s the only way they’re going to get me out of here because I’m going to stay."

Since taking a stand, Cat Thibodeau has received a lot of support, she says. In fact, a gentleman, who is not even a customer, drove all the way out to Pawcatuck from East Lyme just to tell her in person he supports her.