It meant there would be no State Champions in boys and girls basketball, hockey, or swimming and diving. 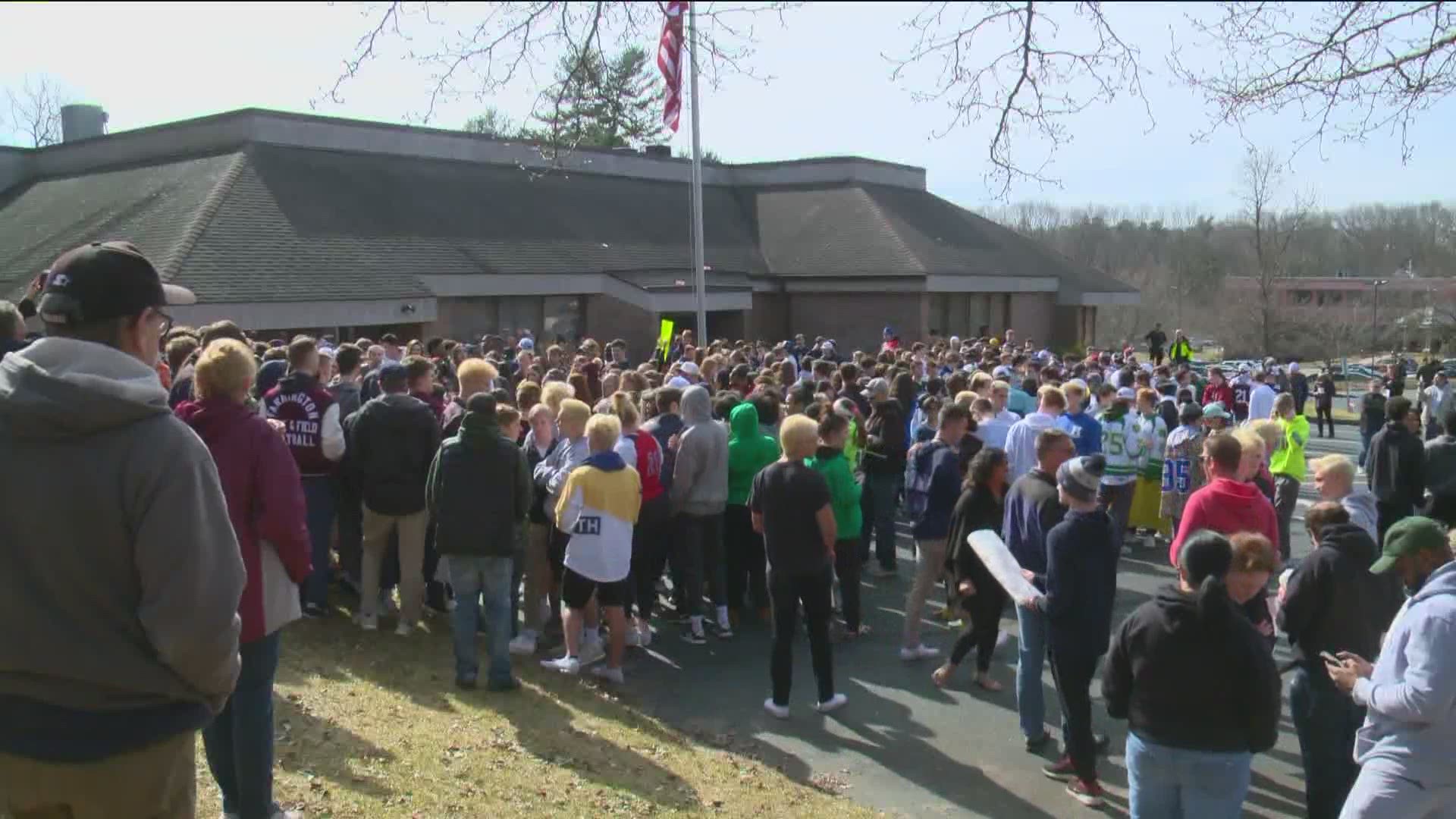 They were voicing their displeasure over having their winter sports championship tournaments cancelled because of concerns surrounding the coronavirus.

This parking lot, outside the offices of the Connecticut Interscholastic Athletic Conference in Cheshire, was jammed for over two hours, with student athletes, coaches and parents protesting the decision made Monday.

"We’ve had conversations with the Commissioner of Education and the Governor's office, who, in their press conference yesterday, the CEO mentioned that they respect and support the decision that we made," CIAC Executive Director, Glenn Lungarini said.

Lungarini also said he understands this decision brings out a lot of emotion.

"Yesterday, we all got together for two hours with our coaches and we just cried," said Ally Teklits, a member of the New Fairfield girl's basketball team.

"To be shut down, like this, we feel robbed," Sheehan Hockey's Devin Napoli said.

"It's really heartbreaking for our season to end like this," said Maddi Larkin, a Sheehan basketball player, flanked by co-captain Caroline Dighello.

"We work our tails off all year to make it to the postseason," Lyman Hall basketball player SP Pragano noted.

"Just let us play," pleaded Evan Scott-Alexander, a Hillhouse basketball player. "Everybody out here is hurt. You know, we just want to play our sports."

Lungarini said he intended to come outside and speak with the student athlete this morning.

"Unfortunately, there were some items that were thrown at the building," he said during an afternoon press conference. "There was some banging on doors and windows."

The biggest problem the group of student athletes had: the fact that schools are still open, subjecting them to large groups, yet they’re not permitted to play.

"The guidance from the governors office from the start has been to limit gatherings of more than 100 people and we saw a wide variety of cancellations," Lungarini said.

"If we play the games, with just no spectators, there’s way more kids in school," said Aidan Weir, a Lyman Hall/Haddam-Killingworth/Coginchaug hockey Captain. "It’s insane. I can’t believe they did this."

According to Lungarini, the Connecticut High School Coaches Association supported the decision, but certainly not all coaches are on board.

"Nobody wants to play to an empty gym or an empty arena, but, you know what, we would’ve done it," Wilbur Cross boys basketball head coach, Kevin Walton said.

"We would’ve played in the barn for an opportunity to play for the state championship."

"Put the tournaments back on and let the boys play," Lyman Hall's Joshua Seichter screamed.

The CIAC says  decision is firm.

"You know, it’s a difference when you lose a game and you’re out as opposed to somebody just totally ripping it away from you and saying it’s over," said Vera Esdaile, the mother of a Wilbur Cross basketball player.

"That could’ve been my last time touching a basketball and I wasn’t even prepared," New Fairfield basketball's Abby Flanagan said.

Lungarini said, in speaking with other states that are dealing with this,  they wished they had done more sooner to prevent the spread.

So according to him, this decision is the CIAC's way of doing more to prevent the spread.