Delta variant symptoms similar to original COVID and can be fought with a vaccine, doctors say 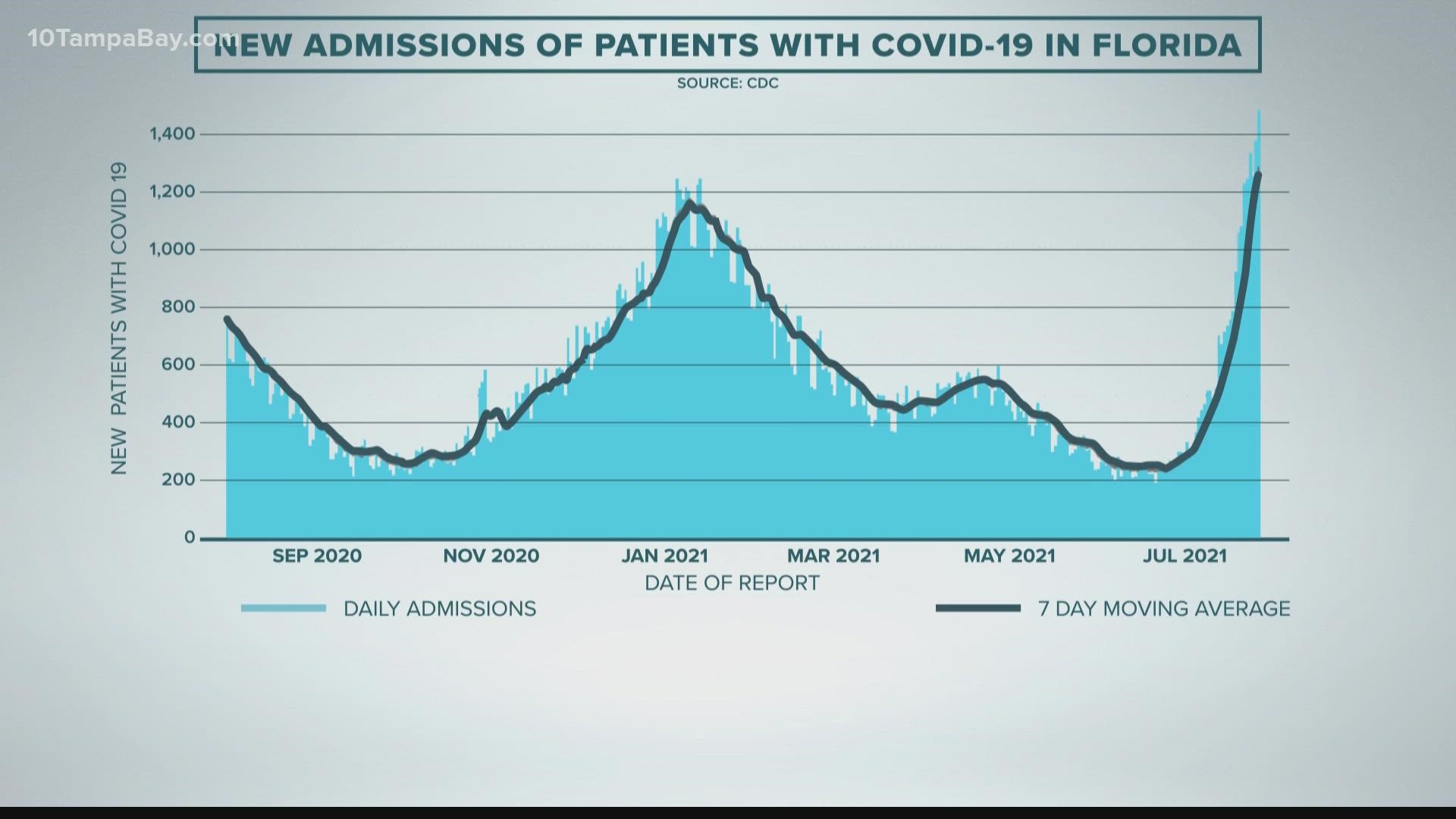 ST. PETERSBURG, Fla. — The COVID-19 delta variant is by far the most dominant variant circulating right now in the United States, according to the Centers for Disease Control and Prevention.

First detected in March 2021 in the U.S. after causing widespread sickness and death in India, the CDC says the delta variant is considered to spread more easily from person to person compared to other variants that have been detected so far throughout the pandemic.

It appears as infectious as chickenpox, which cases are considered rare now in the U.S. since the introduction of a vaccine.

Symptoms of the delta variant, so far, are believed to be the same as the original version of COVID-19, according to UC Davis Health. Some of those include fever or chills, cough, new loss of taste or smell, sore throat, shortness of breath or difficulty breathing and more, the CDC says.

But doctors note the most noticeable difference from the earlier version and other variants is how quickly people fall ill, especially those who didn't get a COVID-19 vaccine.

"We knew that if people didn't get this vaccine, that we were going to have a problem," Dr. Jason Wilson, Tampa General Hospital's emergency department director said in an earlier interview. "Instead of people in their 70s, like we were seeing a year ago, our hospital now has people in their 40s."

So-called "breakthrough" infections can occur among vaccinated people, who still can spread the virus, but those are considered more uncommon with milder symptoms.

On Friday, the Florida Department of Health reported 110,477 new cases overall for the week of July 23-29 — an average of 15,782 new cases a day. The percent positivity of new cases climbed to a new months-long high of 18.1 percent.

People 12 and older are eligible to receive the Pfizer COVID-19 vaccine, while the Moderna and Johnson & Johnson vaccines are authorized for people 18 up. All have been found to be effective against COVID-19, with a recent study finding two doses of the Pfizer vaccine offering 88-percent protection against infection caused by the delta variant.

Visit the Florida Department of Health's website to find a vaccine location near you.