Governor Lamont pointed to a lack of resources as one of the biggest factors. 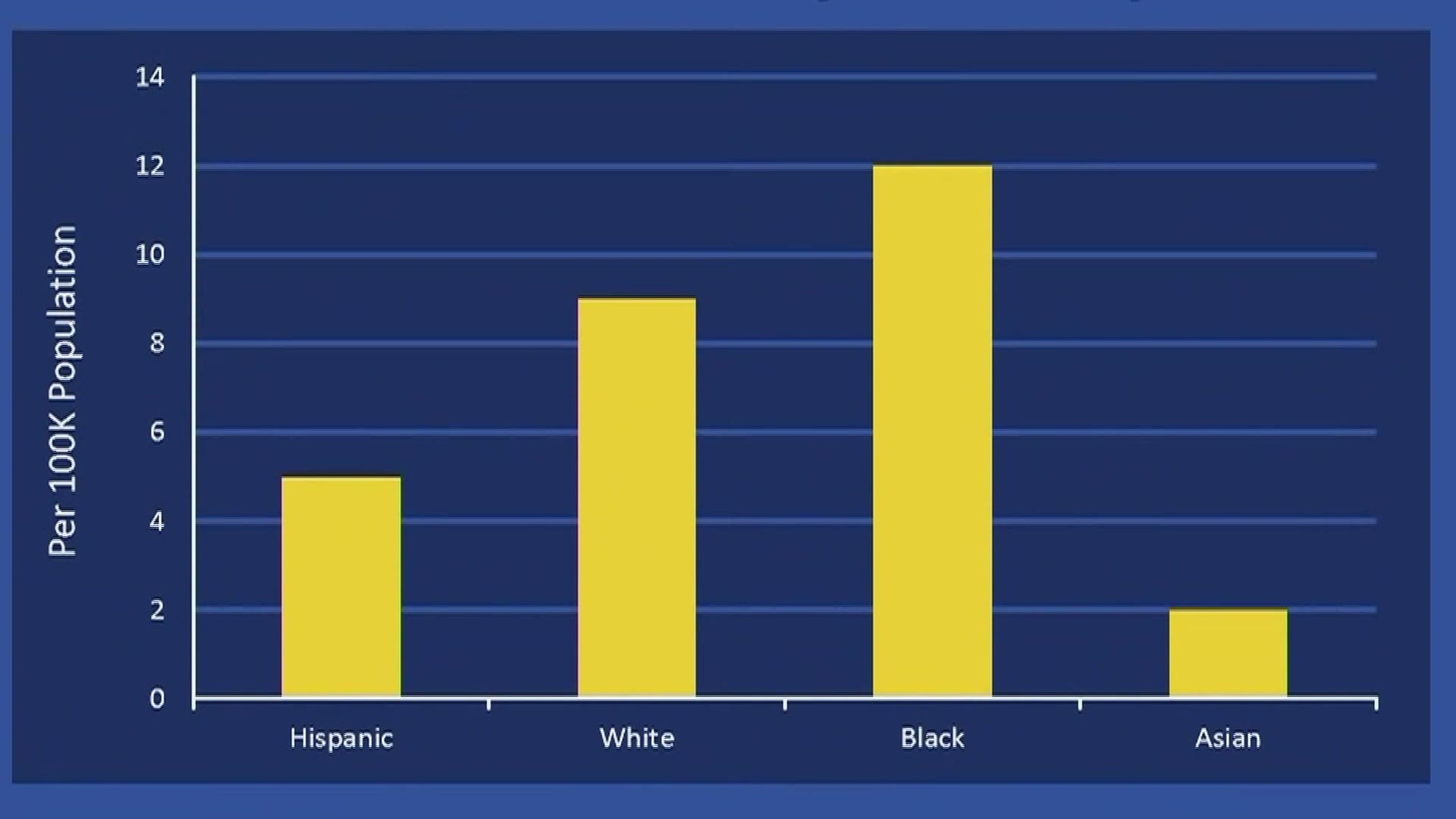 HARTFORD, Conn — Governor Ned Lamont talked about African Americans being the most at-risk population for COVID-19 in Connecticut and Hartford Mayor Luke Bronin again acknowledged that in his news conference on Thursday.

Lamont pointed to a lack of resources as one of the biggest factors.

Bronin clarified the definition of drive-thru testing and said if you do not have a car, it does not mean you cannot be tested.

Trinity Health has also opened up Fever and Upper Respiratory Infection clinics (FURI) throughout the state so patients with COVID-like symptoms do not have to crowd emergency rooms.

Bronin also highlighted the importance of preventing the spread to the elderly.

Dr. Reginald Eadie with Trinity Health New England said education and awareness are a good way to start and continue.

"We’ve done multiple webinars which I’m sure you guys have seen where we educated the communities. I personally went on - this was before the churches were closed - went to a number of churches in the city of Hartford to educate the congregations on things like how to wash your hands properly and social distancing," said Dr. Reginald Eadie.

If you do not have health insurance, Access Health CT's special enrollment period ends April 17th.