US Navy fires captain who sought help for virus-stricken ship

Navy leaders said Capt. Brett Crozier created a panic by sending his memo pleading for help to too many people. 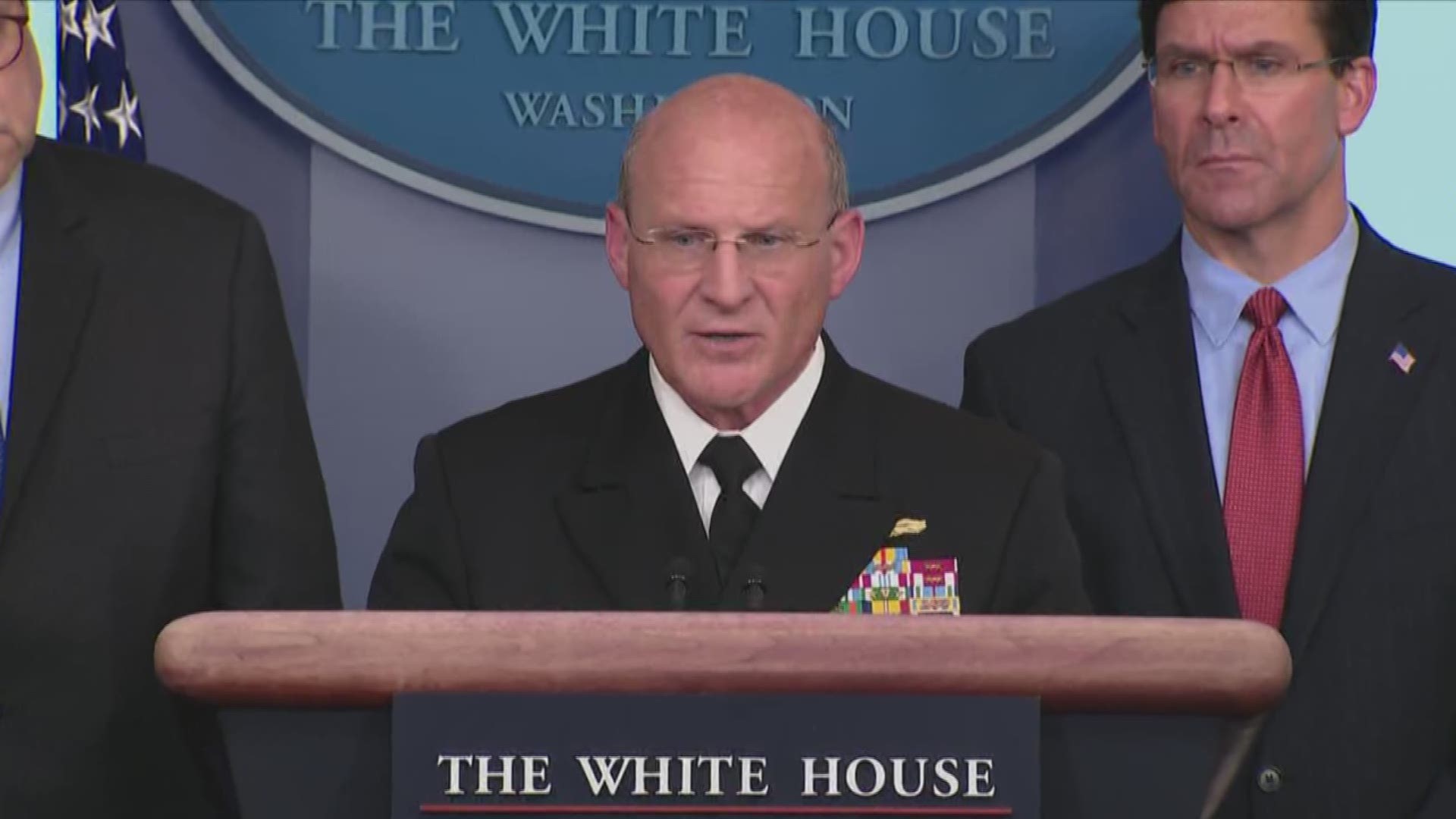 WASHINGTON — The captain of a U.S. Navy aircraft carrier facing a growing outbreak of the coronavirus on his ship was fired Thursday by Navy leaders who said he created a panic by sending his memo pleading for help to too many people.

Navy Secretary Thomas Modly said the ship's commander, Capt. Brett Crozier “demonstrated extremely poor judgment” in the middle of a crisis. He said the captain copied too many people on the memo, which was leaked to a California newspaper and quickly spread to many news outlets.

Modly's decision was immediately condemned by members of the House Armed Services Committee, who called it a “destabilizing move” that will “likely put our service members at greater risk and jeopardize our fleet’s readiness."

Modly told Pentagon reporters during an abruptly called press conference Thursday that Crozier should have gone directly to his immediate commanders, who were already moving to help the ship. And he said Crozier created a panic by suggesting 50 sailors could die.

USS Theodore Roosevelt, with a crew of nearly 5,000, is docked in Guam, and the Navy has said as many as 3,000 will be taken off the ship and quarantined by Friday. More than 100 sailors on the ship have tested positive for the virus, but none are hospitalized at this point.

He complained that Crozier sent the memo to people outside his chain of command and in a non-secure, unclassified email. And, he said he concluded that the captain's ability to react professionally was overwhelmed by the virus challenge, "when acting professionally was what was needed most. We do, and we should, expect more from the commanding officers of our aircraft carriers.”

Modly said he has no information to suggest that Crozier leaked the memo to the press. But he said that if Crozier had communicated only with his leadership and not widely distributed the memo, he would likely still have a job.

Credit: AP
FILE - In this April 13, 2018, file photo the USS Theodore Roosevelt aircraft carrier is anchored off Manila Bay west of Manila, Philippines. The captain of the U.S. Navy aircraft carrier facing a growing outbreak of the coronavirus is asking for permission to isolate the bulk of his roughly 5,000 crew members on shore, which would take the warship out of duty in an effort to save lives. The ship is docked in Guam (AP Photo/Bullit Marquez, File)

Democrats on the House committee issued a joint statement in support of Crozier. They said that while the captain went outside his chain of command, the pandemic presents a new set of challenges.

“Captain Crozier was justifiably concerned about the health and safety of his crew, but he did not handle the immense pressure appropriately,” the lawmakers said. "However, relieving him of his command is an overreaction.”

Crozier, in his memo, raised warnings the ship was facing a growing outbreak of the coronavirus and asked permission to isolate the bulk of his crew members on shore, an extraordinary move to take a carrier out of duty in an effort to save lives.

He said that removing all but 10% of the crew would be a “necessary risk” in order to stop the spread of the virus.

“We are not at war. Sailors do not need to die. If we do not act now, we are failing to properly take care of our most trusted asset our sailors,” said Crozier.