Using a 3D printer that his robotics team let him borrow, Jonah has spent the better part of a month making high end masks that are designed for doctors and nurses. 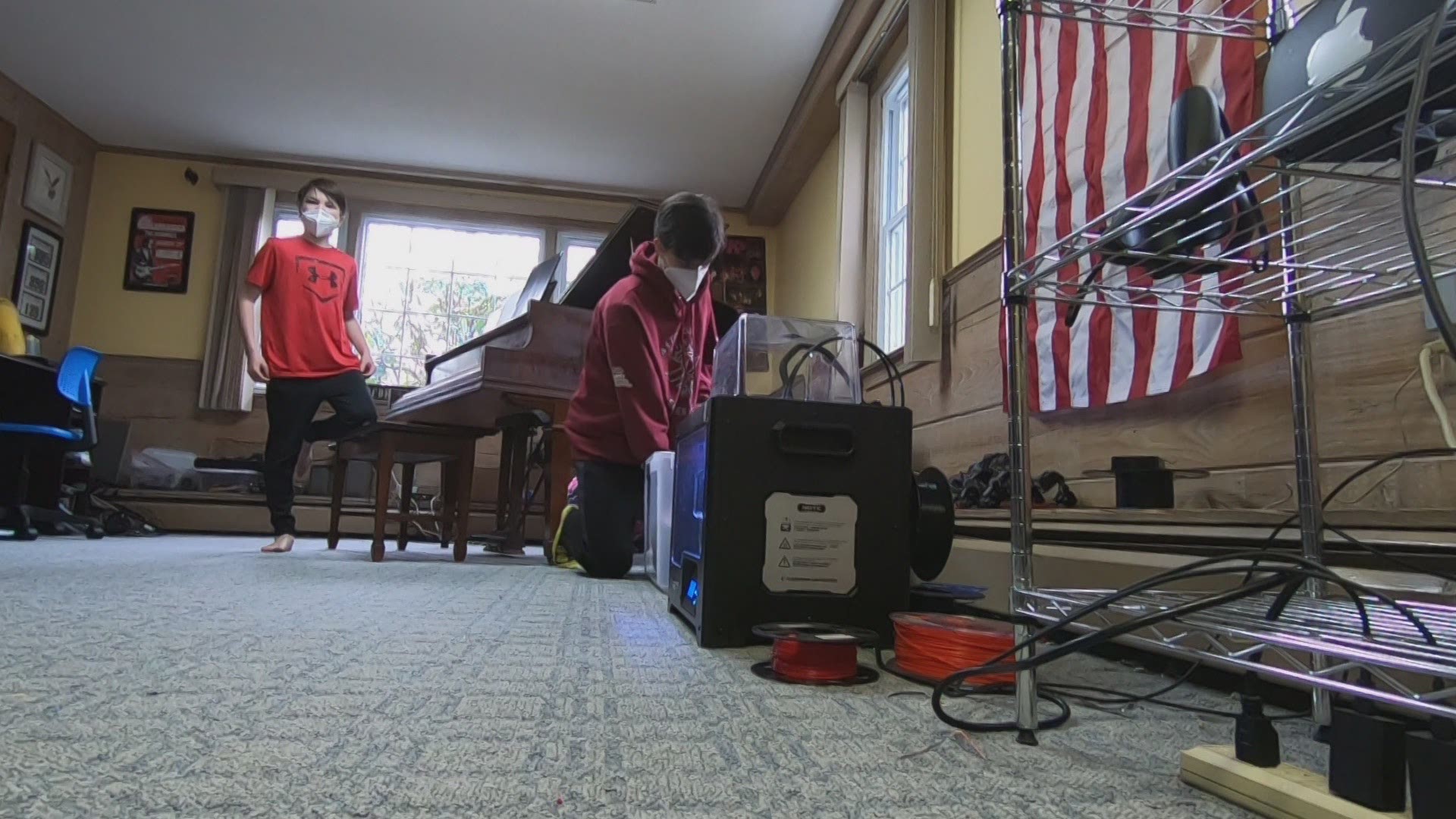 GLASTONBURY, Conn — This time of year Jonah Hornak, a freshman at East Catholic High School in Manchester would usually be perfecting parts for the latest and greatest robot for an upcoming robotics competition.

With the shutdown due to COVID-19, from his basement in Glastonbury, Hornak is using his robotics talents for something else — to create medical masks for frontline workers and medical staffers.

“The opportunity came and I seized it,” Hornak said, “I just thought it would be a good idea.”

Using a 3D printer that his robotics team at East Catholic let him borrow, Hornak has spent the better part of a month making high end masks that are designed for doctors and nurses.

Barry Curcio, the mentor of the East Catholic High robotics team, said getting students to give back, especially in crisis time, only builds character.

“We couldn’t do robotics but we have kids could do stuff so we wanted to help out the community,” Curcio said.

The East Catholic robotics team affectionately known as “Aetos Dios”, will likely miss out on the rest of this year’s season.

However, Hornak says, while waiting in the wings, he has made the most out of his technical capabilities, “It feels like I’m really doing my part to help out."