State officials believe mobile clinics are the way to get into communities where more education and access to the vaccine are needed. 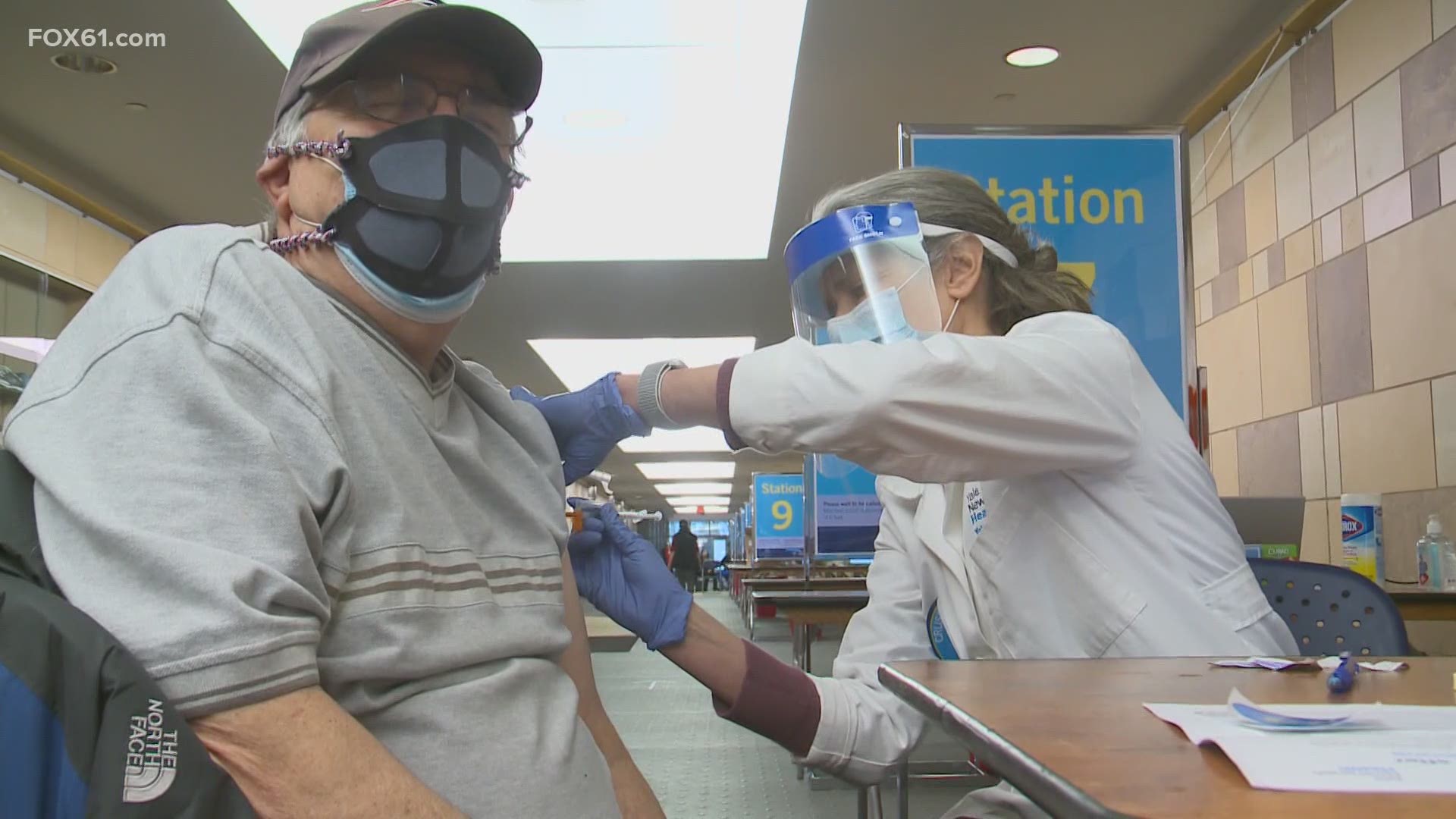 CONNECTICUT, USA — The state’s push to vaccinate continues even as the number of vaccinations has dropped in recent weeks.

"Supply has outpaced demand, and this was something that I think the state had predicted," said Head of Infection Prevention at UConn Health Dr. David Banach.

The excess supply is making it easier than ever to get the shot. No appointment was necessary at the Floyd Little Field House in New Haven to receive a vaccination. Some other Yale-New Haven Health clinics will be offering the same opportunity this week.

Nearly 50% of the state's population has received their first dose of the vaccine.

"Our next goal is to identify why those individuals have not been vaccinated," said Dr. Banach. "Is it because they have concerns or questions about the vaccine? We will try to address those questions."

Dr. Banach believes that hesitation to receive the vaccine could be for several different reasons. Whether it be safety concerns, personal health circumstances, or accessibility. It is something the state and the country are trying to overcome.

"We need an even greater federal commitment and outreach to assure people that all of these vaccines, every one of them, are safe and effective," said Senator Richard Blumenthal.

Getting the message out and shots into arms was the goal of the FEMA popup clinic in Meriden Sunday afternoon. Senator Blumenthal believes more federal dollars need to be put into FEMA mobile clinics.

"There are 30 of them right now around the country," said Blumenthal. "We should triple and quadruple that number and bring more here to Connecticut."

State officials believe mobile clinics are the way to get into communities where more education and access to the vaccine are needed. Griffin Hospital teamed up with Hamden to do just that over the past week. They made a stop Sunday at the Christian Tabernacle Baptist Church.

"It’s important because you’re not only helping yourself, but you’re also helping your fellow citizens in the community," said John Daniley, Chairman of the Trustee Board at Christian Tabernacle Baptist Church.

There are thousands of people around the country who have skipped their second shot of the Pfizer or Moderna vaccine. Dr. Banach says it’s ok if you miss the suggested three-week window to still get that second shot. He says that the second dose is critical to high levels of immunity.