Biden has said that slowing down the spread of COVID-19 and getting 100 million vaccine shots to every American was a priority. 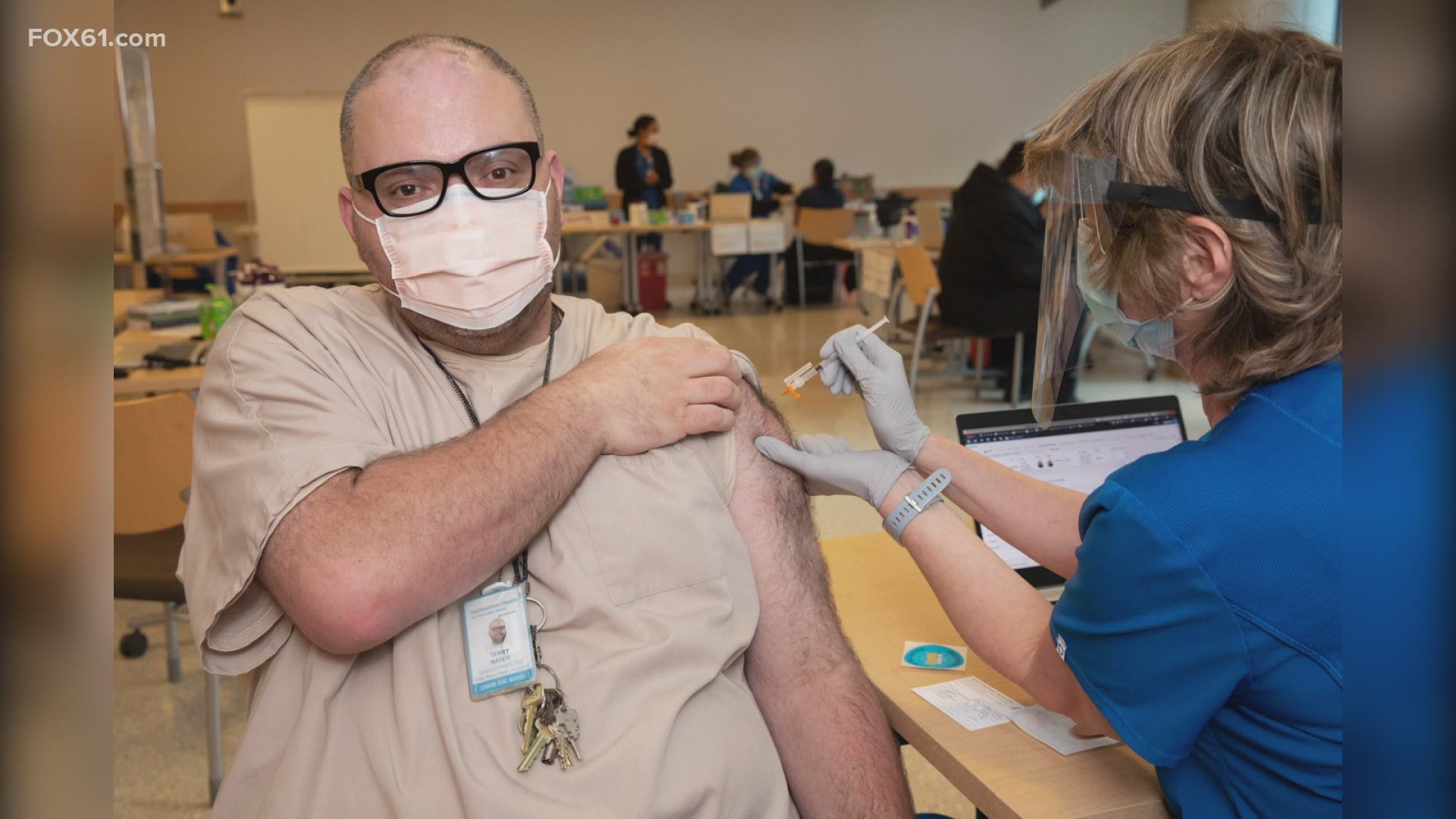 NEW HAVEN, Conn. — Newly sworn in President Joe Biden and his advisers are inheriting no coronavirus vaccine distribution plan to speak of from the Trump administration, sources tell CNN, posing a significant challenge for the new White House.

The Biden administration has promised to try to turn the COVID-19 pandemic around and drastically speed up the pace of vaccinating Americans against the virus. But in the immediate hours following Biden being sworn into office on Wednesday, sources with direct knowledge of the new administration's COVID-related work told CNN one of the biggest shocks that the Biden team had to digest during the transition period was what they saw as a complete lack of a vaccine distribution strategy under former President Donald Trump, even weeks after multiple vaccines were approved for use in the United States.

"There is nothing for us to rework. We are going to have to build everything from scratch," one source said.

Another source described the moment that it became clear the Biden administration would have to essentially start from "square one" because there simply was no plan as: "Wow, just further affirmation of complete incompetence."

Locally, Yale-New Haven Hospital has said, "We need more allocation from the federal government. The state is simply receiving many many fewer doses than we actually need. If our goal is to get 80% of the adult population in the state of CT vaccinated over the next 5 months, you can back into the math, but you need to vaccinate 280,000 individuals per week in order to get there."

The incoming White House now faces intense pressure to make good on the promises that Biden made during the campaign and the transition phase to drastically turn things around on the pandemic and conduct himself entirely differently from Trump when it comes to the virus and vaccine distribution.

Prior to Inauguration Day, some of Biden's COVID-19 advisers had wanted to be careful not to be overly critical in public of the Trump administration's handling of the virus and vaccine, given that the Biden transition team was already having a hard time getting critical information and cooperation from the outgoing administration, the source said.

Now that the transition of power has taken place, the Biden administration is hoping that they can quickly start to get a clearer picture of where things actually stand with vaccine distribution and administration across the country, going through something of a "fact-checking" exercise on what exactly the Trump administration had and had not done, they added.

CNN has previously reported that the Biden team's most urgent concerns on COVID-19 include potential vaccine supply problems, coordination between federal and local governments, as well as funding, staffing and other resource needs for local governments. That is in addition to the emerging COVID variants, which the new White House -- in consultation with scientists and experts -- is watching warily.

Biden has made clear that slowing down the spread of COVID-19 and getting 100 million vaccine shots into Americans' arms in his first 100 days in office are of utmost priority -- goals that will shape whether Biden's first years in office are ultimately deemed successful.

Within hours of being sworn into office, Biden signed an executive order requiring masks on all federal property, a part of his campaign promise to push for a federal mask mandate during his first 100 days in office.

"This is going to be the first of many engagements we're going to have in here," Biden said in his first appearance in the Oval Office as president. "I thought with the state of the nation today there's no time to waste. Get to work immediately."

On Biden's first full day in office on Thursday, the White House is focusing on COVID-19 by rolling out a national strategy for getting the pandemic under control including numerous executive actions related to vaccination and testing.

Criticizing the "lack of cooperation" from the Trump administration as an "impediment" for the new administration, White House COVID coordinator Jeff Zients told reporters on Wednesday that he was still confident that the administration can meet its 100 million vaccine shots in 100 days target.

"For almost a year now, Americans could not look to the federal government for any strategy, let alone a comprehensive approach to respond to COVID," Zients said. "And we've seen the tragic costs of that failure. As President Biden steps into office today ... that'll change tomorrow."