Parents and politicians discussed potential legislation they say would discriminate against Black and Brown families. 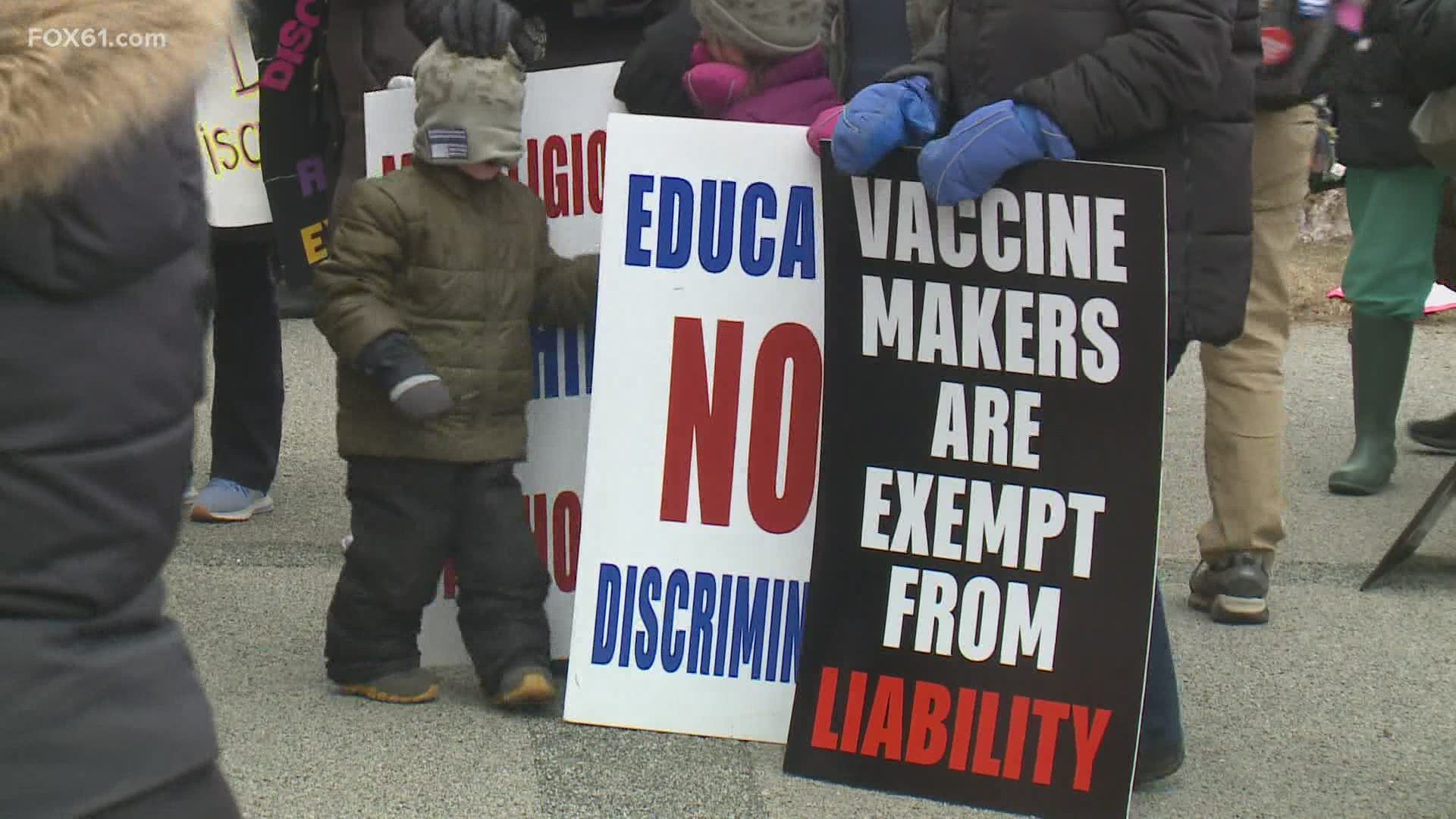 BRIDGEPORT, Conn. — At a time when vaccines are at the center of our conversations statewide, they were also the center of a meeting in Bridgeport on Thursday.

"I don't think it's in the hands of any government or any legislator to mandate my choice away," said activist Wanda Simmons.

The panel's conversation was about two bills that, if passed,  would remove the religious exemption for vaccinations.

Alfreda Johnson said she was coerced into giving her son an H1N1 influenza vaccine ten years ago and his side effects she says were horrible, causing him to have over 13 surgeries.

"A failed bone marrow, they treated him as if he had cancer, losing his hair, it was just downhill for our son," she said.

"I think that these two bills…we see what happened with COVID," said Simmons.

In the 2019-20 school year, the most recent data available, 8,328 children in Connecticut claimed the religious exemption. That's up from 7,782 in the previous year.

"When they removed the religious exemption…in their best interest," said Jordan.

It's important to note that the bill does not force children to be immunized…it bars unvaccinated children, who don't qualify for some type of medical exemption from enrolling in school.

Leann Ducat is the founder of Informed Choice CT, a group dedicated to restoring and protecting personal parental and health freedoms in Connecticut.

"One size really does not fit all… between races they're very different," said Ducat.

If passed, the religious exemption would be removed starting on September first of 2022.