Statewide, only about 40% of long-term care facility staff have chosen to get the vaccine. 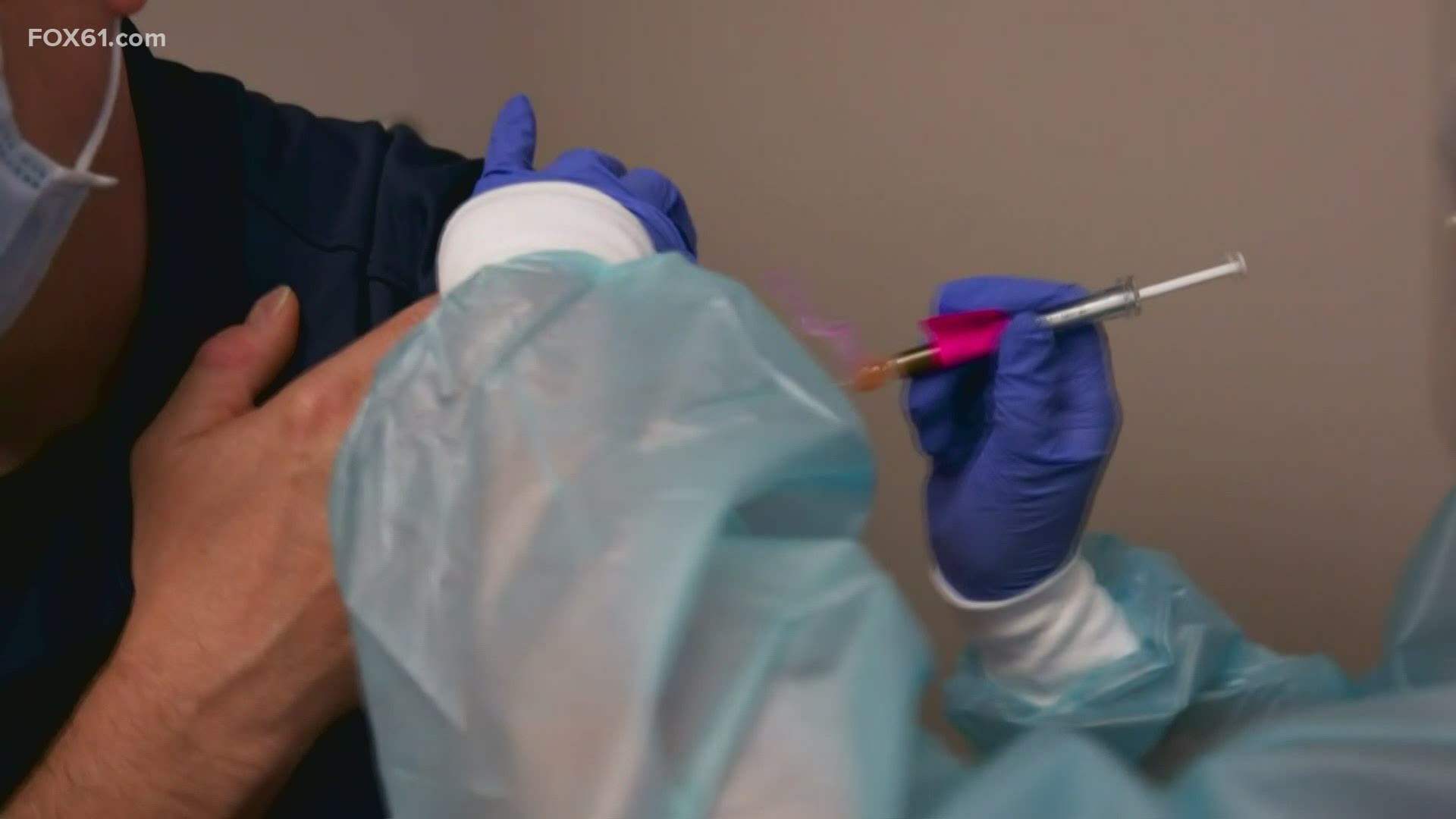 CONNECTICUT, USA — On Friday, Connecticut became the 1st state in the nation to complete the first dose of vaccines at the long-term care facilities. The final facility to receive the vaccine was LiveWell assisted living in Southington. Gov. Ned Lamont was on hand to mark the achievement. LiveWell CEO Michael Smith said, "This is a big celebration day."

But many of the workers at long-term care facilities aren’t getting vaccinated. Healthcare Union 1199NE is making videos to encourage taking the shot. "I would really really like people to stand up my coworkers and union members and take the vaccine. We’re all hoping for a vaccine. Now it’s here and we don’t want to take it," said Verna Redwood, a CNA at Autumn Lake Healthcare.

Statewide, only about 40% of long-term care facility staff have chosen to get the vaccine. LiveWell is an outlier at 90% uptake. How did they do it? LiveWell COO Maley Hut said, "By conducting Zoom meetings with one of our physicians. She’s been doing group sessions for staff and family members."

In fact, LiveWell is an outlier in a lot of ways. They’ve been able to keep COVID free for over 270 days until December 11th. "We did experience a few more positive cases but only for 11 days we managed through the use of negative pressure, N95 respirators, and extensive PPE to stop the spread after only 11 days," said Hunt.

LiveWell conducts daily rapid antigen testing of all staff, offers salary incentives for keeping the virus out, even stood up an on-site grocery store. "A total legit grocery store. We were packing groceries for people 3 times a week. When you put that bubble around people you treat this as a total public health issue rather than a protection of a group of residents," explained Smith.

Vaccine versus virus, it's now a race against the clock to educate and inoculate as the levels spike. "Give it another couple of weeks, the second doses will be coming on time I think you’ll see a big difference made," said Gov. Lamont.

Connecticut is still on track to complete both doses of the vaccine for everyone who elected to take it in group 1-A, before moving to the more complicated 1-B population of about 800,000 people.