College students seemed interested in getting a vaccination, but some were apprehensive and wanted to take their time making the decision. 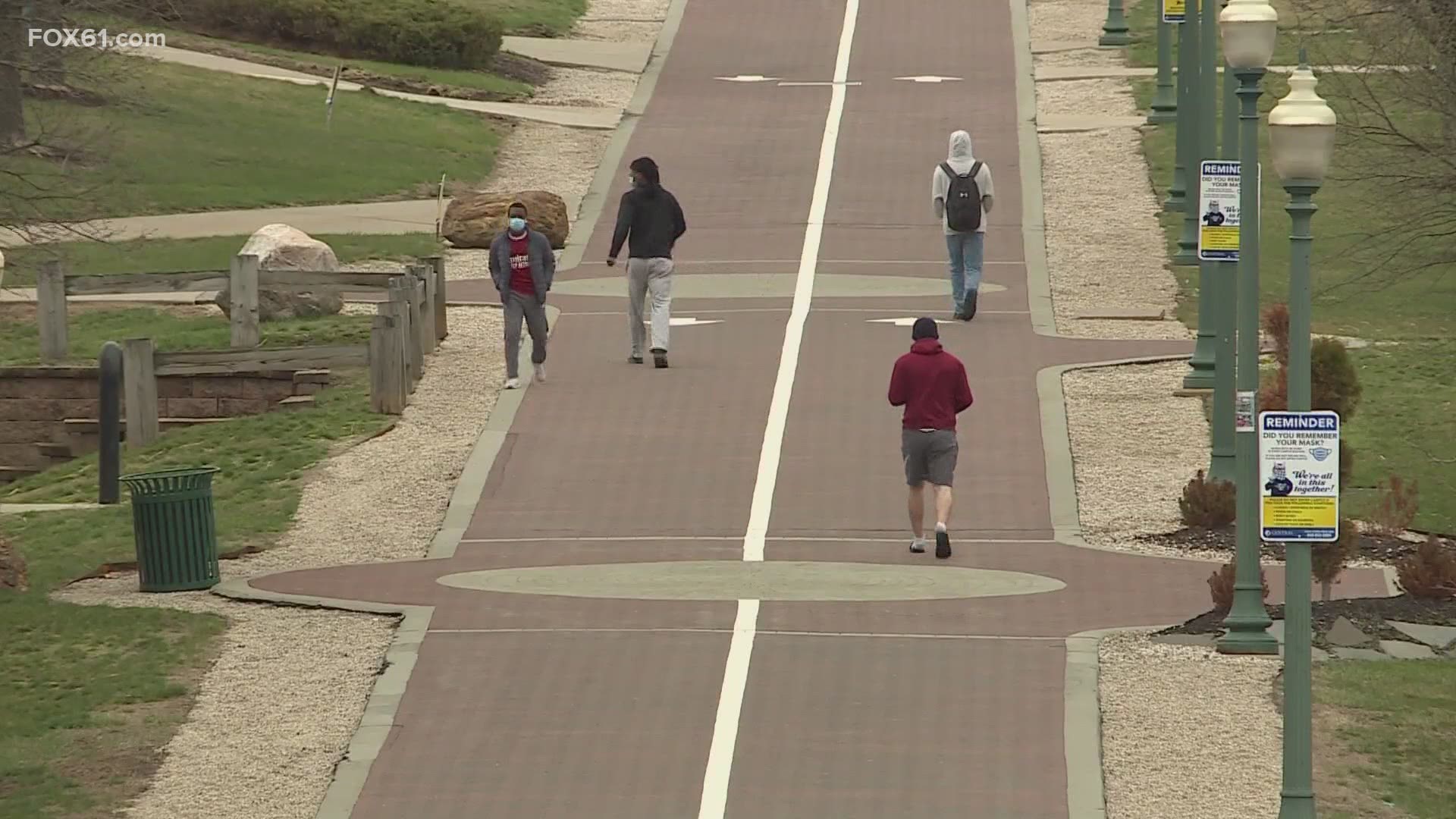 College students seemed interested in getting a vaccination, but some were apprehensive and wanted to take their time making the decision.

“I actually spent the early morning of today already looking for an appointment, so I’m definitely interested in getting one,” said Lucas Rodrigues, a 23-year-old grad student at Quinnipiac University.

He said he wants to get a vaccination because he respects and understands the effectiveness of the vaccine.  He also wants society to return to normalcy after the scare over the past year.

Others wanted to wait a little while before receiving the vaccine.

However, he said he plans to get a vaccination in order to keep his family safe.  He said his friends are concerned about the effectiveness of vaccines in preventing the virus.

“I feel like I am I’m healthy enough to where I don’t need it,” said CCSU junior 21-year-old Nicholas Knight. “I didn’t plan on getting it or going out of my way to get it, but if it’s here then I’ll get it just in the interest of protecting others.”

“It’s early in the production,” Jayson Bubel, a 19-year-old sophomore at CCSU said.  “I just want to see how everything works out with other people, how they are affected by it, and then I’ll consider taking it.”

“They just don’t feel comfortable with it and they don’t think that there was enough testing yet, because it is so new,” said Arden Peters

Peters is an 18-year-old freshman at Quinnipiac University.  She said some people she knows have hesitations, but as a nursing student, she is fully vaccinated.

“I think that anyone available to the opportunity to get it, should get it because it could help us with herd immunity,” Peters said.