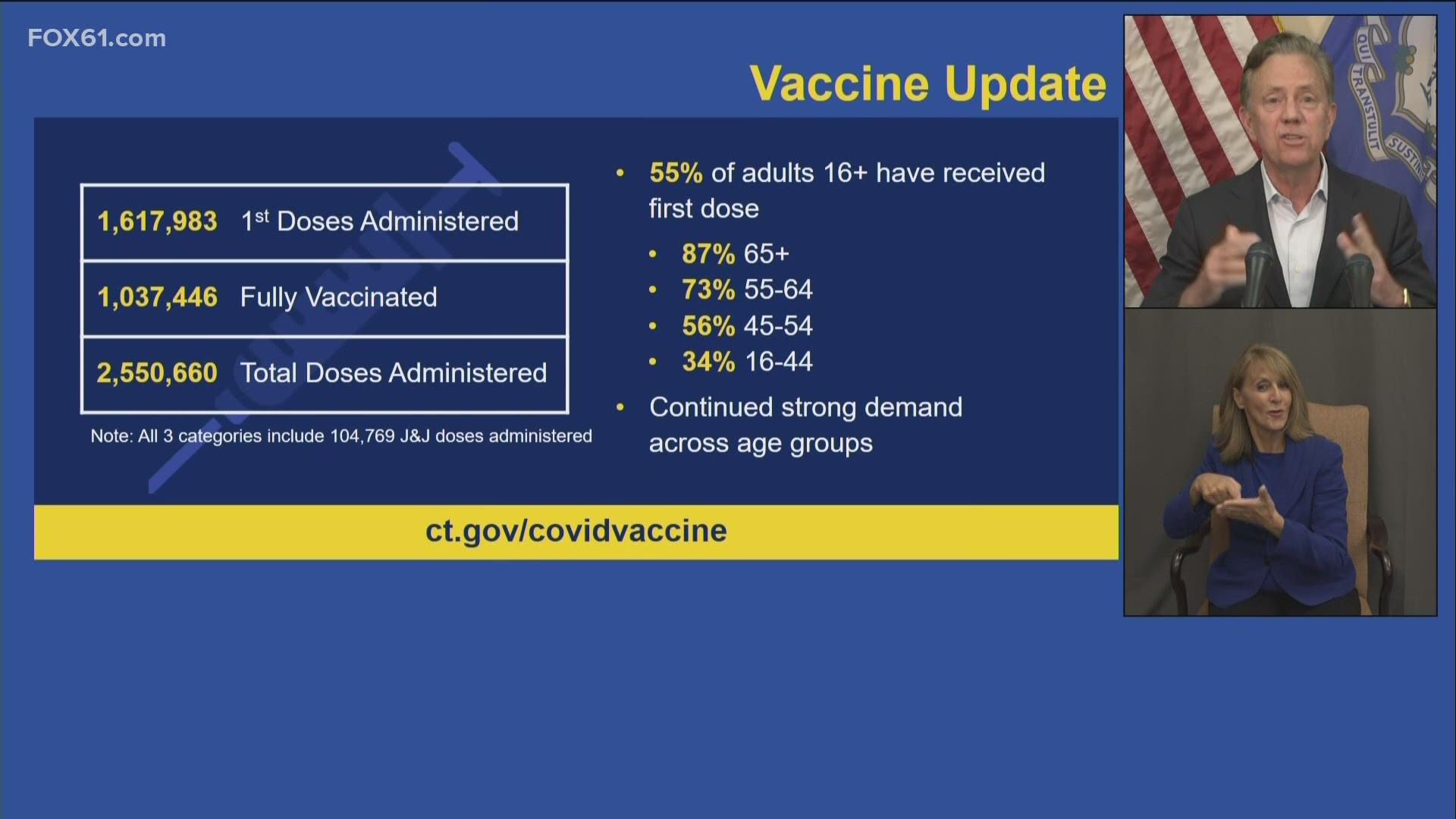 During his press conference, Lamont said 1,037,446 people have been fully inoculated against COVID-19 while more than 2.5 million doses have been administered in Connecticut as of April 15.

Data shows that 55% of eligible residents in the state 16 years or older have received a first dose of the vaccine.

Lamont noted that the younger people have a lower percentage due to the vaccine only being available to them since April 1.

The towns with the highest percentage of residents vaccinated are Lyme with 75% receiving at least one dose and Old Saybrook with about 72%.

The cities in the state are among the lowest in terms of the population receiving the vaccines.

Hartford has the lowest percentage of people getting at least one dose with 27.85%. The second-lowest town in terms of vaccines is rural Mansfield with about 28%. Bridgeport and Waterbury follow with about 30% each.

Waterbury has one of the highest case rates per 100,000 population in CT. Last week, Gov. Lamont pointed out that the Naugatuck Valley region was having an outbreak of cases.

To address the high number of cases, Lamont said he will be sending in the Griffin mobile vans to provide mobile vaccine units for residents.