Governor Lamont said they’re receiving on average nearly 50,000 doses of the COVID-19 vaccine per week from the federal government. 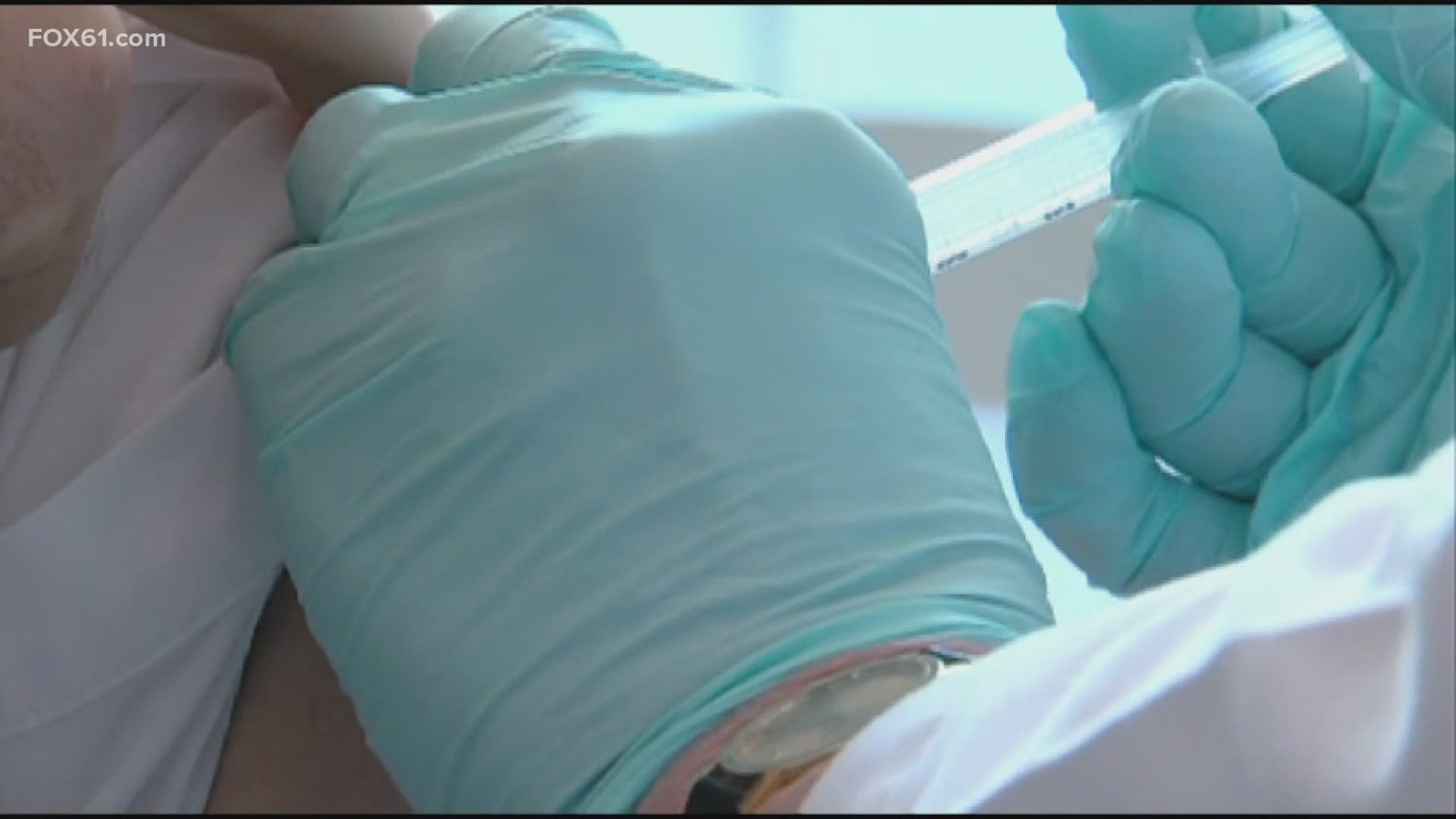 CONNECTICUT, USA — While the number of vaccination sites in Connecticut, the supply of the vaccine has plateaued. Governor Lamont said the state has the capacity to vaccinate more individuals--but supply lies in the hands of the federal government.

Governor Lamont said they’re receiving on average nearly 50,000 doses of the COVID-19 vaccine per week from the federal government. He does not expect that number to drop but he did say that number needs to increase in order to meet Connecticut's current demand for vaccinations.

Thus far the state has been allocating the weekly federal supply of 46,900 vaccines to local hospitals and healthcare facilities. States around the country, including Connecticut, are feeling the pinch of covid-19 vaccine shortages. Yale-New Haven Health said it could ramp up to 2,000 vaccinations per week, although the issue is the availability of the vaccine, rather than capacity.

“Do I hear from hospitals every day to give me more? Absolutely, but that's why we're doing this by appointment, we got this on a schedule, we’ve narrowed the cohort of people that can get it and if they give us more vaccines, we can speed it up,” Lamont said during his Thursday news briefing

“The goal set by the President to have 100 million people vaccinated in the first 100 days is quite a reasonable goal,” Fauci said.

Dr. Fauci said as a new variant of the virus emerges in the U.S. it's become even more important to get vaccinated.

“Viruses don't mutate unless they replicate, so as long as you can suppress that with a very good vaccine campaign then you can actually avoid this effect that you might get from the mutations,” Fauci said.

Back in Connecticut Lamont said he plans on questioning the federal government about additional ways they are going to accelerate the production of the vaccine.

“What can we expect in terms of a ramp up? What are the bottlenecks in the supply chain? What can the feds do with their defense act to speed things up?,” Lamont questioned.   [butt “I'd Say the number one bottleneck is the incredibly specialized equipment you need to mix the vaccines and that’s something you can’t mass produce, ok we knew that, but we also knew that three months ago. Where are we in the process? That’s what we're going to be asking."

Connecticut has administered more than 258,000 doses of the vaccine and state officials said they have the capacity ready to go for when they can begin mass vaccination.