Starting on March 1, people ages 55 to 64 can now schedule an appointment to receive the COVID-19 vaccine. 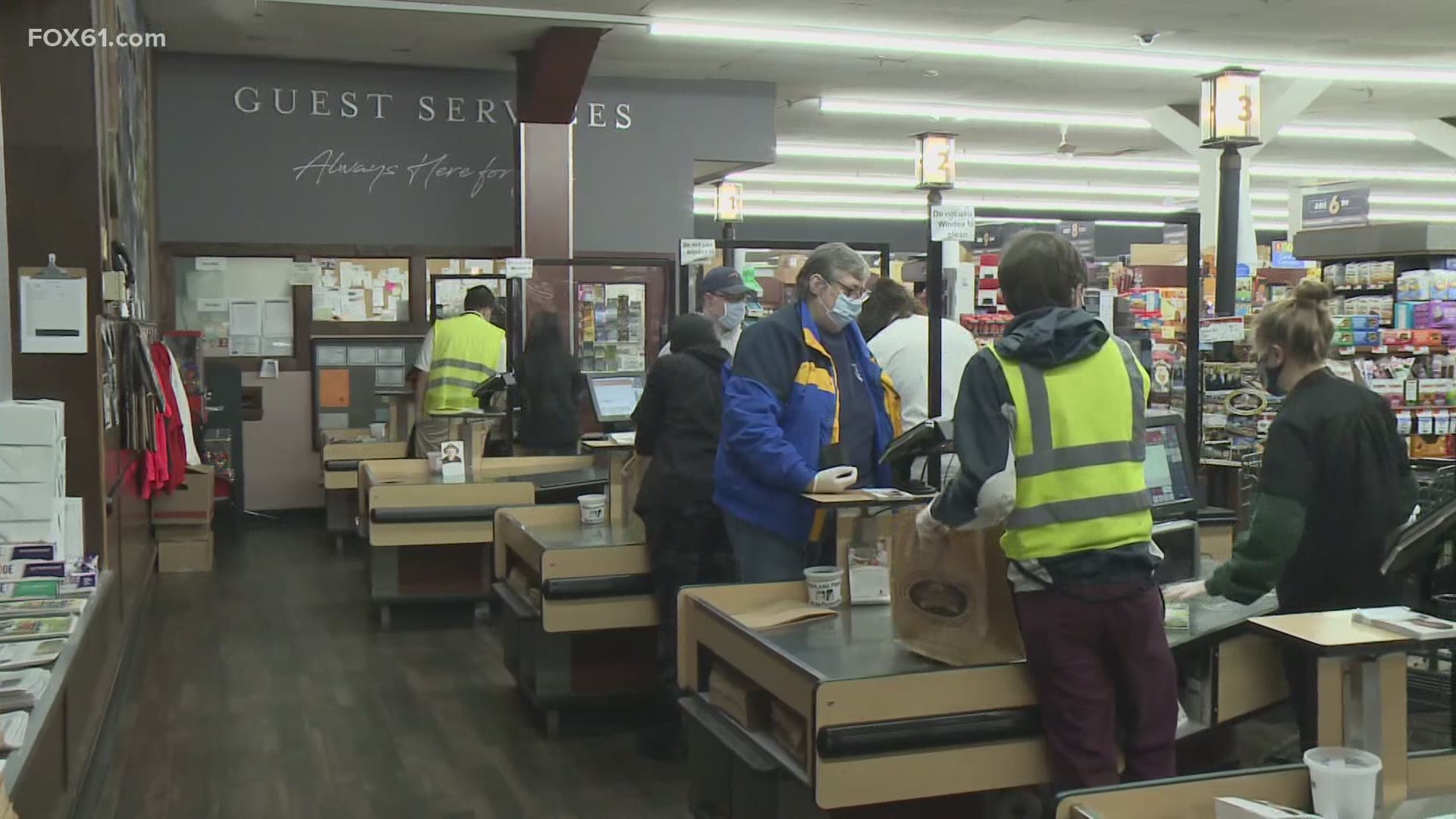 CONNECTICUT, USA — Essential workers ranging from educators to supermarket employees have been advocating for weeks to receive a COVID-19 vaccine and with this age-based timeline, some groups feel left behind.

A security officer in Manchester for more than 11 years, Deshawn Brownel said he agrees with vaccinating the older population first but says service workers are put at risk every single day.

“You’re walking by security officers like me to check you in and everything and we’re not always in the six feet social distance we’re supposed to be in,” Brownel said.

Molly Devanney is the vice president of Highland Park Market, one of many supermarkets in the state that have been dealing with a huge increase in demand for groceries since the pandemic began.

“We took risks after risks every day, touching money, going and delivering groceries to people who had covid and doing all those types of things that we felt as though we were essential, so it was frustrating in many ways,” Devanney said.

Sara Morah has been diagnosed with four of the CDC-listed comorbidities. Morah shared she’s disappointed the Governor is deviating from not only the CDC's recommendation to vaccinate essential workers --but to vaccinate those with high-risk conditions.

“He’s going by the numbers, but he doesn’t realize that a lot of us are putting off medical care that we need because we are afraid, we are going to get covid,” Morah said.

Instead, the Governor took an age-based approach as the risk for covid-19 complications-including death- increase with age.

“As we got deeper and deeper into moving from strategy -which we got from the CDC- to implementation...it became increasingly clear that process would be incredibly complex and would probably result in slowing us down,” Connecticut’s Chief Operating Officer Josh Geballe said.

Those ages 55 and above can begin making those vaccine appointments as early as this Monday. Teachers and in-school staff will also be able to receive a vaccine as early as next week depending on the school district.