6,000 pharmacists could be sidelined from administering the COVID vaccine 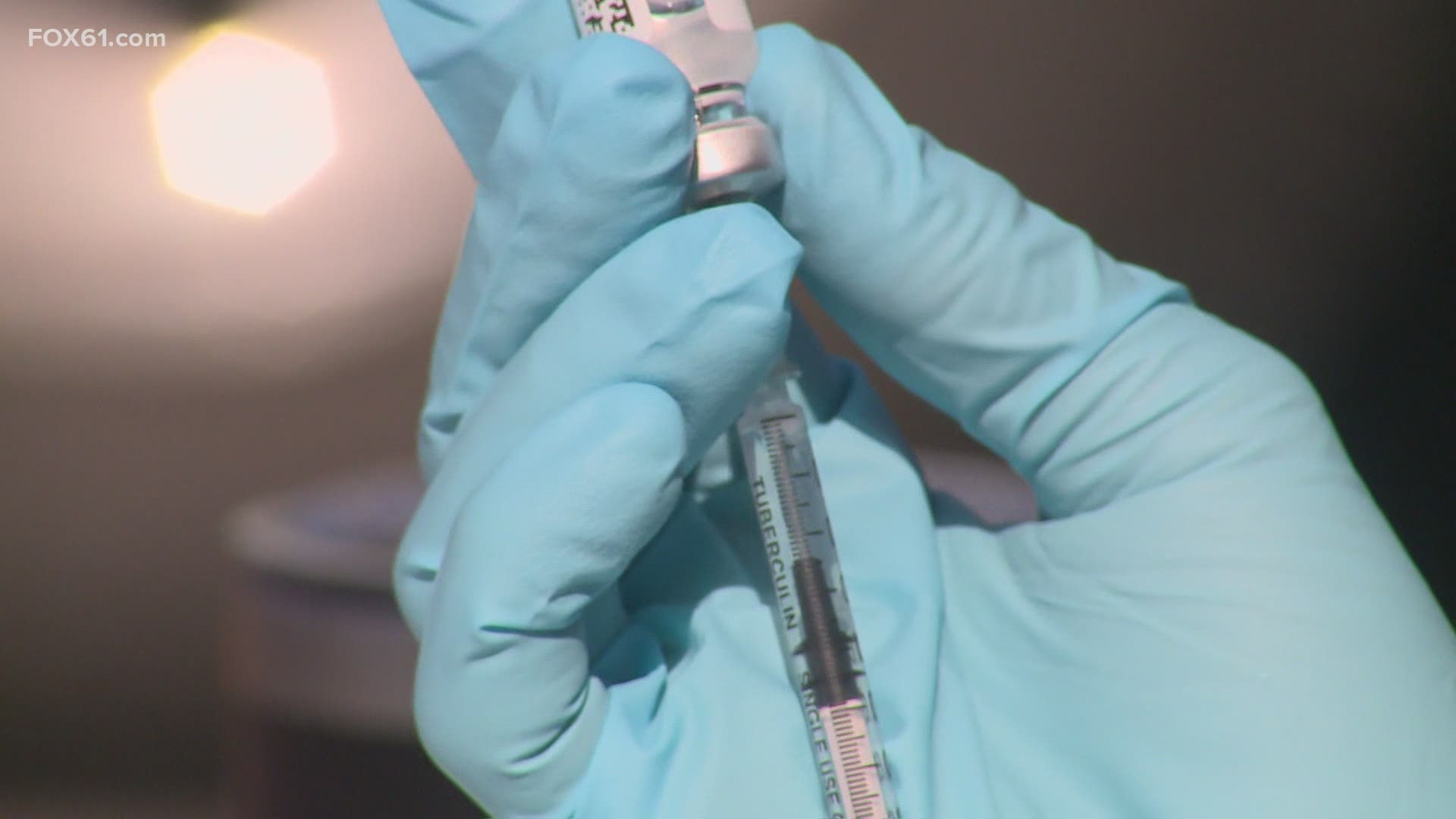 NEW BRITAIN, Conn. — We are potentially a month away from what could be a vaccine crisis in Connecticut. On April 20th, all of Connecticut’s 6,000 pharmacists will no longer be able to administer the COVID vaccine - unless - lawmakers act now.

In New Britain on Friday, Department of Public Health Commissioner Deidre Gifford got her COVID vaccine. It was administered by a Stop & Shop pharmacist. In one month — that won’t be legal.

Set to expire April 20th, Gov. Lamont’s executive order 9Q is the only thing allowing pharmacists, the largest group of vaccinators in the state, to administer the COVID vaccine. Connecticut’s Pharmacists Association is very concerned. CEO Nathan Tinker said, "In the middle of a pandemic, you suddenly don’t go backwards and start undoing things that have made the progress possible."

So FOX61 asked health commissioner Deidre Gifford what comes next? "Everyone understands that it’s critical that we have pharmacy partners as part of the vaccination program so I’m sure that there will be a solution to that."

One permanent solution is to draft a bill, codify it into statute and pass a law. But Rep. Jonathan Steinberg, the Co-Chair, of the legislature's Public Health Committee said, "It’s a very different thing to codify it into statute. I’m not quite sure the committee is ready yet to do so." Rep. William Petit, the ranking member of the Public Health Committee added, "There’s a difference of opinion on that. The old legislative sausage making process sometimes gets difficult."

And the clock is ticking. Instead of lack of supply, by April 20th, the issue might be a lack of people. At a time when we will need more vaccinators than ever. "Something will have to happen one way or the other," said Tinker

Also set to expire on April 20th is the ability for pharmacists to give the flu vaccine to children as young as 10. State law makes the minimum age 18. House Bill 6614 would change the age to 12 but that wouldn’t even kick in until next year. "So quite literally between April 21st of this year and July 1st of 2022, pharmacists would potentially be unable to provide flu vaccine to anyone under age 18," explained Tinker.

For years, Connecticut has been cautious to give licensed pharmacists full authority as vaccinators. "There is some concern about pharmacists, particularly the busy ones not having the bandwidth to do the follow up and monitoring of people who just got a shot that you would have for example in a doctor's office," remarked Rep. Steinberg. He added, "I think that there is a different context when you are talking a 3- to 5-year-old than when you are talking about a 10- to 12-year-old and the possible considerations with reactions."

As opposed to a new law that takes time, lawmakers will likely approve a temporary extension of the Governor’s executive order 9Q which would allow pharmacists to keep administering the vaccine, for now.