Disparities exist when it comes to equitable vaccine distribution in Connecticut 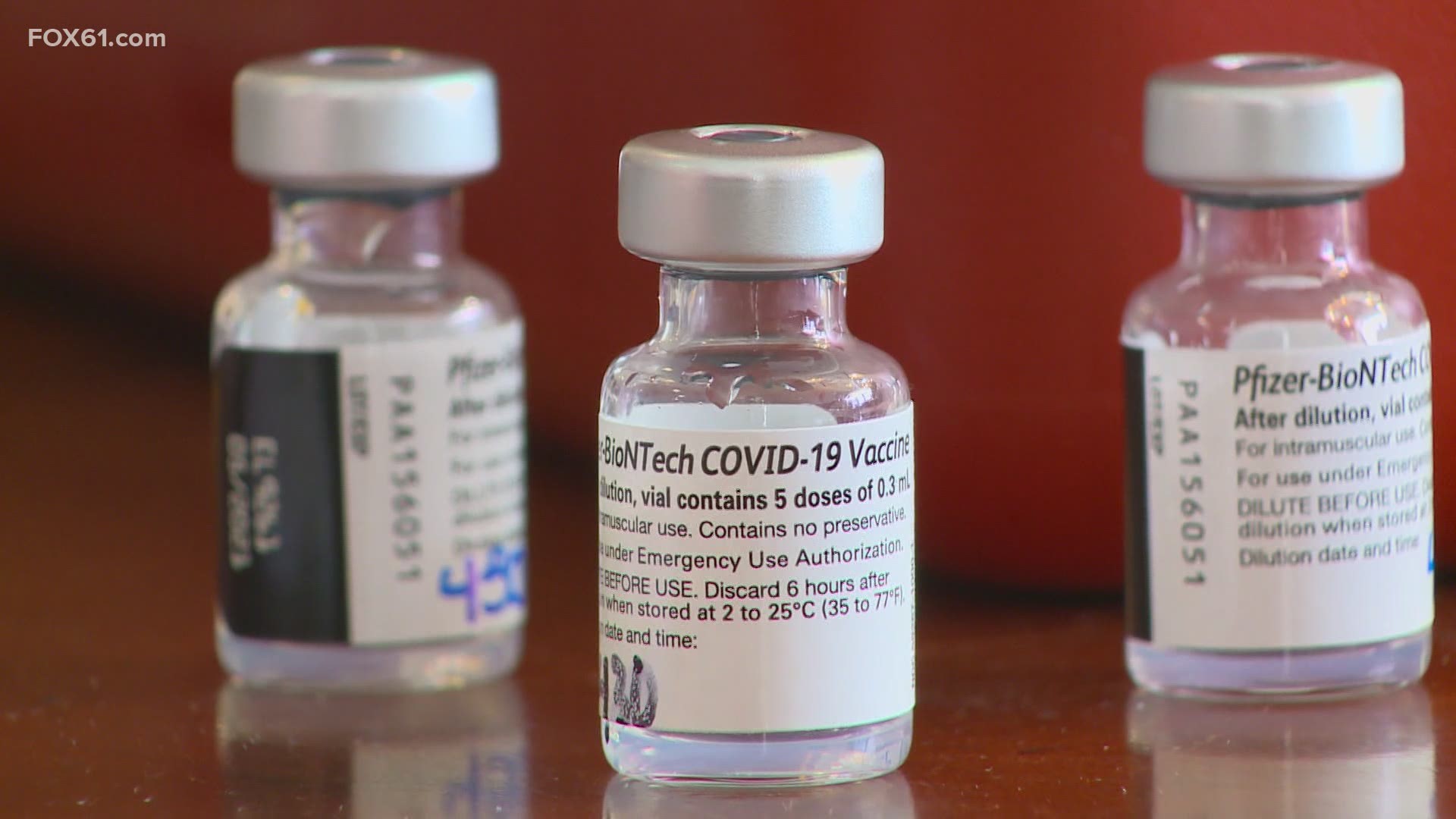 HARTFORD, Conn — Right now, about 50% of the 75 and older population in Connecticut has received their first dose of the COVID vaccine. Some communities are winning the race while others are getting left behind. It all comes back to equitable access. The state says there will be helping large urban centers get more of their seniors vaccinated. "This is not a competition, but it is worth noting," said Gov. Ned Lamont on Monday.

The state’s interactive map shows community by community, the percentage of the elderly population who has been vaccinated. Urban areas are getting left behind. "We're trying to make it as easy as possible and as accessible and possible and we are trying to do as much of the outreach ourselves as possible," said Hartford Mayor Luke Bronin. 30.5% of Hartford's senior have received their first vaccine dose. Hartford has also developed a simple bilingual form to get around the confusing VAMS system.

Roxbury First Selectman Barbara Henry said, "That was not a smooth rollout. At all." Even for rural communities like Roxbury and Hebron. They are two of the communities with the highest percentage of seniors vaccinated. "Were used to bring at the bottom of the food chain as far as help goes so, we are very resourceful," said Henry. Andrew Tierney, the Hebron Town Manager said, "We’ve kind of been thinking outside of the box a little bit and have set up some COVID hotline numbers locally to try to assist people."

But back to the cities. Bridgeport, at only at 23% of senior vaccinate told FOX61 the appointments at the vaccine clinics have been getting taken up by residents in other communities. Director of Emergency Management Scott Appleby said, "They are a Bridgeport resident. How can they have priority access to a Bridgeport site." Bridgeport is staffing their own registration help lines and performing local outreach. "We’ve created an extensive outreach campaign. Post cards, posters," remarked Appleby. "Were opening up new ideas such as mobile clinics where we can actually go to a location that has a high-rise complex of seniors living independently. We are trying to target that group specifically."

A member of the Governor's vaccine advisory group told FOX61 equitable access is key to overall successful distribution. "I’m not sure that continuing to focus on age in our distribution tier is the right way to go. We may need to think about other factors in combination with age. Geography, race, ethnicity, age, comorbidities All of these things are other factors that we need to be thinking about," said Tekisha Everette, the Executive Director of Health Equitable Solutions.

The state has been taking some heat for their vaccine saturation map because it’s based on population estimates from the 2010 census. Since then, the senior population has grown.

RELATED: COVID-19 Vaccine, Phase 1B: What you need to know