The state recently learned that its expected shipment of 20,000 J&J doses next week will drop to 6,000 and then down to 2,000 the following week. 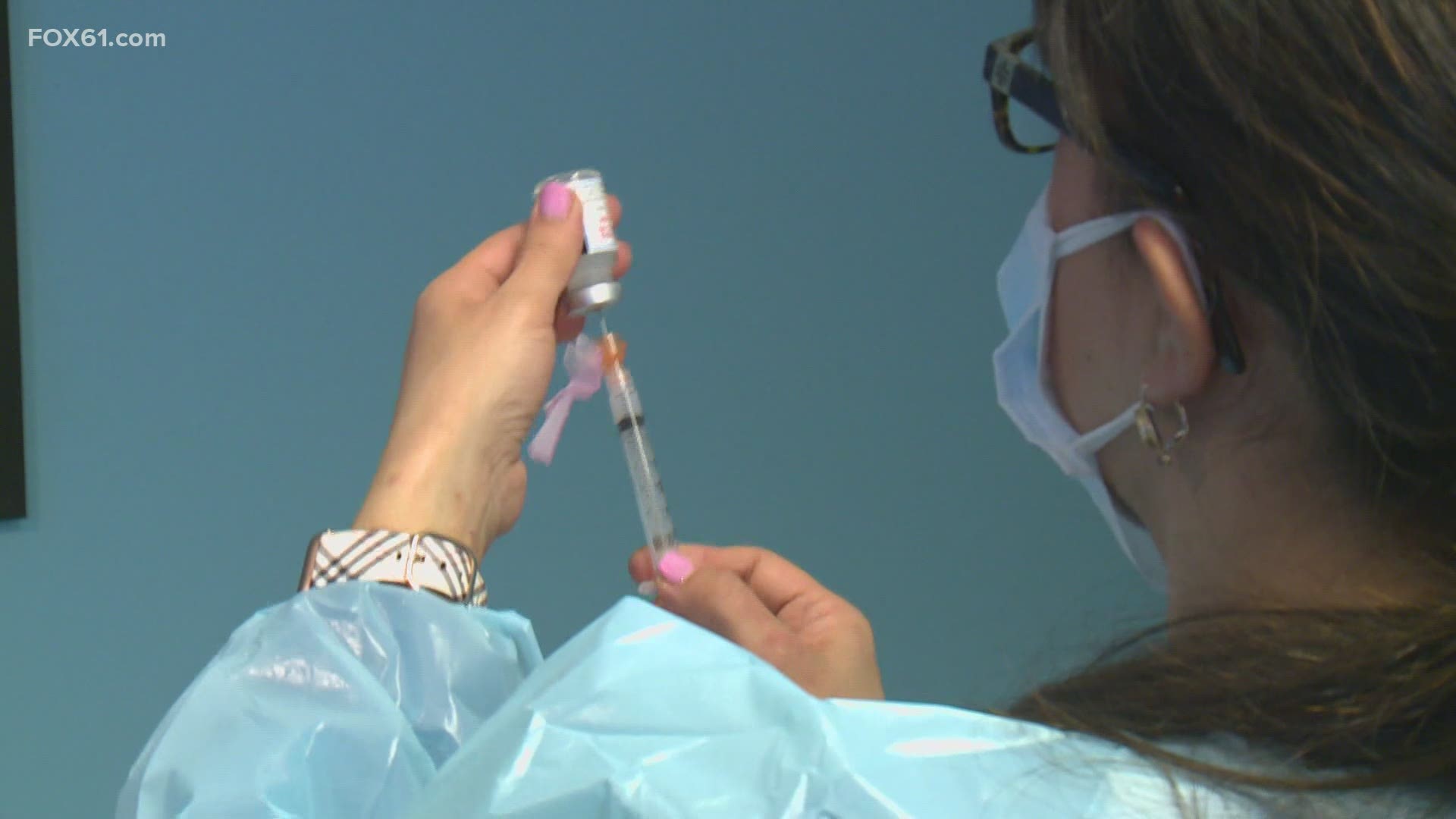 MANSFIELD, Connecticut — Connecticut is changing its plans to get college students vaccinated before the end of the semester as the state braces for a significant drop in Johnson & Johnson supply over the next few weeks.

This comes after production problems at a manufacturing plant in Baltimore.

“We had originally been told next week we would receive 20,000 Johnson and Johnson doses in state allocation, and now we’re told we’ll only get six and then the week after that they’ve said it could go down to 2,000 until they get that Baltimore plant online,” said Josh Geballe, Connecticut's Chief Operating Officer.

The drop in supply is coming as the state is looking to get college students vaccinated before they head home for summer break and return to campus in the fall.

“I plan to get vaccinated. It’s really hard because sometimes you have to check for open spots,” said Anthony Antony, a student at UConn.

State officials said the original plan was to offer college students the Johnson & Johnson one-dose shot before the end of the semester.

Now, the plan is to give them at least the first dose of either Moderna or Pfizer vaccines and have them get their second dose in their home state.

“The governor has been working with the White House and other governors to encourage them to do the same, with the logic being by the time we get to mid to late May, there’s going to be a lot of extra vaccine in all 50 states,” said Geballe.

Geballe also pointed out there is still a lot of vaccine supply coming into the state.

“We had always anticipated the Johnson and Johnson deliveries to step down this week and beyond but it’s stepped down significantly more. We still have a lot of vaccine Moderna and Pfizer coming in. We’ll be able to stay busy,” said Geballe.

At the UConn Storrs campus, Hawley Armory has transitioned to a community vaccination site.

A university spokesperson said any students staying on campus for the rest of the semester after Spring Break and over the summer will be offered the vaccine as soon as the university receives doses, regardless of which vaccines are provided.

In a statement, CSCU Director of Communications Leigh Appleby said, “We now expect on-campus clinics to be with Pfizer or Moderna – the goal is to provide students with the opportunity to get at least a first shot before the end of the semester.”

Over at Quinnipiac, Associate Vice President for Public Relations John Morgan said in a statement, “We are exploring the possibility of hosting a vaccine clinic on campus for our students before the semester ends on May 7. We expect to have more information over the next few weeks.”