Connecticut is ranked fifth in the nation in terms of percentage of population vaccinated. 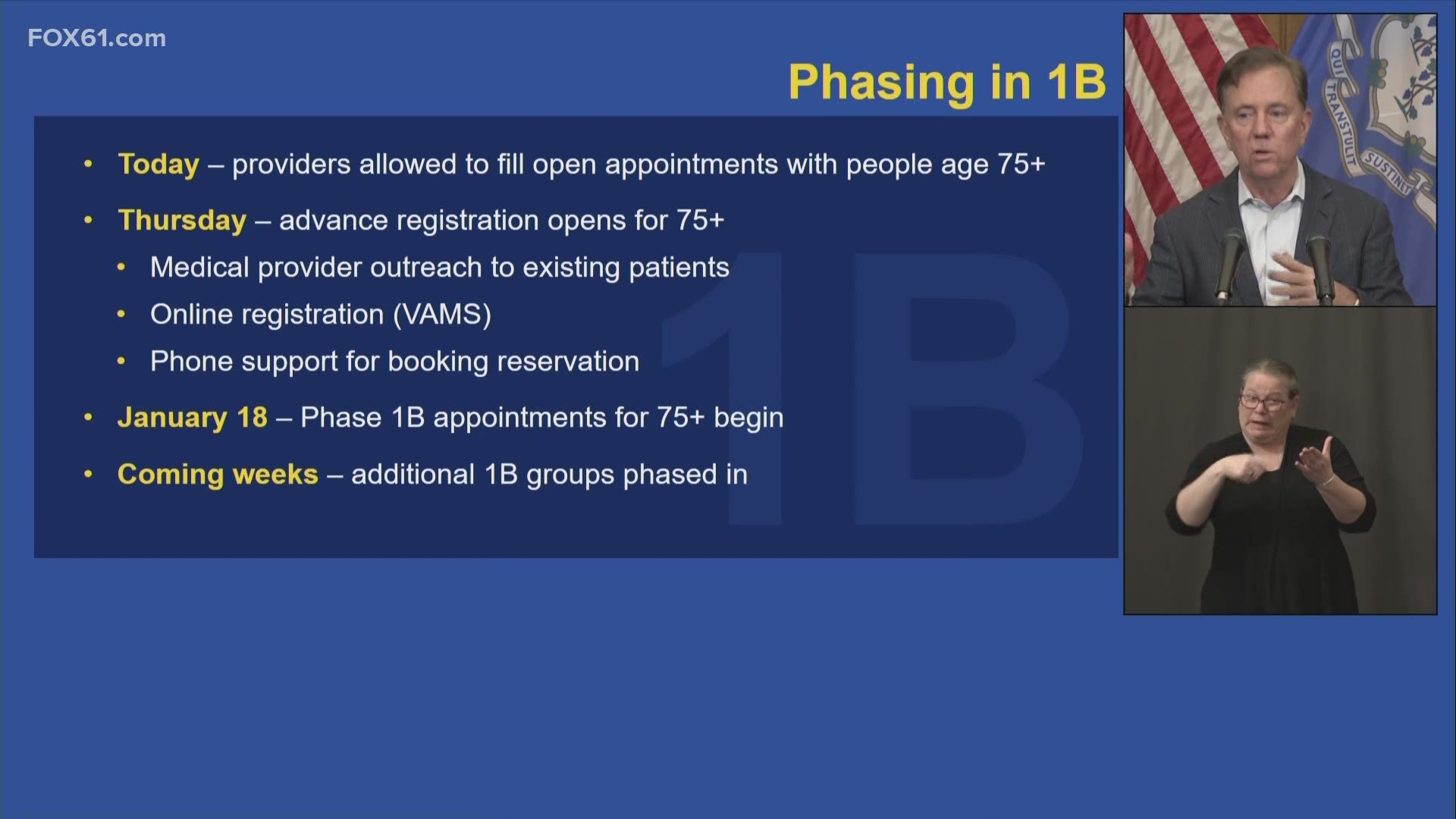 Connecticut administered 116,244 tests and 7,364 came back positive, yielding a positivity rate of 6.33 percent.

There were 33 new hospitalizations reported over the weekend, bringing the total number of patients in Connecticut's hospitals to 1,142 patients. There were 92 reported COVID-19 related deaths, bringing the death toll to 6,416 people.

The state is ranked fifth in the nation in terms of percentage of population vaccinated. As of this writing, Connecticut has distributed over 141,055 doses and will begin Phase 1B of its distribution plan.

Every nursing home in the state has completed their 1st doses.

Connecticut is #5 nationally in percent of population vaccinated. pic.twitter.com/zqXlqEyDTh

Lamont outlined that people 75 years or older will be able to begin to register for vaccination appointments. Those interested can do so online or by phone. Starting on January 18, appointments for Phase 1B will begin for people 75-years or older. In the coming weeks, it is scheduled to have more 1B groups phased into the group.

Here's what we are looking at for the schedule as we begin to move toward Phase 1B of the COVID-19 vaccination program.

The allocation committee regarding who gets the vaccine next will be discussed Tuesday. All the information regarding how, where, and when you can sign up will be released by state officials within the next 72 hours, according to officials. Chief Operating Officer Josh Geballe stressed this process will be a reservation process, not first-come or first-serve.