The CDC and FDA made the recommendation in order to investigate reports of potentially dangerous blood clots. 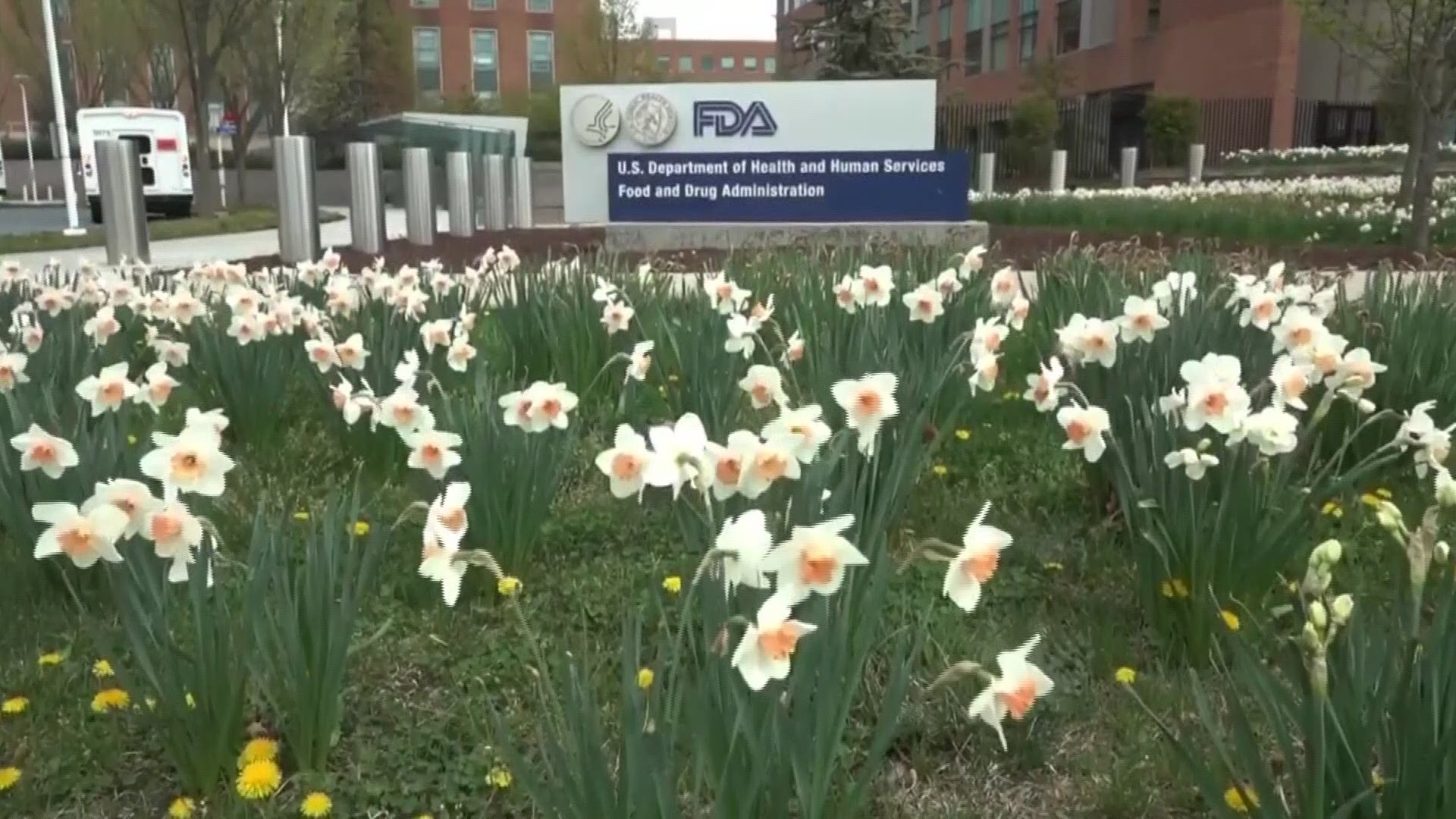 WASHINGTON — Health departments in D.C., Maryland and Virginia say they will no longer administer Johnson & Johnson COVID-19 vaccines following a recommended pause by the Centers for Disease Control and Prevention and the Food and Drug Administration.

The agencies recommended the pause Tuesday to investigate concerns of blood clots related to the single-dose vaccine.

In a joint statement Tuesday, the CDC and the FDA said they were investigating clots in six women that occurred 6 to 13 days after vaccination. The clots were observed in the sinuses of the brain along with reduced platelet counts — making the usual treatment for blood clots, the blood thinner heparin, potentially “dangerous.”

Following the announcement, the Virginia Department of Health said they would cease all Johnson & Johnson vaccines until the investigation is complete.

"This pause is reassuring in that it demonstrates that the systems that are in place to monitor vaccine safety are working. We look forward to a thorough review by federal health officials," Virginia State Vaccination Coordinator Dr. Danny Avula said in a statement.

The Virginia Department of Health says those who have an upcoming appointment for the Johnson & Johnson vaccine will be contacted to reschedule that appointment. Per the CDC, 188,563 Virginians have been vaccinated with the J&J vaccine. That’s roughly 9.6% of Virginia’s fully vaccinated population and 5.7% of all Virginians who have received at least one dose of vaccine. 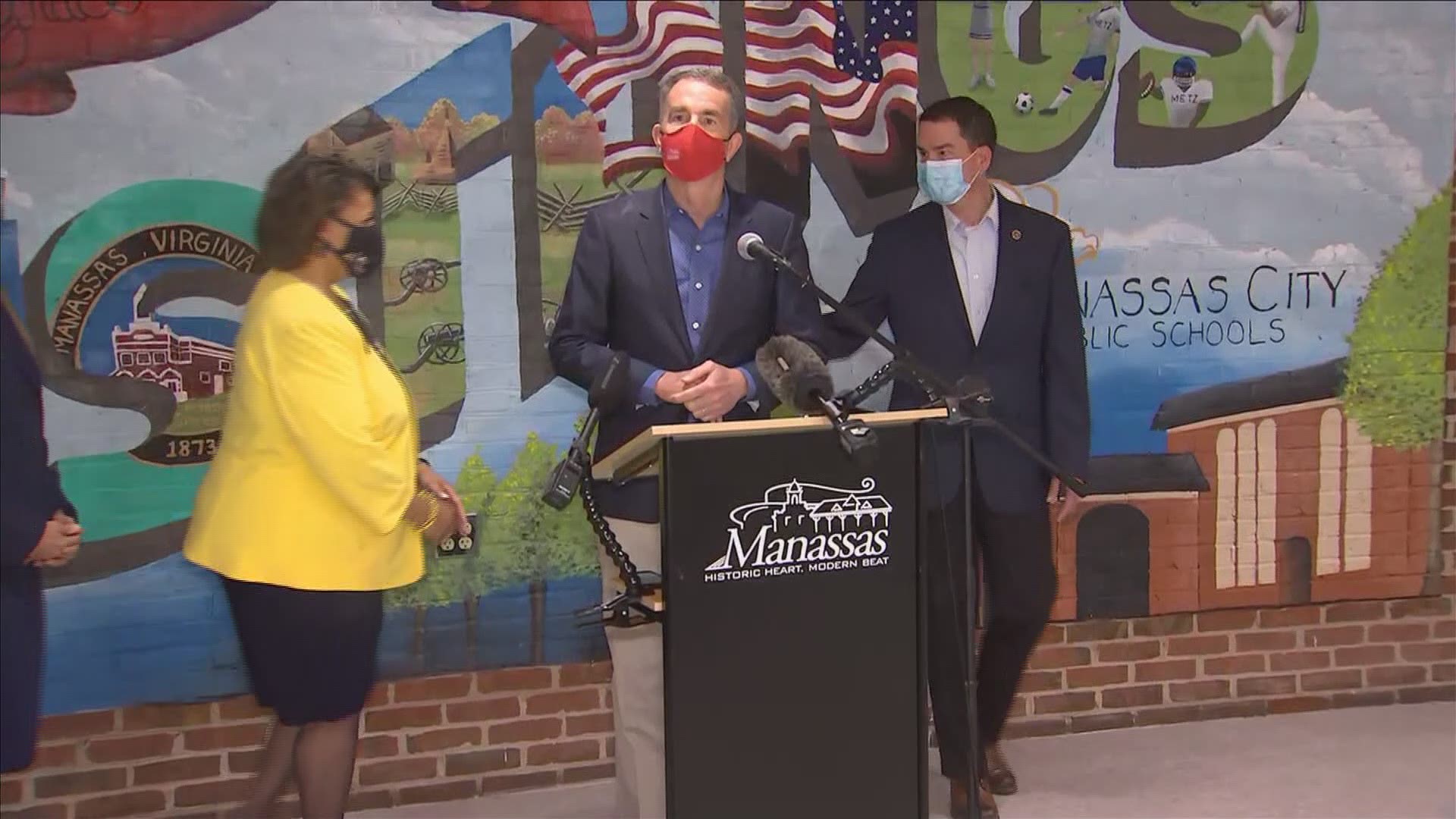 Maryland's health department has also ceased using the Johnson & Johnson vaccine out of an abundance of caution pending the results of the federal investigation. Those who have made an appointment for the Johnson & Johnson vaccine will be contacted to reschedule their appointment. The CDC says 148,956 Maryland residents received the J&J vaccine. That’s roughly 10.4% of Maryland’s fully vaccinated population and about 6.4% of all Marylanders who have received at least one dose.

Likewise in D.C., all Johnson and Johnson vaccinations have been brought to a halt. According to CDC data, 18,587 D.C. residents have been vaccinated with the J&J vaccine. That’s roughly 13.3% of D.C.’s fully vaccinated population and about 7.3% of all D.C. residents who have received at least one dose.

Appointments made via https://t.co/Ko2X2WIQ8L will receive direct notification of the cancellation and be offered an opportunity to rebook their appointment starting tomorrow evening.

D.C. Health says all those who pre-registered via the health department's website will be contacted to reschedule their appointment starting Wednesday evening.

Johnson & Johnson said it was aware of the reports of “thromboembolic events,” or blood clots, but that no link to its vaccine had been established.

“We are aware that thromboembolic events including those with thrombocytopenia have been reported with Covid-19 vaccines," said Johnson & Johnson in a statement. "At present, no clear causal relationship has been established between these rare events and the Janssen Covid-19 vaccine.”

Following the developments with Johnson & Johnson vaccinations on Tuesday, two doctors who spoke to WUSA 9 said the public should feel reassured about the pause.

"The first time anyone hears the CDC or FDA is putting a hold on something, we immediately get nervous. Even though it might seem scary, I’m actually rather reassured by this," added Dr. Vivek Cherian of University of Maryland Healthcare. "We’re talking about even within this J & J vaccine, less than one per million."

Dr. Shah and Dr. Cherian both noted that medical officers continue to investigate vaccines after their phase 3 trials.

While the trials involve tens of thousands of patients, Dr. Cherian said other side effects can emerge after the release to the public.

"You may start having these few and exceedingly rare complications or side effects sprout up that just simply may not be seen if your trial included 40,000 people," he said.

Moving forward, both doctors said anyone concerned about the possible blood clots should monitor severe symptoms in the days after they receive the Johnson & Johnson vaccine.

The symptoms include severe forms of headaches, chest pain, and leg pain. Dr. Cherian added that shortness of breath or stroke-like symptoms, like weakness on one side or blurry vision, could also be symptoms of blood clots.

Anyone suffering from the symptoms should call 9-1-1.

RELATED: VERIFY: What you need to know about the COVID vaccine, before and after the shot