Johnson & Johnson said that when a booster shot was given after two months, "antibody levels rose to four to six times higher than observed after the single shot." 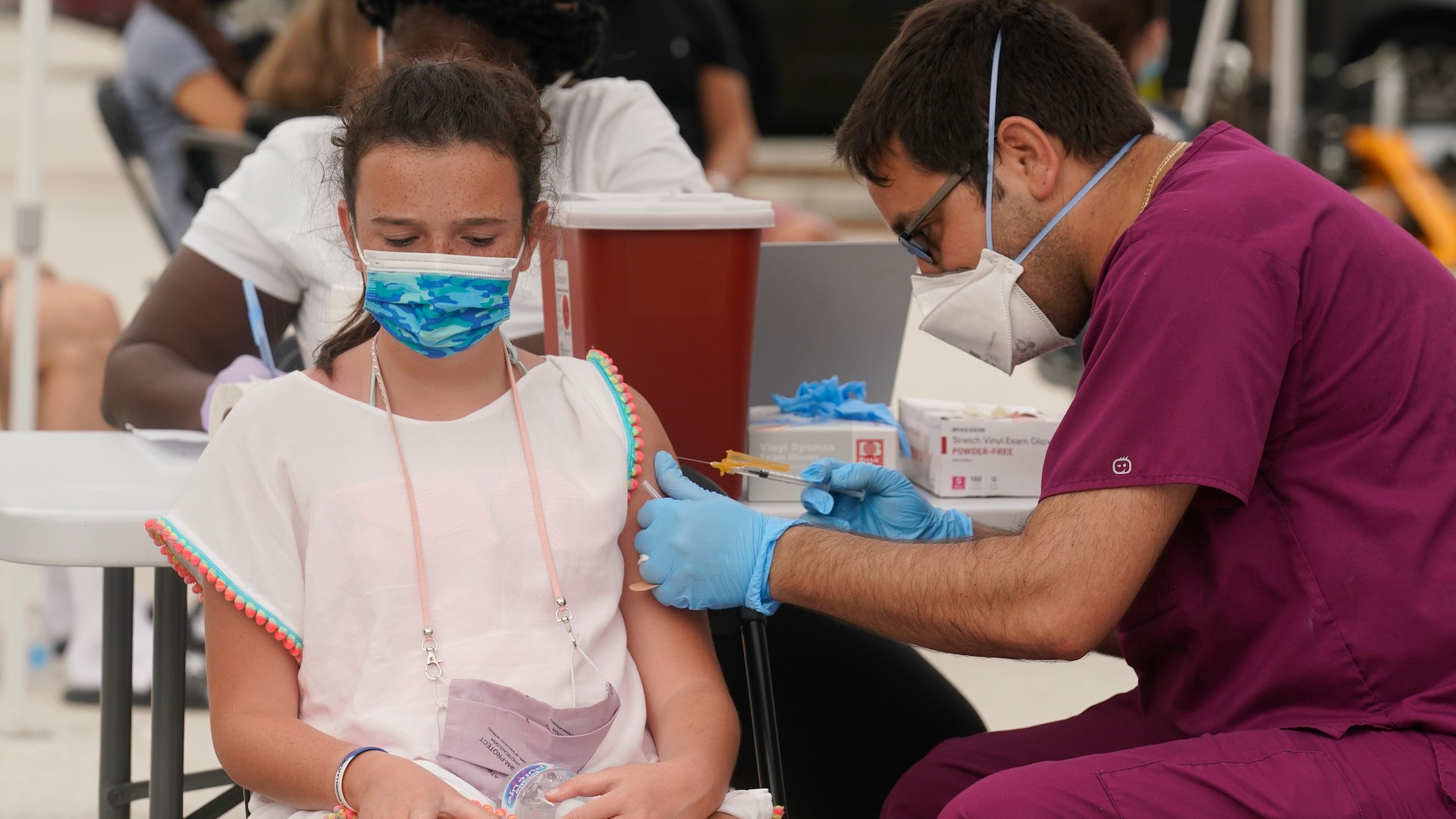 WASHINGTON — Johnson & Johnson announced on Tuesday that receiving a booster shot of its coronavirus vaccine can provide stronger protection from the virus.

In a Phase 3 study, the company said that the second shot of its vaccine received 56 days after the first provided 94% protection against COVID-19 in the United States. It added that it offers full protection against severe/critical cases of COVID-19 at least 14 days post-final vaccination.

J&J said in a statement that it ran two early studies in people previously given its vaccine and found that a second dose produced an increased antibody response in adults from age 18 to 55. The study's results haven't yet been peer-reviewed.

The New Jersey-based company added that when a booster shot was given after two months, "antibody levels rose to four to six times higher than observed after the single shot."

A booster shot given six months after the first provided a 12-fold increase in antibodies, Johnson & Johnson said.

“It is critical to prioritize protecting as many people as possible against hospitalization and death given the continued spread of COVID-19," said Paul Stoffels, M.D., Vice Chairman of the Executive Committee and Chief Scientific Officer at Johnson & Johnson. "We now have generated evidence that a booster shot further increases protection against COVID-19 and is expected to extend the duration of protection significantly.”

The Johnson & Johnson single-dose vaccine was given emergency use authorization by the U.S. Food and Drug Administration in February of this year. The Centers for Disease Control and Prevention reports that more than 14.8 million Americans have already received a J&J vaccine.

The J&J vaccine has been considered critical by numerous health officials to ending the pandemic because it requires only one shot, but fears about the easier-to-spread delta coronavirus variant have prompted numerous governments to consider the use of booster shots for many approved vaccines.

Compared to the two-dose Pfizer and Moderna COVID-19 vaccines, the single Johnson & Johnson dose had slightly lower efficacy. However, the data from the booster shot study shows a similarly high effectiveness level to the other options.

Johnson & Johnson said it plans to provide its newest data to the FDA and other worldwide regulators.

Last week, experts at the FDA recommended people 65 and older get a third dose of the COVID-19 vaccine made by Pfizer-BioNTech while Britain previously authorized booster shots for people 50 and over in addition to priority groups like health workers and those with underlying health conditions. Other countries including Israel, France and Germany have also begun offering third vaccine doses to some people.

The World Health Organization has urged rich countries to stop administering booster doses until at least the end of the year, saying vaccines should immediately be redirected to Africa, where fewer than 4% of the population is fully immunized. In a paper published last week in the journal Lancet, top scientists from the WHO and FDA argued that the average person doesn't need a booster shot and that the authorized vaccines to date provide strong protection against severe COVID-19, hospitalization and death.