Once scheduled, getting the shot is the easiest part. People who did it told us it took 20 minutes and there were not any long lines. 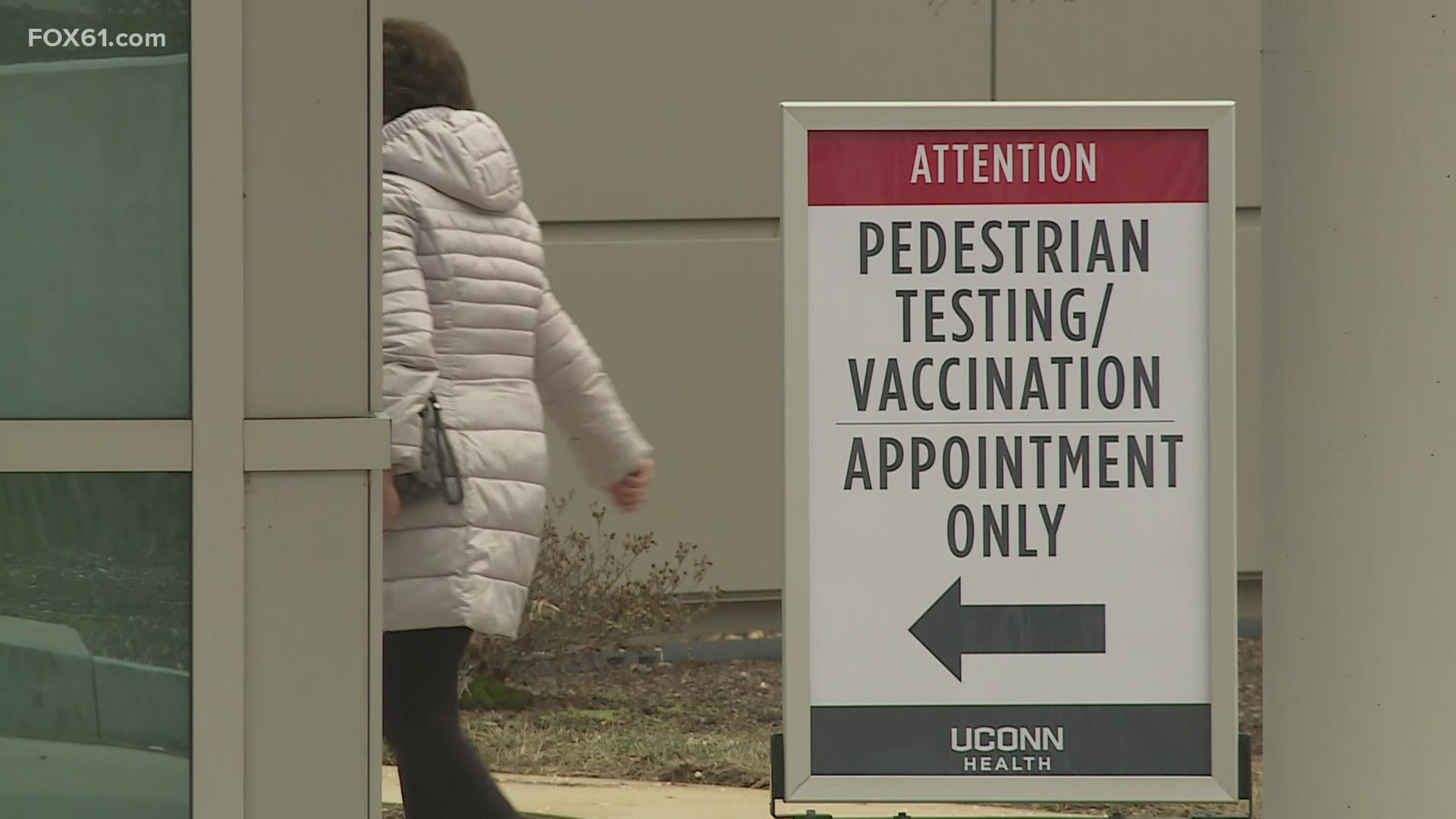 FARMINGTON, Conn. — Phase 1B is here. If you are 75 or older, you can now schedule your COVID vaccination and a few big providers have already started administering the shots.

At UConn Health in Farmington, about 150 lucky seniors were among the first members of general population here in Connecticut to receive the COVID vaccine. "I called my doctor and they referred us to call here and here we are!" remarked Lester & Judith Shaw of Warren. Patty Drzata of Burlington said, "Yesterday I went on my chart and it said we can start signing up for vaccines and I got an appointment for today. I couldn’t believe it!"

It was a day of hope for residents and the healthcare workers. Joanne Boucher said, "We're starting to pick up the positive energy and see the light at the end of this tunnel."

RELATED: Are you eligible for the COVID-19 vaccine? What you need to know for the vaccine

We now know for sure who will be eligible in Phase 1B. It's people 75+, frontline essential workers, individuals and staff of congregate settings, and newly added to the list are people between 65-74 and anyone between 16-64 with a CDC listed co-morbidity.

"Mentally and physically, I feel greatly relieved," said Dan Fine of West Hartford. Once scheduled, getting the shot is the easiest part. People who did it told us it took 20 minutes and there were not any long lines. "Finding my way in here and finding a parking space was difficult, getting the shot was like duck soup it was just so easy," said Fine. "I wasn’t sure we would be able to get an inoculation this year. But this has been terrific," said the Shaw's.

One word of caution - be patient! Scheduling an appointment may take time as some systems may get overloaded. The Governor's offices also told FOX61 that for right now, you won’t be able to make an appointment through your private practice primary care doctor. But you can obviously call them with any questions you have about the vaccine. "Hopefully we can go back to our normal lives and hopefully the rest of the world soon will," said Fine.

And soon the state will also have a map available to show you where the 100 vaccination sites are located across the states.
Phase 1B was originally supposed to take 10 weeks but now that it’s been expanded, the Governor's office tells it could take 15 or 16 weeks.