Len, a 31-year paramedic, and Manger of EMS for Yale-New Haven Hospital will be released Saturday at the end of National EMS appreciation week. 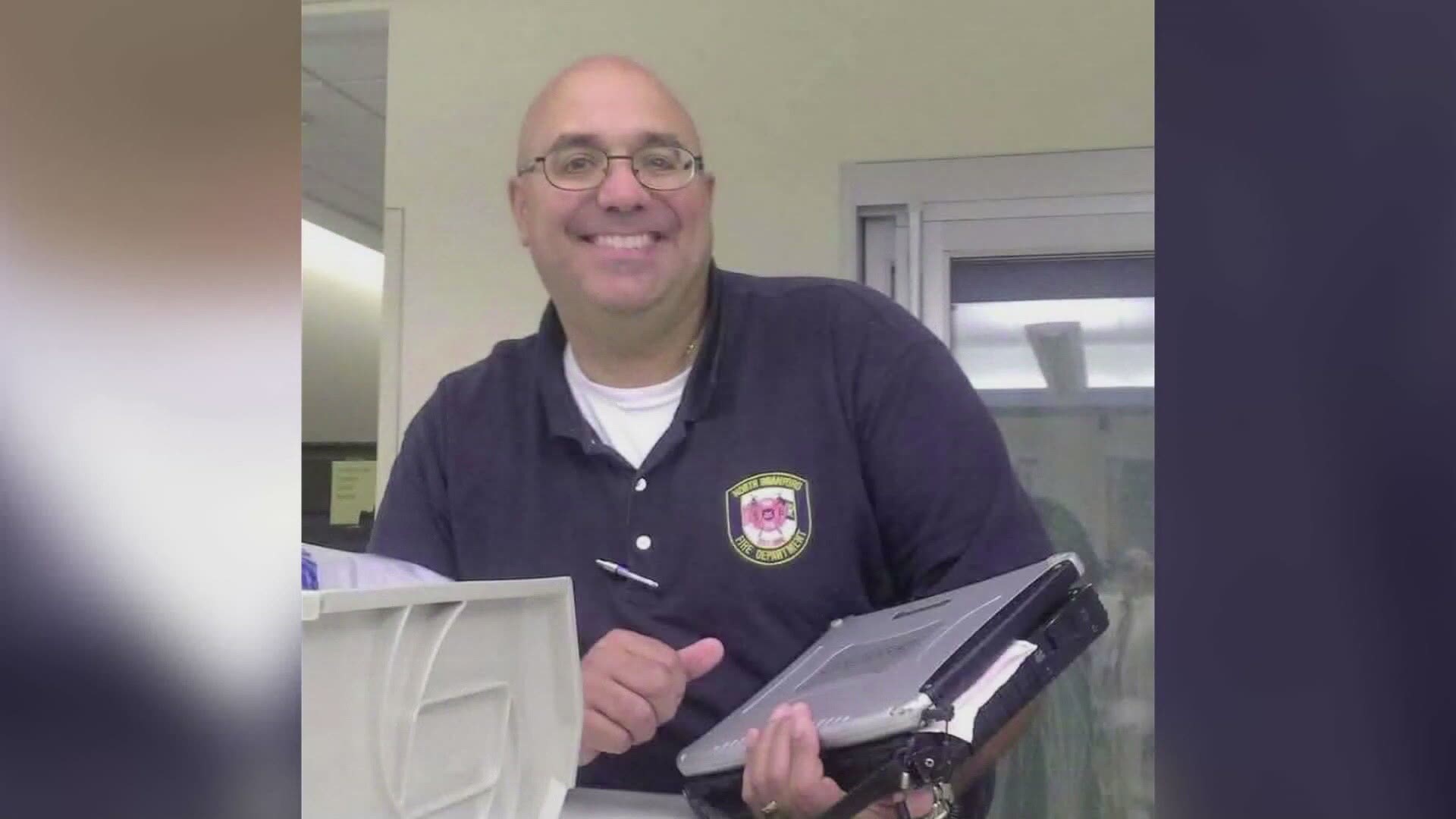 WALLINGFORD, Conn. — For a person, who is used to providing healthcare, it can be a humbling experience being on the other side.

This is the case for a Wallingford man who, on April 1st, found out his visit to Yale-New Haven Hospital was no joke. It required a COVID comeback.

K & J Tree Service, of Hamden, has been traveling to medical facilities across the state, flying a 50 foot US flag in honor of frontline workers and COVID-19 survivors. Friday was Len Guercia‘s turn.

As he glanced into the sunny, blue sky, staring at old glory waving in the wind, Guercia said, "I’m happy to be alive."

The irony: Len, a 31-year paramedic, and Manger of EMS for Yale-New Haven Hospital, will be released Saturday from Gaylord Specialty Healthcare in Wallingford at the end of National EMS appreciation week, after a two-month battle.

"The doctor in the ER, this is kind of funny, she said you’re gonna have to stay with us and I protested," recalled Guercia. "And that was the last thing I remember and that was on April 1st and at 2 o’clock in the morning. And 26 days later, 27 days later, I woke up."

He required the assistance of a ventilator for nearly three weeks, at Yale-New Haven Hospital, before recovering enough to be transferred to Gaylord for rehabilitation. He was cheered as he left Yale, being loaded into an ambulance, whose crew included his godson.

RELATED: FOX61 Exclusive: Inside a COVID recovery center in Meriden

RELATED: Connecticut's Nurses Heroes of Hope: COVID-19 patients on the road to recovery thank their nurses

RELATED: The Angel of Edgewood - Hartford woman cooking up hope for those in need

At Gaylord, he needed to learn to walk again.

"I had use of my arms, but my legs, my brain said let’s go for a walk and my legs said not today," he said.

And, he has a message to anyone who doubts the seriousness of COVID-19 for some.

"I write to my students every couple of days and I say 'listen, wear your PPE,'" said Guercia. "I talk to my partners and said this is no joke. My wife thought I was going to die."

When someone saw Guercia outside of Gaylord today, they said God Bless you. His response was he didn’t do anything but get better thanks to the angels, who’ve worked with him at Gaylord.

He’ll be discharged Saturday morning at 11. And, that means together again with his wife and their three children.