At Wesleyan University, no parties means no COVID

Administrators are working to find a balance between socialization and safety. 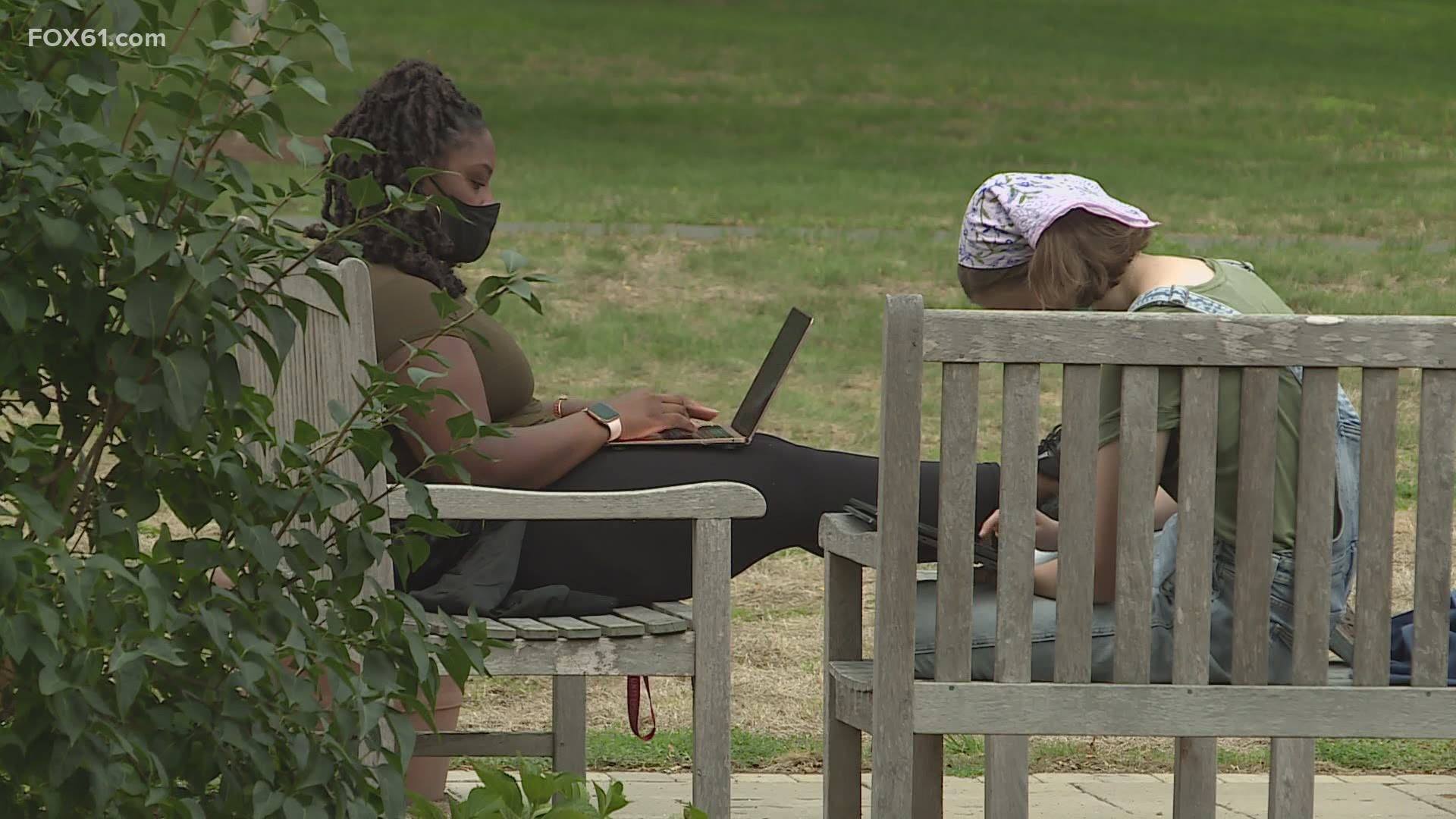 MIDDLETOWN, Conn. — Clusters of covid cases are popping up as students return to school and return to socialization.

From Kansas University, to Illinois State, and even here at home, at UCONN, college parties are getting shut down and college students are being sent home.

“A group of seniors threw a party in quarantine and they got sent home like minutes later, so people really don’t want to leave,” says Leah sewers, a sophomore field hockey player at the university.

The university says they have had at least one disciplinary issue with a student.

“We did send someone home for what we thought was an intentional violation of the rules, but most of the issues that have come up are handled conversationally,” says Michael Roth, the President of Wesleyan University.

As college campuses are back in full swing, so are college parties. But, at Wesleyan University, administrators are working to find a balance between socialization and safety.

“We want them to socialize. Part of being on campus is learning is to learn together. We just want them to do it safely,” says Roth.

Students at Wesleyan say it's a reasonable request.

Many feel safe, especially when they consider the alternative.

“Like my friends at state schools obviously have a lot more freedom right now,” says Ewers. “A lot of them have gotten corona too, though, so it’s like definitely a trade off. It’s definitely not the same.”

At Wesleyan, a big tent is set up for open mic nights. Students can eat socially distanced from each other and can even hold small gatherings.

“Some people ask me, aren’t we expecting too much from young people?” says Roth. “You know, my father’s generation, college age students were the ones who liberated France from the Nazis. We’re just asking not to go to big parties.”

The University is now considering cancelling spring break in favor for a mix of days off throughout the spring semester to discourage people from traveling to traditional spring break locations.