"This virus has no age limit, it's something when it hits you." 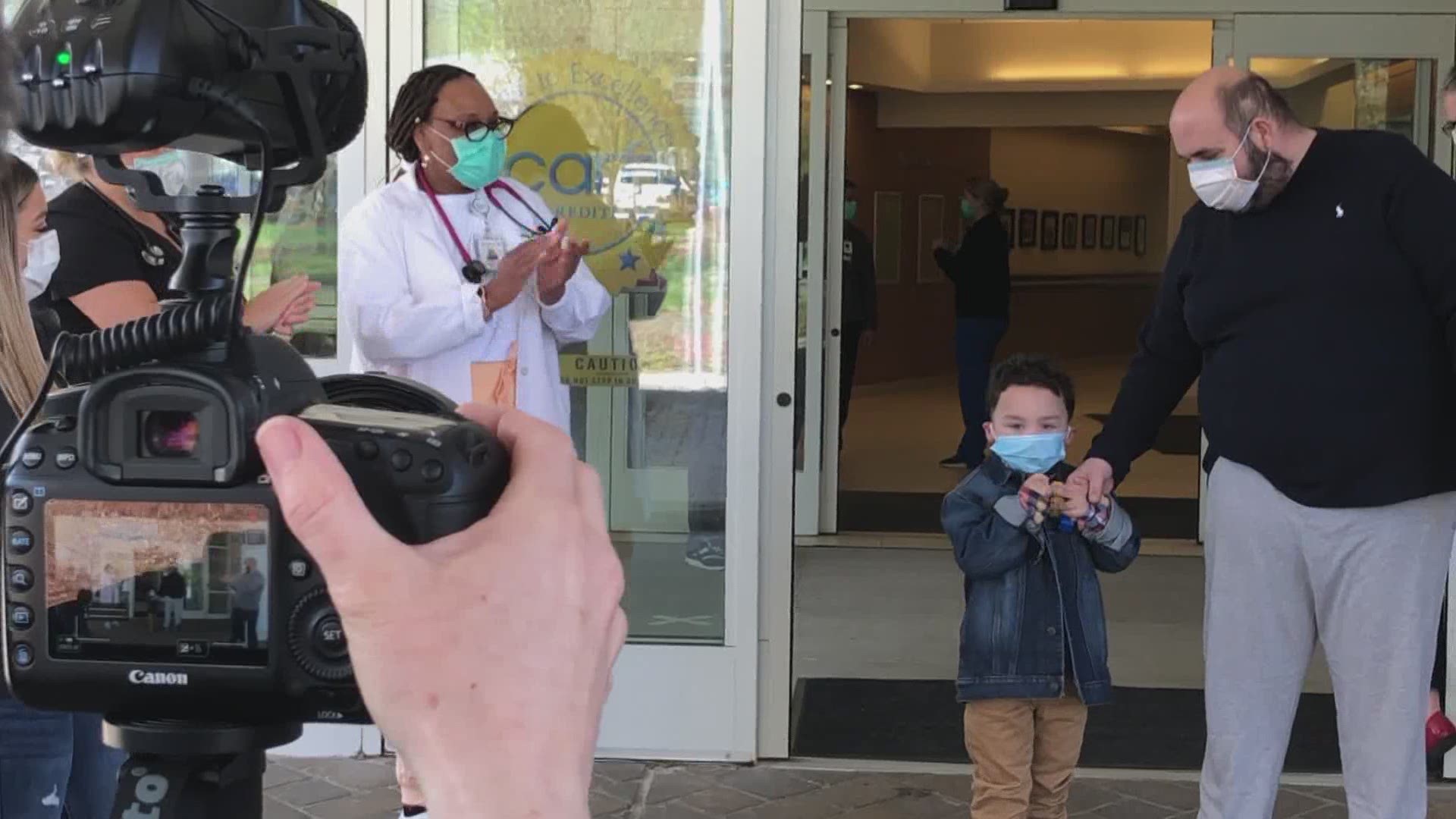 WALLINGFORD, Conn. — Anthony Spina, just 42 years old, never thought he would fall victim to Covid-19, not to the extent it hit him.

"This virus has no age limit, it's something when it hits you," Spina said. Spina would spend seven weeks in the hospital -- the first four and half at Yale New Haven Hospital where he was on a ventilator for 17 days.

Slow progress allowed Spina, a project manager by trade, to move to Gaylord Hospital for rehabilitation. On Wednesday, Spina's big day arrived -- discharge day. "This is the greatest feeling in the world," Spina said after seeing his wife Jessica and four year old son, Louie, for the first time in nearly two months.

After he was rolled out of the hospital to whistles, cheers, and rounds of applause, Spina's wife Jessica said, "I can't express my gratitude enough to Yale (New Haven Hospital) and these guys at Gaylord Hospital, they did a phenomenal job."

Caitlin Boland, who was one of Spina's physical therapists while he stayed at Gaylord said, "this is why we do what we do, just to see people return to their lives."