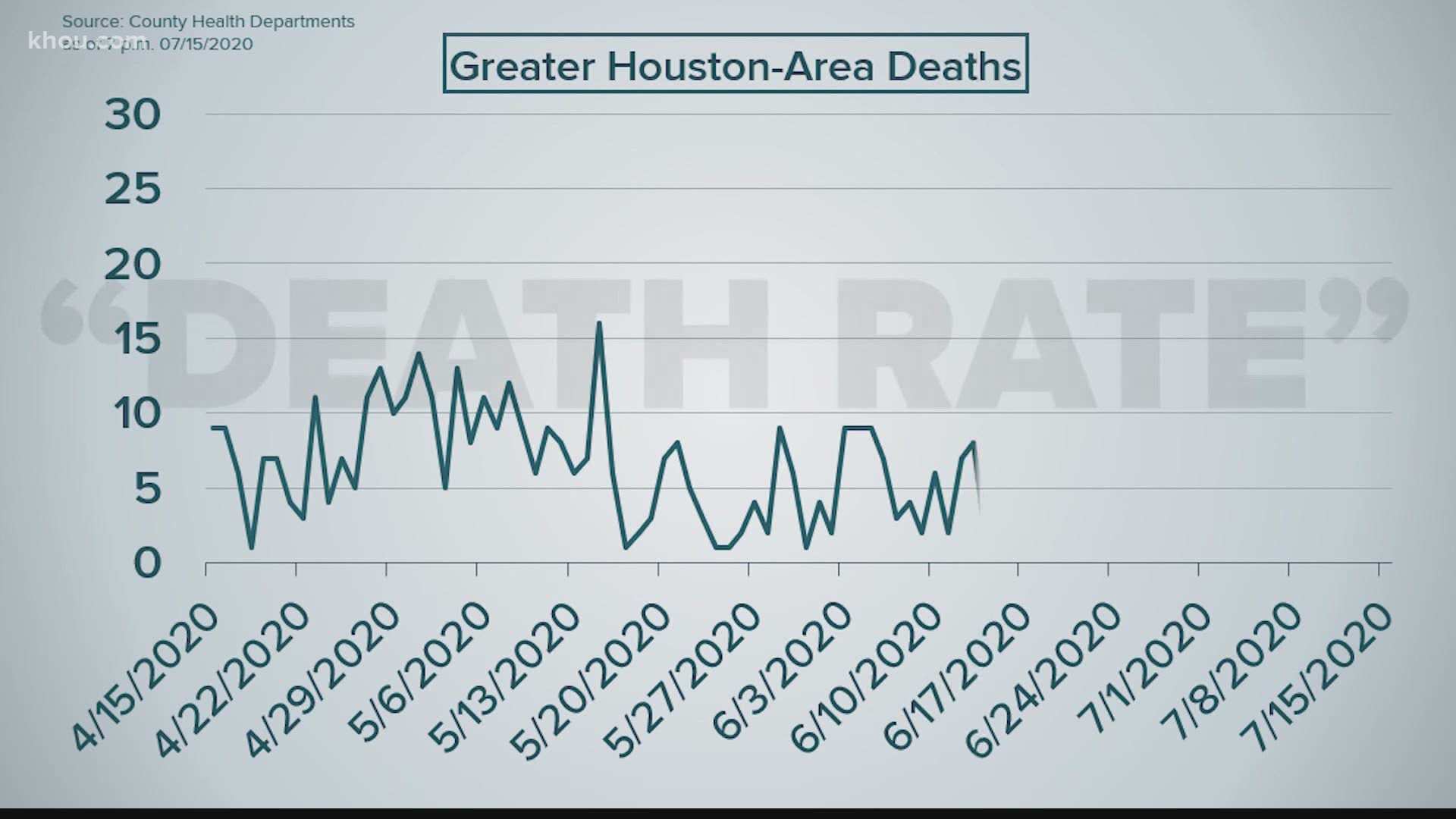 Those who want to know more about the virus are curious about the death rate: how many people die from the disease out of the larger population?

At a news conference on Wednesday, Houston city leaders said there are multiple types of death rates, and that looking at only one of them can cause confusion.

Here's how they're calculated:

Case death rate: Number of COVID-19 deaths in a certain population, divided by the number of known cases in the same population.

For example, the "case death rate" in the state of Texas would be:

Infection death rate: Number of COVID-19 deaths in a certain population, divided by an estimated number of people infected with the virus, including those who have not yet tested positive.

This statistic is tricky, because it assumes a certain number of people are infected and have not yet tested positive, which makes this figure, essentially, an estimate.

Population death rate: Number of COVID-19 deaths in a certain population, divided by all the people in that population, whether they have tested positive for the virus or not.

The argument behind this metric is that anyone could potentially contract COVID-19, and therefore should be included in the denominator.

In the state of Texas, the population death rate would be:

That's about 1 in every 10,000 people in the state die from COVID-19, which includes people who never get the virus.

RELATED: Next vaccine trial will test 30,000 people at 87 sites across US, including in Houston

RELATED: HISD will offer only online learning when school begins on Sept. 8