Right now, Yale-New Haven Health systemwide is treating roughly 400 COVID positive patients, 89 of which are in ICUs, with 35 requiring ventilators. 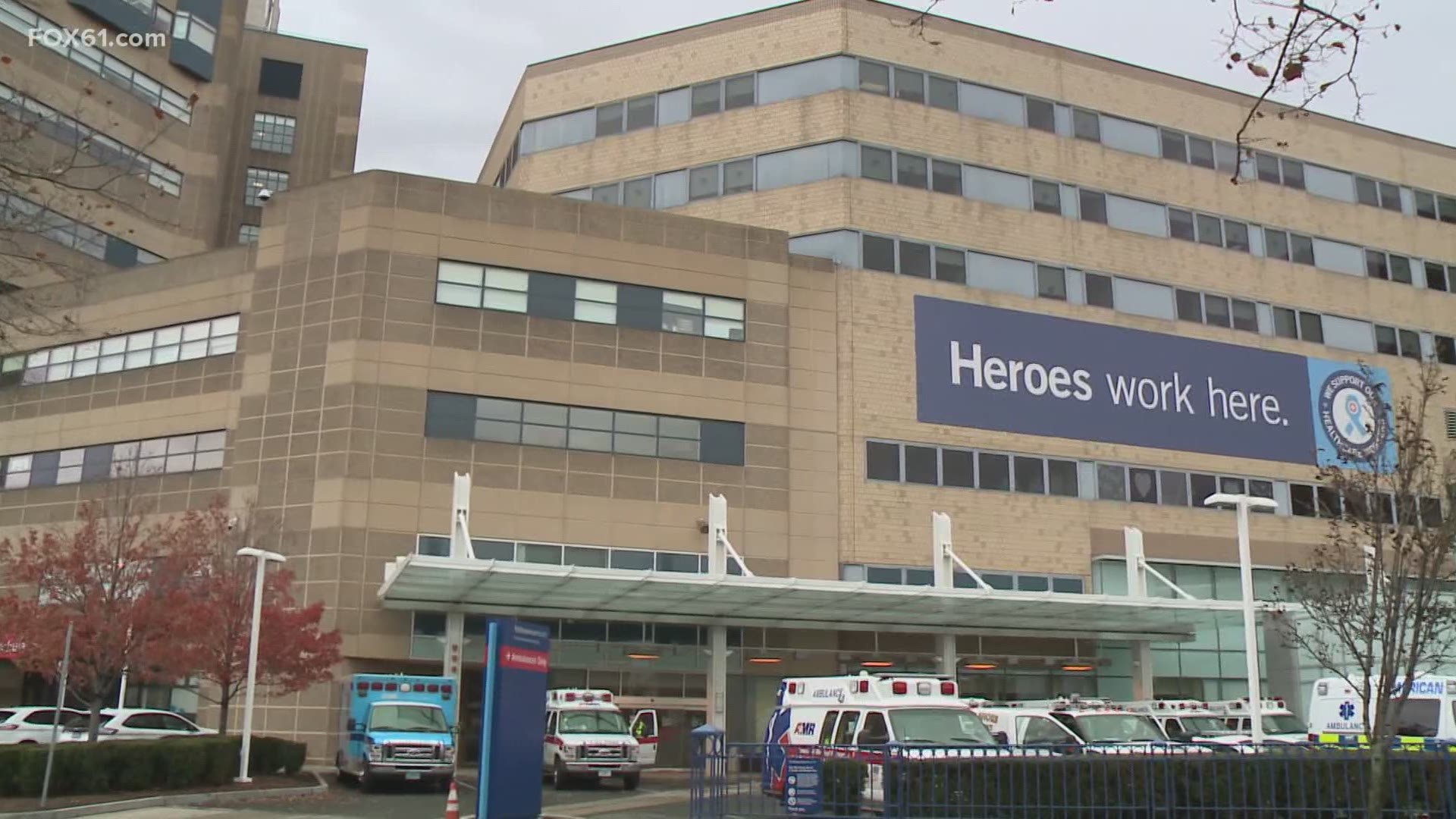 NEW HAVEN, Conn. — Yale-New Haven Health, which is the 4th largest hospital system in the country, is keeping a very close eye of the occupancy rate of their ICU beds, which was closing in on 80% as of Monday afternoon.

Dr. Thomas Balcezak, Chief Clinical Officer for YNHH says their hospitals sit where they did in mid to late March in terms of the number ICU beds being filled. But it is not solely due to Covid-19.

"We have not seen the drop off in ambulatory patients, which we saw (happen) in March," Balcezak said.

People stayed away from the Emergency Rooms and outpatient procedures in the spring. But now, these procedures and delayed care are taking beds.

"And unfortunately, we are seeing people presenting with cancer, later stage of heart disease," said Balcezak, citing some of the reasons. "So, we want to make sure that we stay open and we make sure that we are here to provide that kind of care."

Right now, Yale-New Haven Health systemwide is treating roughly 400 Covid positive patients, 89 of which are in ICUs, with 35 requiring ventilators. But ventilator usage isn't happening as often as in the spring.

"We’ve learned that things like non-invasive ventilation or high flow oxygen work well in taking care of these patients," said Balcezak. "In fact, we’ve demonstrated a real reduction in mortality this time around."

While encouraged by the prospect of three vaccines available soon, Balcezak says they won't likely be available to a large portion of the population until February or March, "which means that it’s really in the public's hands right now about whether or not we get overwhelmed or we don’t get overwhelmed."

He says science has concluded what are the two most important factors in mitigating the spread. "One is mask up and two is avoiding gatherings. Most of the spread has been small groups particularly family-based settings."