YNNH paramedic is reunited with his family after beating COVID-19

Lifesaver whose motto is "Don’t stand over someone unless you’re helping them off the ground," gets lifted up by medical staff, family, and friends. 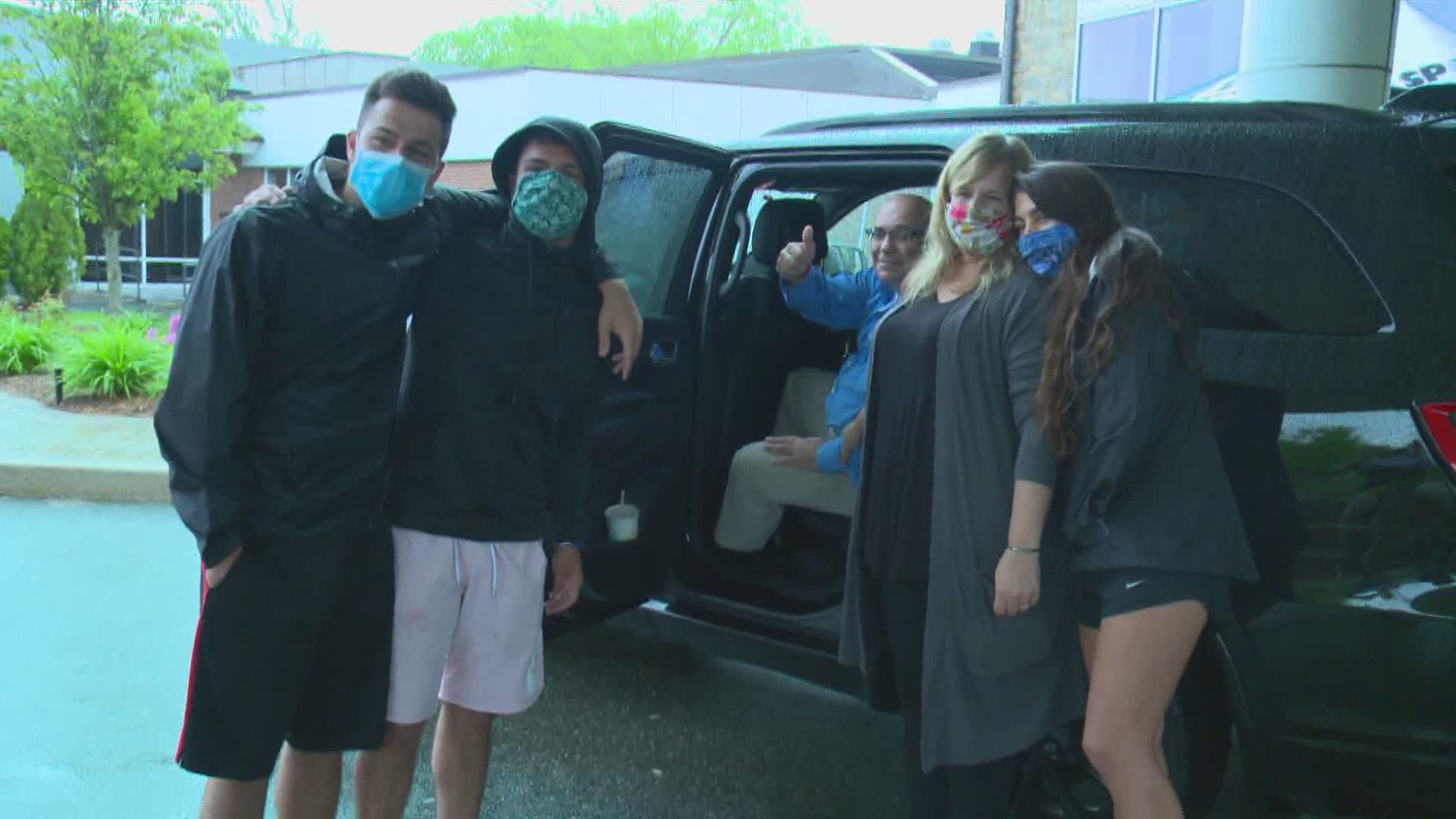 Len Guercia has been helping to save lives for 31 years as a paramedic, but nearly two months ago, he found himself on the other side after being diagnosed with COVID-19. Saturday, he was reunited with his family after being released from Gaylord Specialty Healthcare. Cheered on by those who helped him recover, Guercia, walked into his family’s arms for the first time in two months.

After spending weeks on a ventilator and then weeks in recovery… that was the exact moment they had all been waiting for.

"So much joy was in my heart at that point because I hadn’t seen him and I love him so much and I miss him so much," said his son, Tyler Guercia.

As the manager of EMS for Yale New Haven Hospital, Guercia is used to being the one helping others, but this experience, gives his entire family an even bigger appreciation for those on the front lines.

"His motto is, "Don’t stand over someone unless you’re helping them off the ground." He lives by that, so him being on the other side was definitely different for him and it’s going to show us a new appreciation for what he does," said his daughter, Alexa Guercia.

His family and friends showed up in big numbers to show their support, holding signs, and ready to welcome him back home.

"It’s a true testament to my husband what a great person he is that he has so many people that care about him," said his wife, Kerri Guercia.

She says, when times were most difficult it was the care and support the family got from each other that helped them get through it.

RELATED: Wallingford paramedic to be released from rehabilitation after two month battle with COVID-19

"My kids are always so positive for me, and I think they were trying to be strong for me, and I got so much strength from them and it made bearable on a day to day basis," she said.

As for what’s next for Guercia, he looks forward to getting back to helping others again.

"I’ve been a paramedic for 31 years and I want to go back to it but not for awhile," he said.

RELATED: Connecticut's Nurses Heroes of Hope: COVID-19 patients on the road to recovery thank their nurses