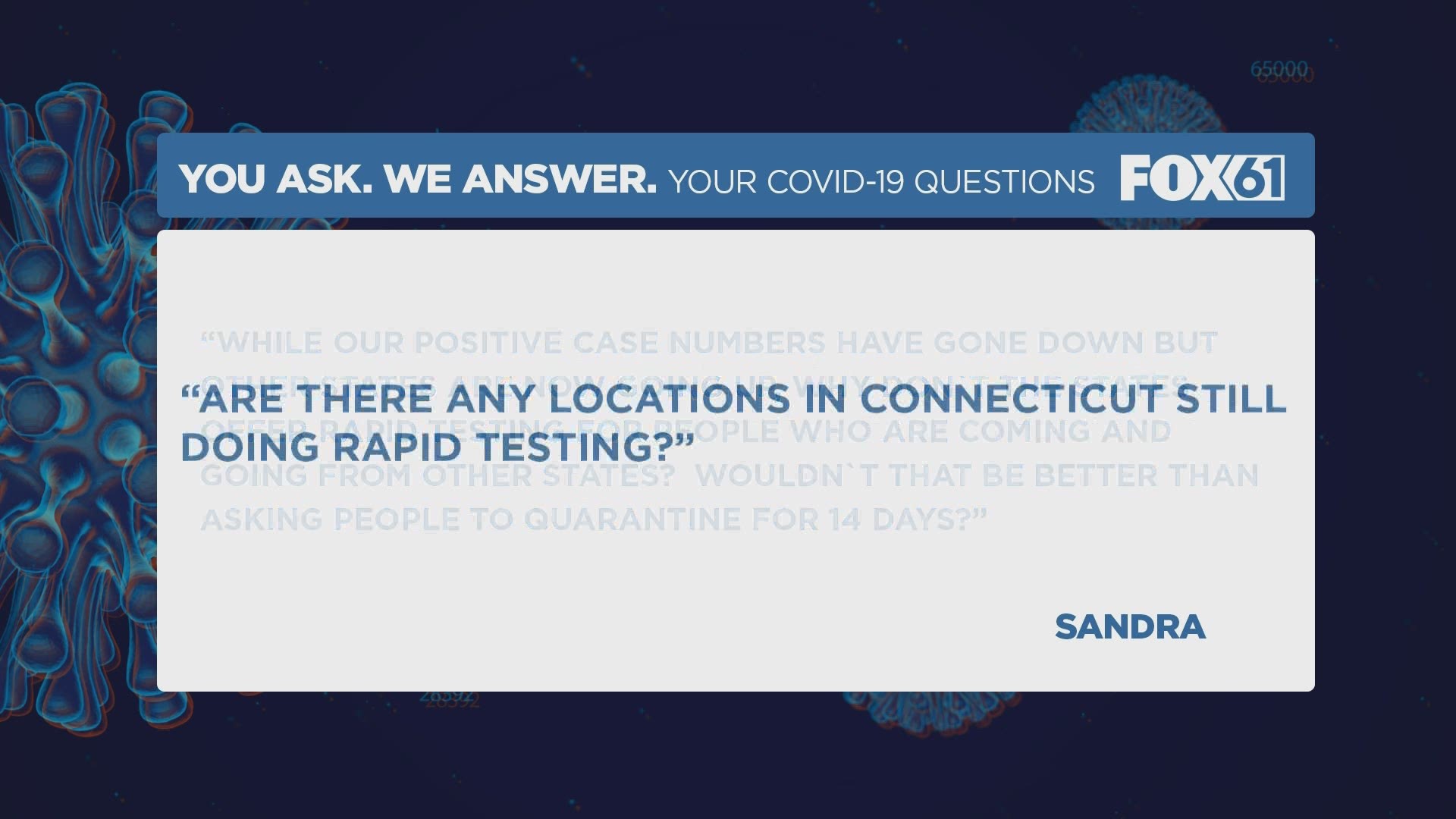 Sandra, who owns a travel agency, wrote, “While our positive case numbers have gone down but other states are now going up, why don’t the states offer rapid testing for people who are coming and going from other states? Wouldn’t that be better than asking people to quarantine for 14 days?” She went onto ask, “Are there any locations in Connecticut still doing rapid testing?"

The Governor addressed this question at one of his daily briefings. He said he is still working to see if Connecticut, New York and New Jersey will have a 72-hour testing requirement as an alternative to the 14-day quarantine. So far, it is not in place yet.

As for the rapid testing site, there is still one open at Samuel V. Arroyo Recreation Center in Hartford. You do need an appointment, and since it’s run by CVS Health, you do have to be showing symptoms before being tested.

For more information on testing: https://portal.ct.gov/Coronavirus/Covid-19-Knowledge-Base/COVID-19-Testing

CVS Health also has 27 drive through testing locations across Connecticut, where you can get your results in about two days. On Tuesday, FOX61’s Amanda Raus spoke with Robert George, a pharmacy manager for CVS Health. He stressed the importance of testing and also how easy it is for customers.

“As you come through the drive through, you are greeted by a tester. You verify the information and we’re going to walk you through the process. This test is a self-swab nasal swab test, and you’re doing it by yourself. The comfort of this is that you feel protected. You’re in your car. We are behind the screen, in the drive through, walking you through this entire process,” said George.

George also said the entire process should take about 10 minutes. You do need an appointment and will need to fill out a questionnaire on the CVS Health website.

For all You Ask. We Answer. stories, click here  \

RELATED: You Ask. We Answer. | Where can I get an antibody test; Maine vacation; Wearing a mask