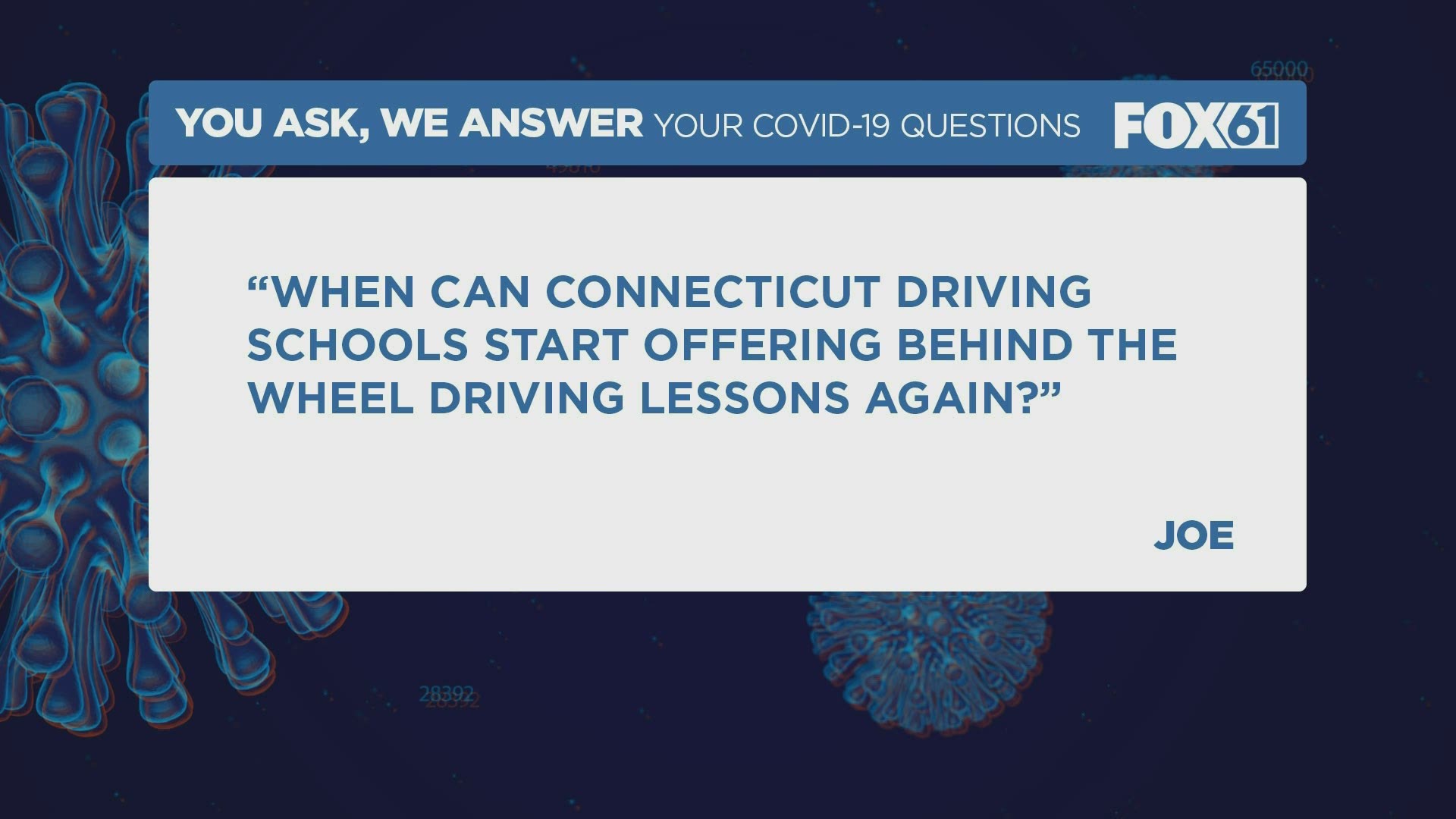 Henry asked, “When will the courts be open in Manchester or Hartford?”

According the CT Judicial Branch website, the Hartford Judicial District, Geographical Area 14 at 101 Lafayette Street is already open, and has been open since April. The Judicial Branch just announced Thursday that starting Monday, June 29, limited operations will resume in four additional courthouse locations: the Judicial District courthouses in Danbury, Milford and Stamford, and at the Geographical Area No. 11 courthouse in Danielson. That expansion will bring the number of open courthouses to 17 in the State. One note: anyone entering a court facility must wear a face mask covering their mouth and nose and allow for social distancing.

FOX61 spoke with Deputy DMV Commissioner Tony Guerrera to get some guidance on this, because as Joe mentioned in his email, the driving schools are independent businesses.

“I think it really depends on when the Governor comes out and says through the reopening of Connecticut what phase that would be. I’m anticipating that would probably be very soon, but in the meantime, we’ve started conversations with the driving schools and asking them to start putting preparations in place in regards to how they’re going to do it. You know what I mean? So when their students come in, they’re going to ask them the COVID-19 questions in regards to any sickness, temperatures again, taking temperatures, making sure they sanitize the vehicle before they go in and to make sure our inspector that drives along with them has the proper mask, the proper gloves, has everything in place so we are adhering, again, to the COVID-19 issue,” he said.

RELATED: You Ask. We Answer. | No hot water; Yard sales?

RELATED: You Ask. We Answer. | Getting access to your unemployment benefits

RELATED: You Ask. We Answer. | Unemployment