You Ask. We Answer. Questions about state parks facilities and access 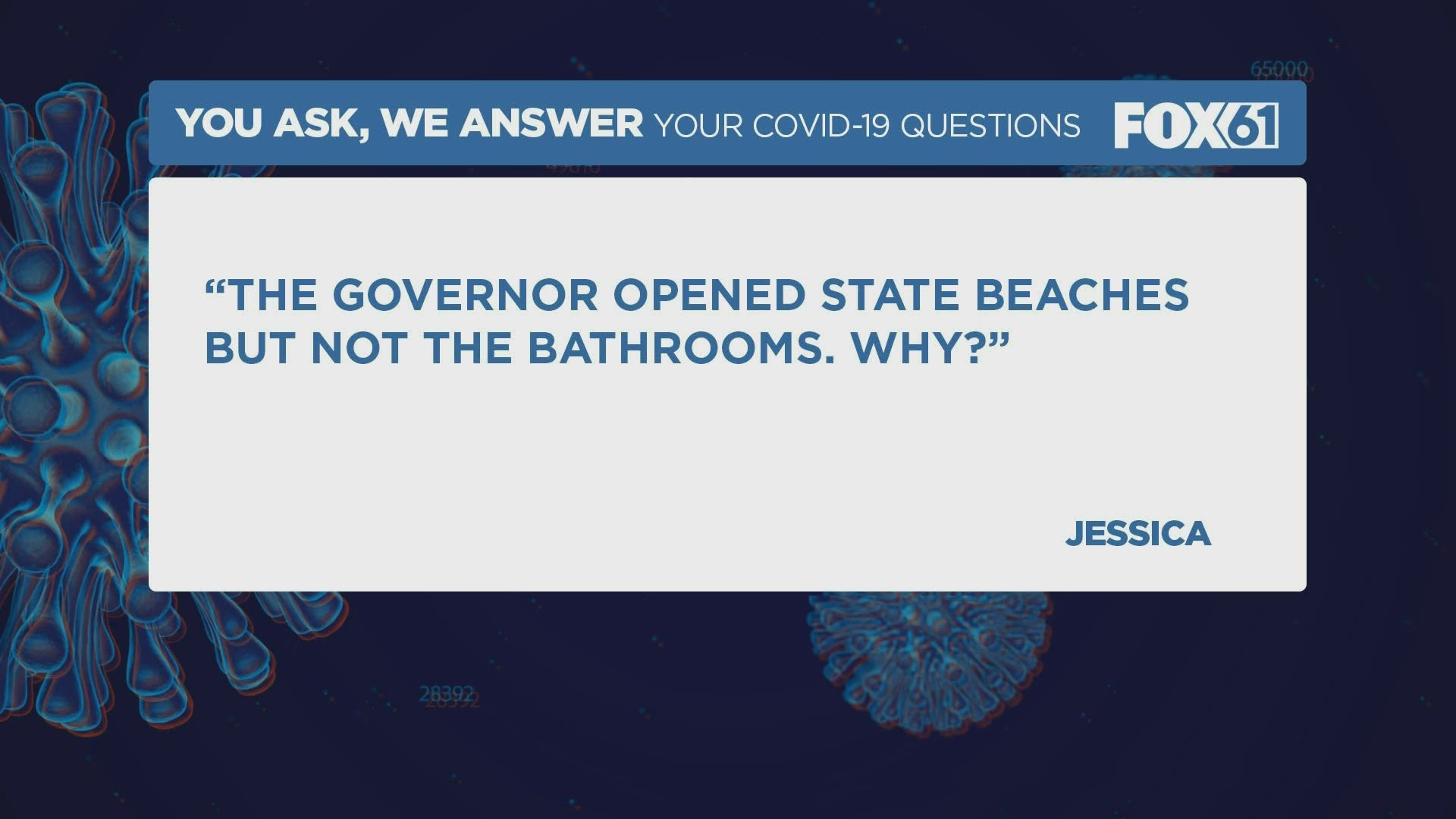 Jessica wrote, “The governor opened state beaches but not the bathrooms. Why?”

FOX61 reached out to the Department of Energy and Environmental Protection. It confirmed restrooms at state parks/beaches are not currently open, but the DEEP is looking at ways to get them open hopefully in the near future. It says opening restrooms require having proper PPE for staff, and a cleaning plan that is in line with the latest guidance from the CDC and the State Department of Health, that is both safe and feasible for staff to execute, and safe for the visitors who come to the parks. In the meantime, DEEP says portable toilets are available at many of our state parks, including all of our shoreline parks.

“Why is Connecticut selling beach passes to out-of-state people?”

RELATED: You Ask. We Answer. Problem with unemployment bank card; Locked out of PUA; Stimulus check not received yet

RELATED: You Ask. We Answer. | Unemployment and stimulus questions answered