The 14-day rolling average fell, despite the one-day jump. 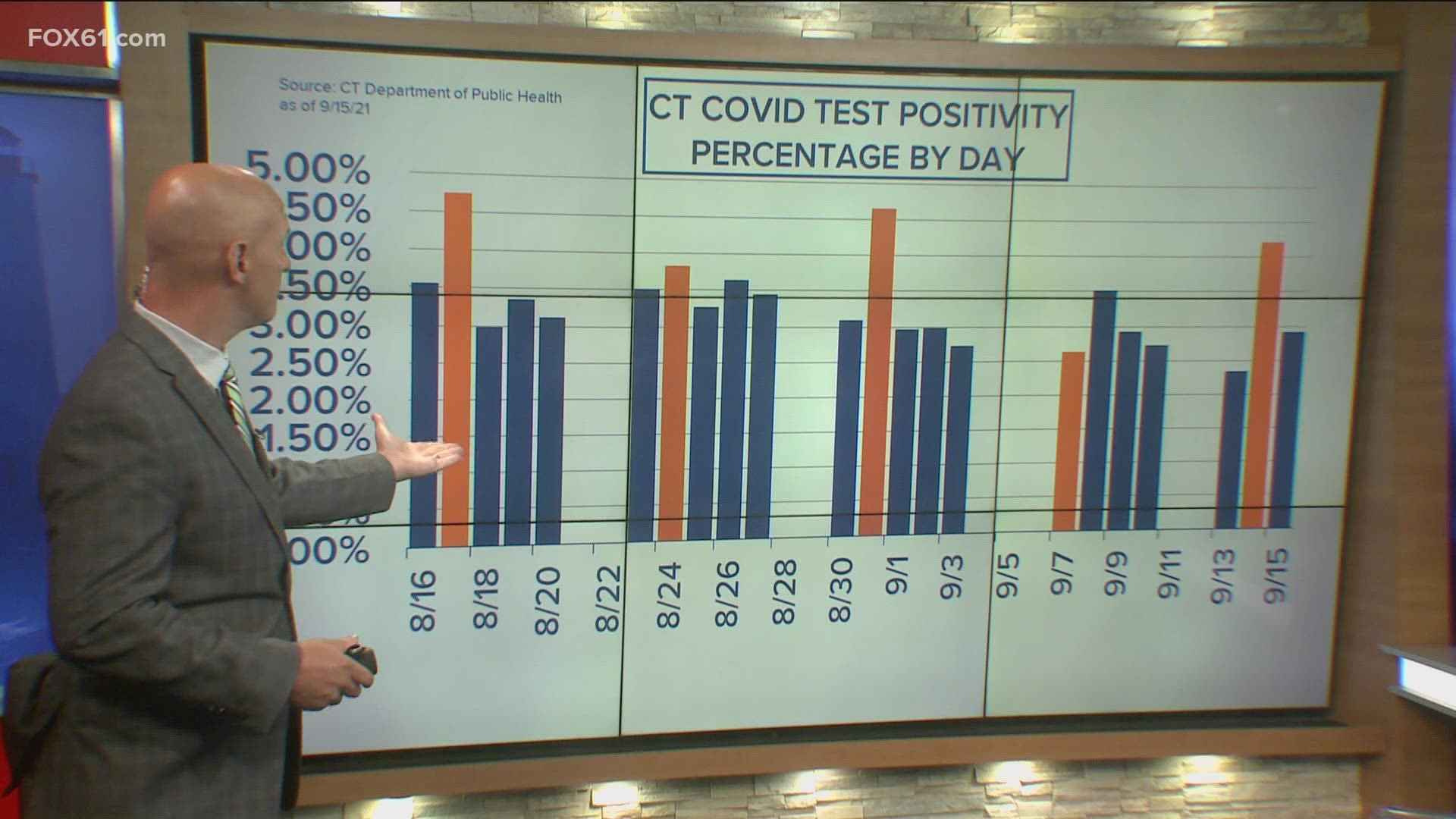 HARTFORD, Conn. — It’s understandable if you got worried earlier this past Tuesday, when the COVID-19 test positivity rate almost doubled, from 2.3% to 4.2%. However, with proper context, the story behind the numbers is far more reassuring.

All along, we’ve stressed that there is a lot of variation in those percentages from day to day, and that variation is not because the virus suddenly explodes in growth one day, and then shrinks the next. It’s because of more benign differences in test reporting.

The Tuesday reports are highlighted in orange. We still don’t know why, but the percentages have been far higher on Tuesdays than other days, a trend that goes back months.

The only day over the last month where that didn’t happen was the Tuesday after Labor Day, and that’s because the entire four-day weekend going back to the previous Friday was lumped in with it. Each time it jumped way up for a day, it slid right back down after that.

Credit: FOX61
The 14-day rolling average is displayed in orange.

That’s why we look at test positivity as a rolling chunk of the most recent 14 days. It smooths out the ups and downs into a steadier line, which is represented in orange. As you can see, the rolling average has been trending down, not up.

Even on the Tuesday where the test positivity was 4.3%, the rolling average dropped slightly because two Tuesdays ago before that, it had been even higher.