COVID Stress | Impact of the pandemic on Americans' daily lives

The uncertainty and change in routine have led many down a dark hole. 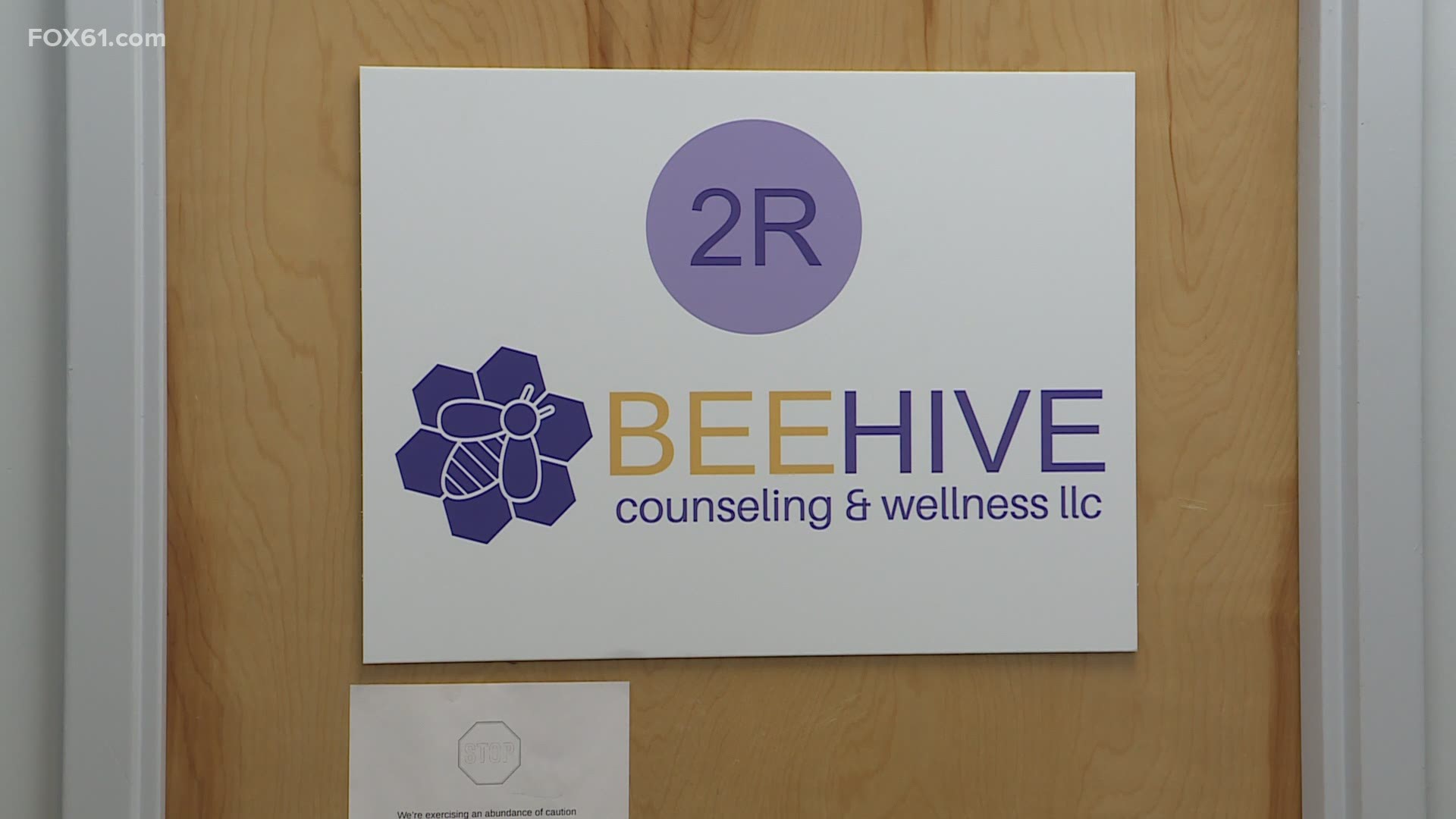 CONNECTICUT, USA — The Coronavirus pandemic has taken a toll on millions of Americans' mental health.

The uncertainty and change in routine have led many down a dark hole.

"I think a lot of people are suffering from anxiety. They’re just sad and lonely and they want help and just cry," said

Officer Velez has dealt firsthand with those cries for help. It is what she and her fellow officers have been trained for as part of the Hartford Police Department's Employee Assistance Program.

Just recently, a mother thanked those officers on Facebook for saving her son.

In March, right before the peak of COVID-19, Governor Lamont ordered all restaurants and bars to close. Three weeks after the closure, those who heavily relied on social gatherings had nowhere to turn.

The term 'social distance' has been thrown around many times during the pandemic. While it has been effective in lowering the spread, it can also make people feel isolated and lonely, leading some to not sleep as well and turning to an increased use of tobacco and alcohol.

Others found relief by overdosing. Opioids and heroin came their temporary suppressant.

"There’s a man passed out or somebody’s got a needle in their arm, or they’re in a bathroom at a restaurant," added Officer Velez.

Emotions and actions like such are usually caused by a trigger. In this instance, Rebecca Robotham with Beehive Counseling and Wellness said her clients fear the unknown.

"Their jobs, just their financial, their family systems have changed, children being homeschooled," said Rebecca Robotham of Beehive Counseling & Wellness.

According to the Connecticut Suicide Advisory Board, suicide attempts and deaths were reduced during the spring and summer months, but the numbers have rebounded.

"Sometimes people do come out and say I’m suicidal. Other times, it maybe I’m not feeling myself right now, I’m feeling like what’s the use of living," added Robotham.

The words "not feeling myself" were thought of by a local wedding photographer.

Jessica Tones' business was put on pause for the first three or four months of the pandemic. Her clients repeatedly postponed their special day. That led to her income coming to a halt. Her mental illnesses though - anxiety, depression, and attention deficit hyperactivity disorder - kicked into high-gear.

"I almost gave up honestly. I fell into this weird depression for some time. It was mood swings. Big rollercoaster," added Tones.

Tones broke the stigma through therapy and medication which became her savior.

"The shortness of breath, usually feel like my hands get really tight and that makes it hard to edit and do anything, so they get into a claw mode, sometimes my eye twitch," added Tones.

For many, getting the support or admitting they need it is difficult, but it is important to know help is available.