The L.M.G.: A new greeting for a new era

LMG can also stand for “like-minded greeting,” for people who want to respect each other, while also respecting a safe distance, something the handshake doesn’t do. 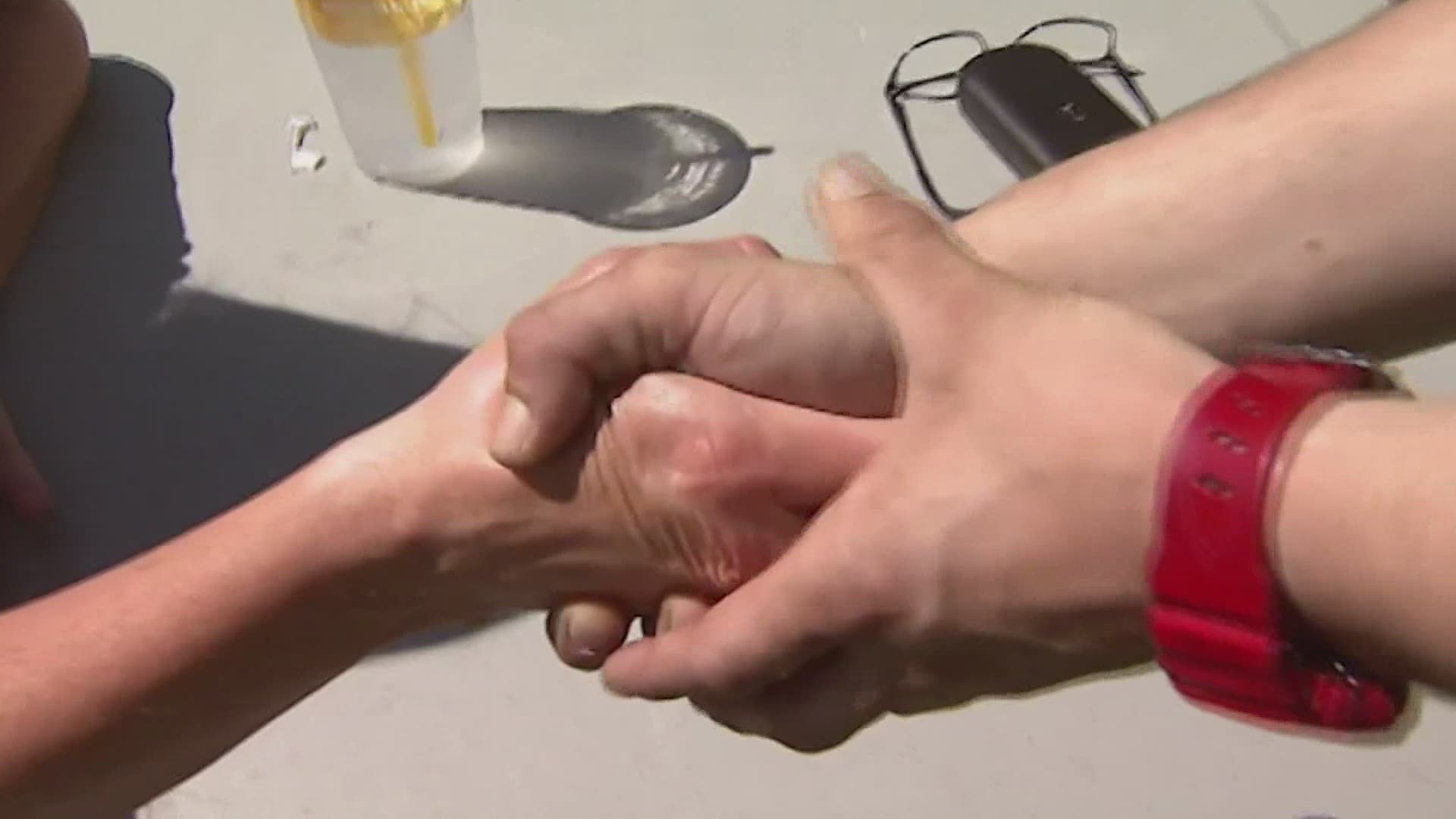 HARTFORD, Conn — The Covid-19 pandemic has caused many changes to our lives, both big and small, and it’s interesting to consider which changes may become permanent. Dr. Cato T. Laurencin, the CEO of the Connecticut Convergence Institute for Translation in Regenerative Engineering, said the handshake could die out someday, as people become more aware of sanitization and pathogens. He said he’s already been working on an alternative – the LMG, or Laurencin McClinton Greeting, which he developed with Dr. Aneesah McClinton. Dr. Laurencin said LMG can also stand for “like-minded greeting,” for people who want to respect each other, while also respecting a safe distance, something the handshake doesn’t do.

“We know with the handshake there's a transfer of up to 124 million bacteria by some studies,” said Dr. Laurencin.

So the LMG starts from a distance, by placing a hand over the heart.

“The hand over the heart connotes respect in a number of different cultures,” Dr. Laurencin said.

There’s also an optional second part of the greeting, even if it’s not the best time for it now.

Of course, the contact has to be on a realtively germ-free part of the body. Dr. Laurencin said high-fives obviously won’t work, and even an elbow touch is too risky.

“A number of people use the elbow but you have to remember we’ve actually been now trained to cough into our elbow and sneeze into our elbow,” said Dr. Laurencin.

“The reason is we like to have the hand area that’s mostly contaminated facing away from the other person,” said Dr. Laurencin.

There are a lot of minds who seem to like the like-minded greeting. Dr. Laurencin said a video he made with UConn President Thomas Katsouleas to teach the LMG has gotten a good response. He said the LMG was features in Science magazine and other publications.

RELATED: How many people would need to take a COVID-19 vaccine to end the pandemic?