Officials are asking people to keep their distance from one another. 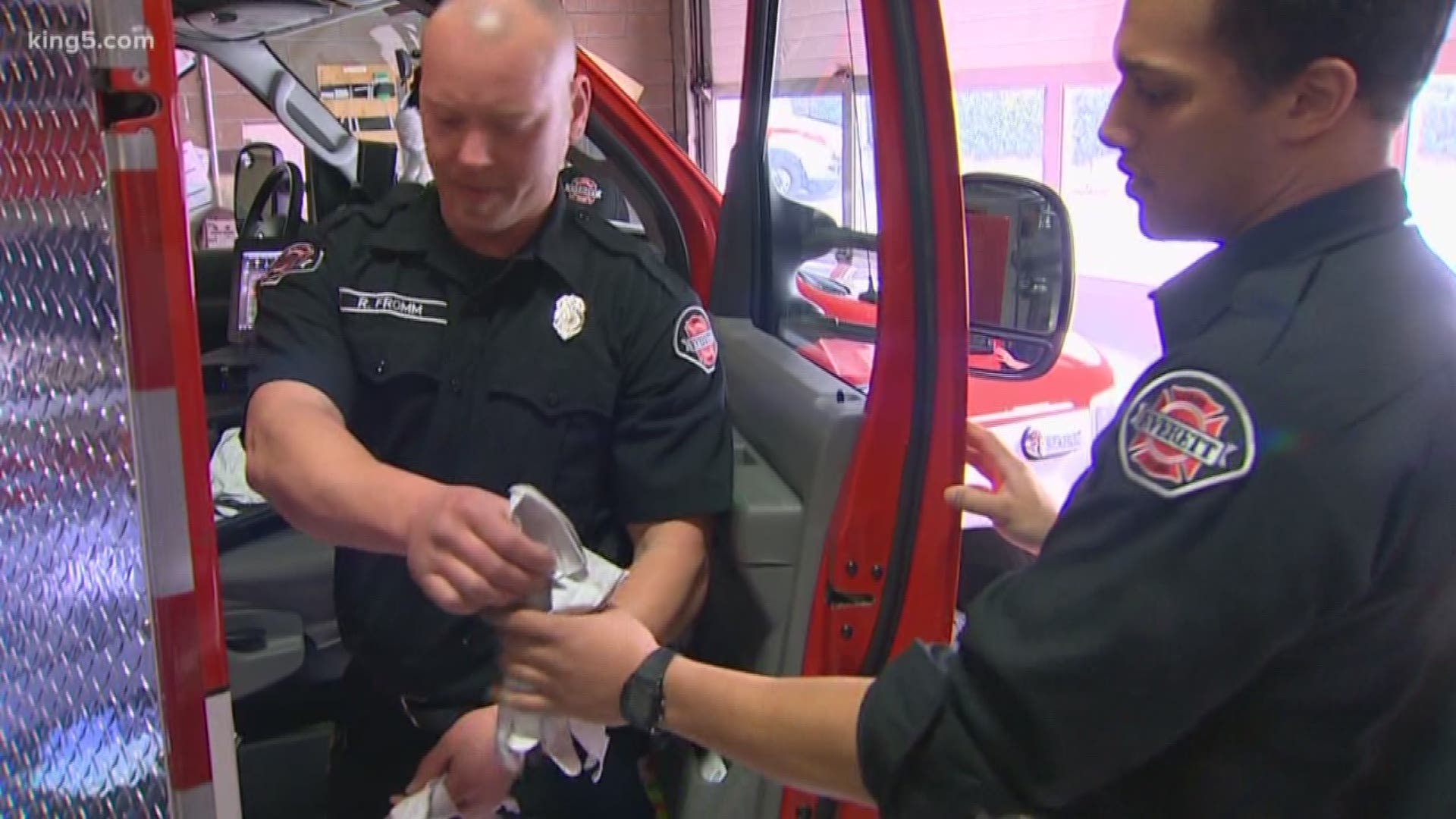 EVERETT, Wash. — Calling for "new behaviors," officials in Snohomish County declared a state of emergency over the novel coronavirus outbreak and laid out guidelines for the public on Thursday.

They are asking people to stay away from groups of 50 or more, to avoid handshakes and to keep at least 6 feet between themselves and others when in public.

"Social distancing can be one of the best ways for us to combat the spread of this virus," said Snohomish County Health Officer Dr. Chris Spitters.

RELATED: Real-time updates: 11 dead, 59 others infected with coronavirus in Washington

Officials are also practicing what they preach. Everett police canceled a Coffee With A Cop event at a downtown Starbucks.

So far, there have been 70 confirmed cases of COVID-19, a respiratory illness caused by novel coronavirus, throughout Washington state. Of those cases, 18 of those are in Snohomish County, including the death of one man in his 40s who was a patient at EvergreenHealth.

RELATED: Deaths and cases of coronavirus in Washington state

In Snohomish County, firefighters and other first-responders are being outfitted with gloves, masks and goggles for any calls they receive involving respiratory issues.

Fire officials said seeing a responder with protective gear is no reason for alarm.

"This is all about being proactive," said Bronson Pearson of the Everett Fire Department. "We just want to keep our guys safe and the community safe. The more careful we can be the better."

Public transit is now being more thoroughly scrubbed. Sanitation stations for hand washing are being set up in government buildings.

Because people older than 60 are especially at risk, senior centers in Lynnwood and Everett have been temporarily shut down as a precaution.

Health officials advised people to call their doctors before showing up at a clinic, and to avoid the emergency department unless they're very sick.

"This will allow our health care workers to remain safe themselves and focus on the most urgent cases more quickly," Spitters said. "All of these precautions are recommended not mandatory. It's really up to the individual at this point."

The county also encouraged employers to allow people to work from home. The decision to close schools is being left at a district level.

Despite the growing number of cases, and concern Snohomish County Executive Dave Somers said the risk of contracting the disease remains very low.

"The British have a saying, 'Stay calm and carry on,'" Somers said. "I think ours should be, 'Keep calm and wash your hands.'"