The Diamond Princess cruise ship has been quarantined off the Yokohama shore for 11 days now. 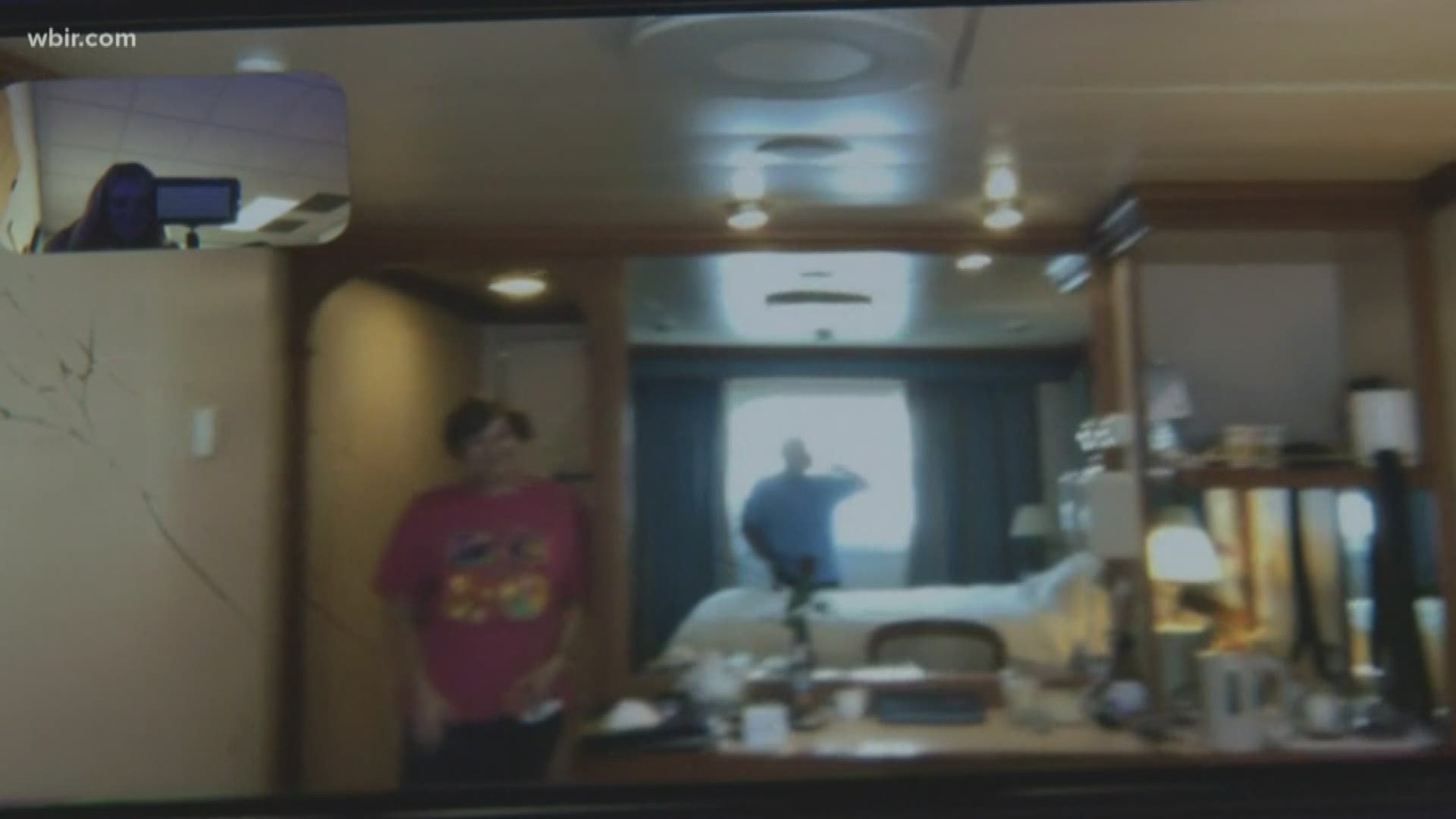 ELIZABETHTON, Tenn. — China is reporting another sharp rise in the number of people infected with the Wuhan coronavirus.

The Diamond Princess cruise ship has been quarantined off the Yokohama shore for 11 days now. More than 200 passengers and crew tested positive for the coronavirus, at least 32 of them are Americans.

Almost 4,000 are on board and two of them are a couple from here in East Tennessee.

Dr. Arnold Hopland of Elizabethton, TN said while it's not ideal, him and his wife, Jeanie, have been well taken care of. His main concern lies in making sure everyone gets off without spreading the infection even more.

Their room is small and confined, but thankfully has a window. They've been stuck inside since February 3, only able go outside for an hour every few days.

"The cruise line and the crew are tremendous in taking care of us. We are in no discomfort," said Hopland.

He said they were told after being quarantined for 14 days, those that showed no symptoms would be able to fly back to the U.S.

"It caused me great concern to hear that."

He said the greatest risk lies in letting asymptomatic people return which could cause the virus to spread even more.

"We would like to be back to our normal lives but whatever we do in the middle of this potential crisis we really are concerned about how this thing can spread," said Hopland.

Congressman Phil Roe (R-Tenn.) is just one of many involved trying to find a solution.

"They're gonna have to quarantine those folks a couple weeks, test them," he said.

He said there's no definite timeline in place right now, but is working to make sure all Americans get home.

As for the Hoplands, they're enjoying their prolonged vacation and each other's company, willing to wait as long as it takes to make sure no one else is affected.

"It's not for our protection, it's for the protection of the country," said Hopland.

Something they're very thankful for? A personal supply of coffee that they picked up during a stop in Vietnam.

"We make our own coffee and that's the biggest complaint we’ve heard on the boat is people not getting their own coffee."

Some on board were able to leave Friday, which included those 80 or older and those with serious medical conditions. They'll be quarantined until at least Wednesday.