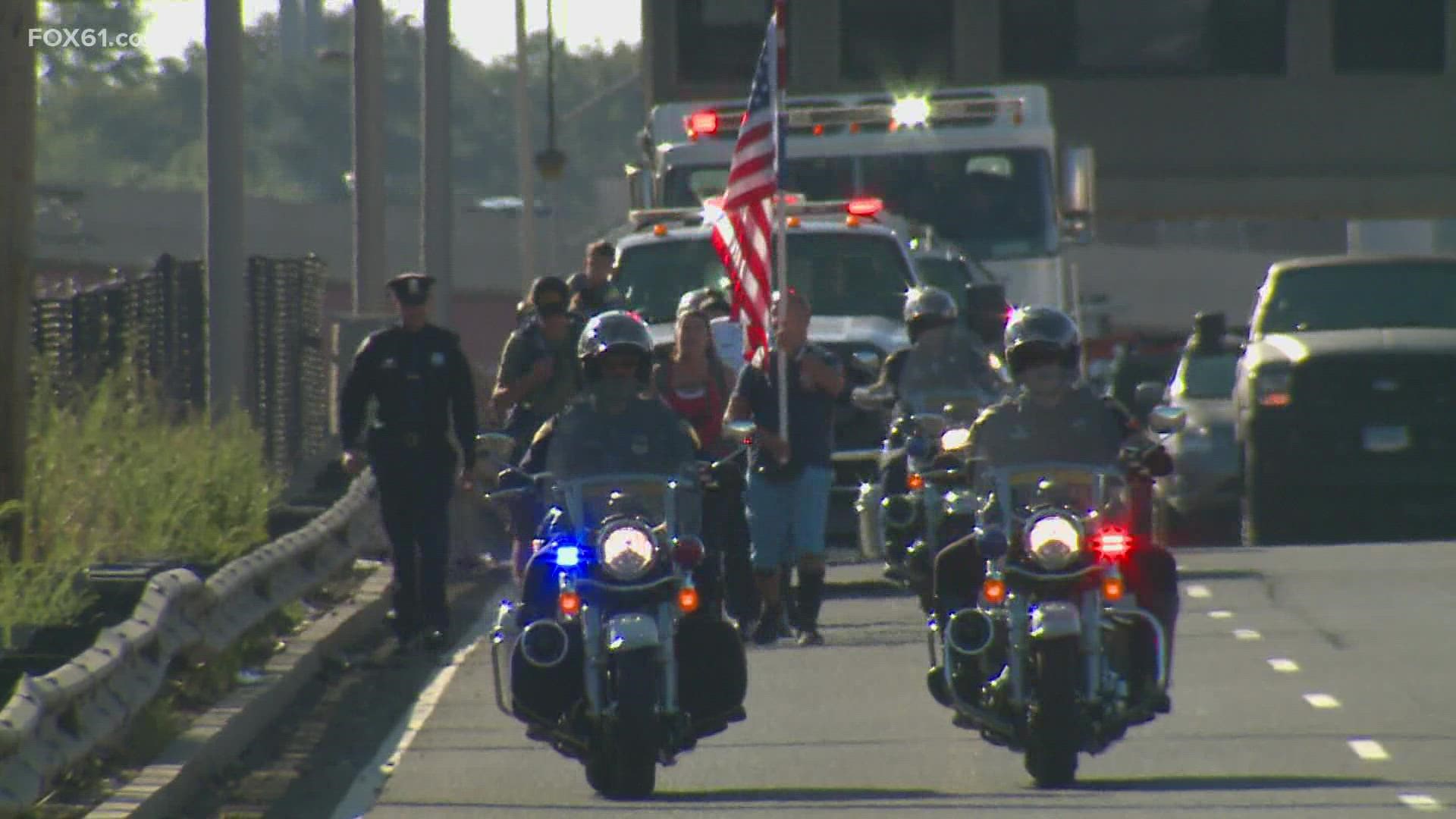 NEW HAVEN, Conn. — Her feet are hurting, but it's her heart that truly aches.

That's why a 9/11 widow, Denise Olsen, is among those taking part in the Heroes Hike – walking from Boston to Ground Zero in New York City. They will arrive on the morning of September 11.

While they traveled from Branford to Milford, stopping at the New Haven Police Department Tuesday, the two-week-long Heroes Hike absolutely had to start at Boston’s Logan Airport.

"Because the planes departed from there that flew into the World Trade Center," Olsen told FOX61 News.

Her husband, Jeff Olsen, was a New York City firefighter based at the World Trade Center. He was killed 20 years ago when the twin towers collapsed.

"I would say that my fondest memory of him would be [him] as a father," said a teary-eyed Olsen, who added that her husband would do anything for their three children.

"You know, painting my daughter's fingernails, letting her put makeup on him," she said with a smile.

Among those doing the two-week, 245-mile trek, is an Army veteran, who asked Olsen if she would like to walk the final several miles.

"But as soon as she heard the scale of this she committed right away and wanted to do the entire walk," said Army veteran Danny Stokes.

The third member of the group is a high school junior from Boston, whose brother is now in the Marine Corps.

RELATED: Surviving 9/11 was 'just the first piece of the journey'

Today was supposed to be Richter‘s first day of school, but next week, he'll have plenty for the “how I spent my summer” presentation.

"I think I’m gonna have the most meaningful summer definitely," he said.

"I think it’s our duty as Americans to make sure that we never forget," Stokes emphasized.

The group is scheduled to arrive at Ground Zero at 8:46 a.m. Saturday, which marks 20 years to the minute the first jet crashed into the World Trade Center.

The Heroes Hike is sponsored by Black Rifle Coffee, which takes care of all lodging expenses. And, Denise Olsen says they have received unexpected cash donations, which they will turn around and present to one of the organizations assisting the families of the 13 U.S. military members killed in Afghanistan.