"Remembrance 9/11" is a digital tribute to those lost during the terrorist attack at the World Trade Center nearly 20 years ago. 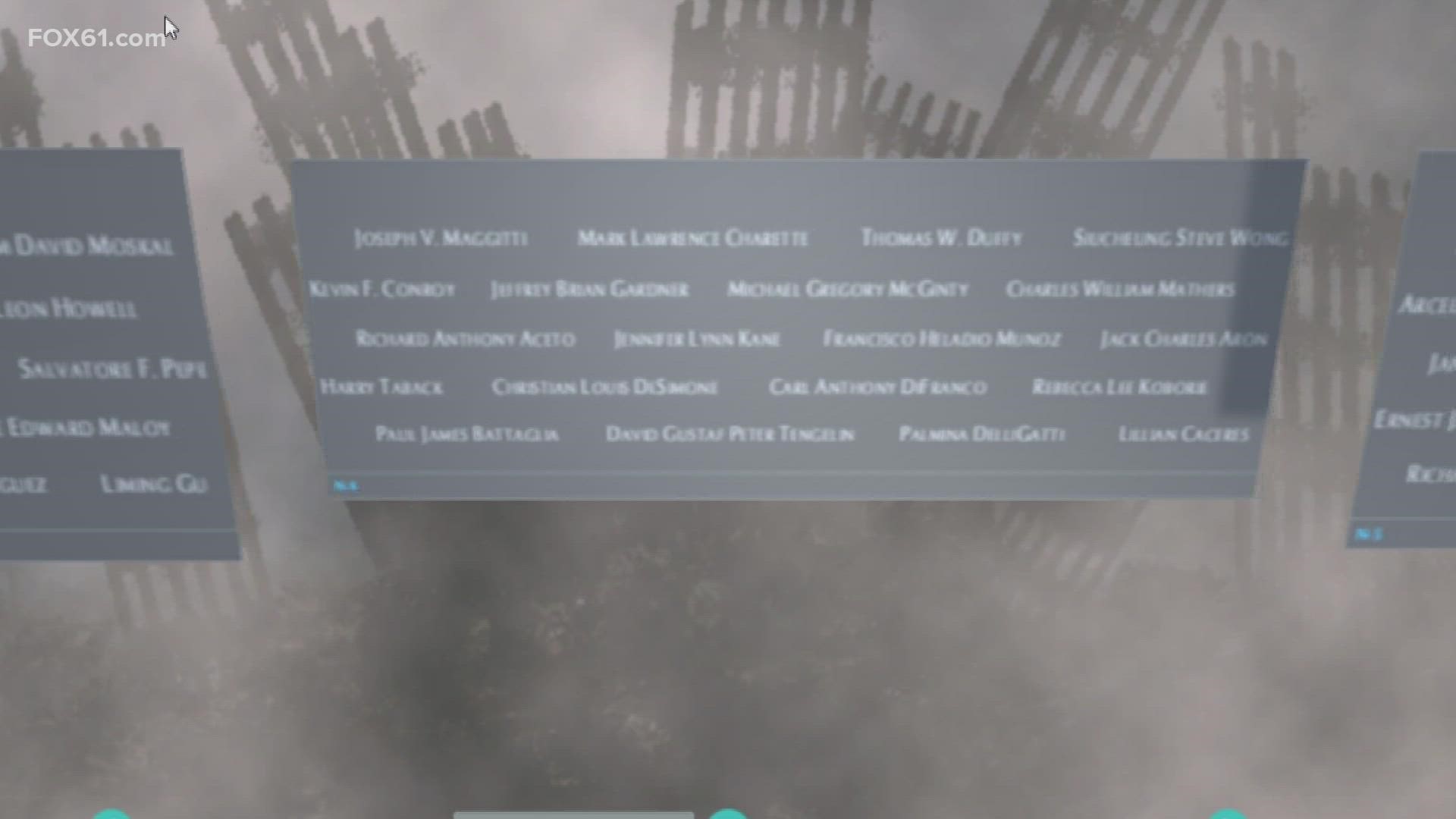 HAMDEN, Conn. — After the attacks of September 11, 2001, Quinnipiac University game design professor Gregory Garvey wanted to use his talents to help honor the victims lost at the World Trade Center.

Garvey first composed a score on his piano, which he played at his church the weekend after the attacks. As time went on, he began to work on an interactive digital media project on his computer.

RELATED: 'I had to share it with everybody' | Two families build a legacy from the pain of losing a loved one on 9/11

The finished project is called "Remembrance 9/11," and combines Garvey's piano music with interactive panels of the victims' names from the 9/11 Memorial at Ground Zero.

"I put together using my skills as a composer, a programmer, a performer, and an artist," Garvey told FOX61 News.

As the 20th anniversary of September 11 nears, Garvey's work has become even more topical and has been added to the 9/11 Museum and Memorial's online artist registry.

"I was also motivated to do this [project] when I visited [the 9/11 Museum] and, I thought, how can I put together the music with some kind of visual representation," he said.

Much like creating a video game, Garvey said the 9/11 Remembrance Project was built in the "Unity Game Engine" -- oddly enough, like "Super Mario Brothers", with 2D side-scrolling platforms.

"The kind Mario jumps around on," he added.

Anyone can log on and see the interactive project which allows web visitors to click on victims' names. In the background, Garvey's composed music plays and visitors can see thousands of pictures of the victims, whose images have been loaded to the program.

Our #9/11 coverage has begun this week with @Keith_McGilvery and @BrentHardinTV … Sean and I will bring you the story of CT’s #TSA director who was among the first on scene at #GroundZero in 2001 @FOX61News @RyanBernat #September11 #windsorlocks @Bradley_Airport #911Memorial 🇺🇸 pic.twitter.com/Txau07uDni

Garvey said the Remembrance 9/11 Project comes down to one word, "remember" and then he added, "honor those who passed."

To see more of the project, visit here.