Three years before George Floyd, records show Derek Chauvin hit a 14-year-old boy with a flashlight and pinned him down – with his knee on his back – for 17 minutes. 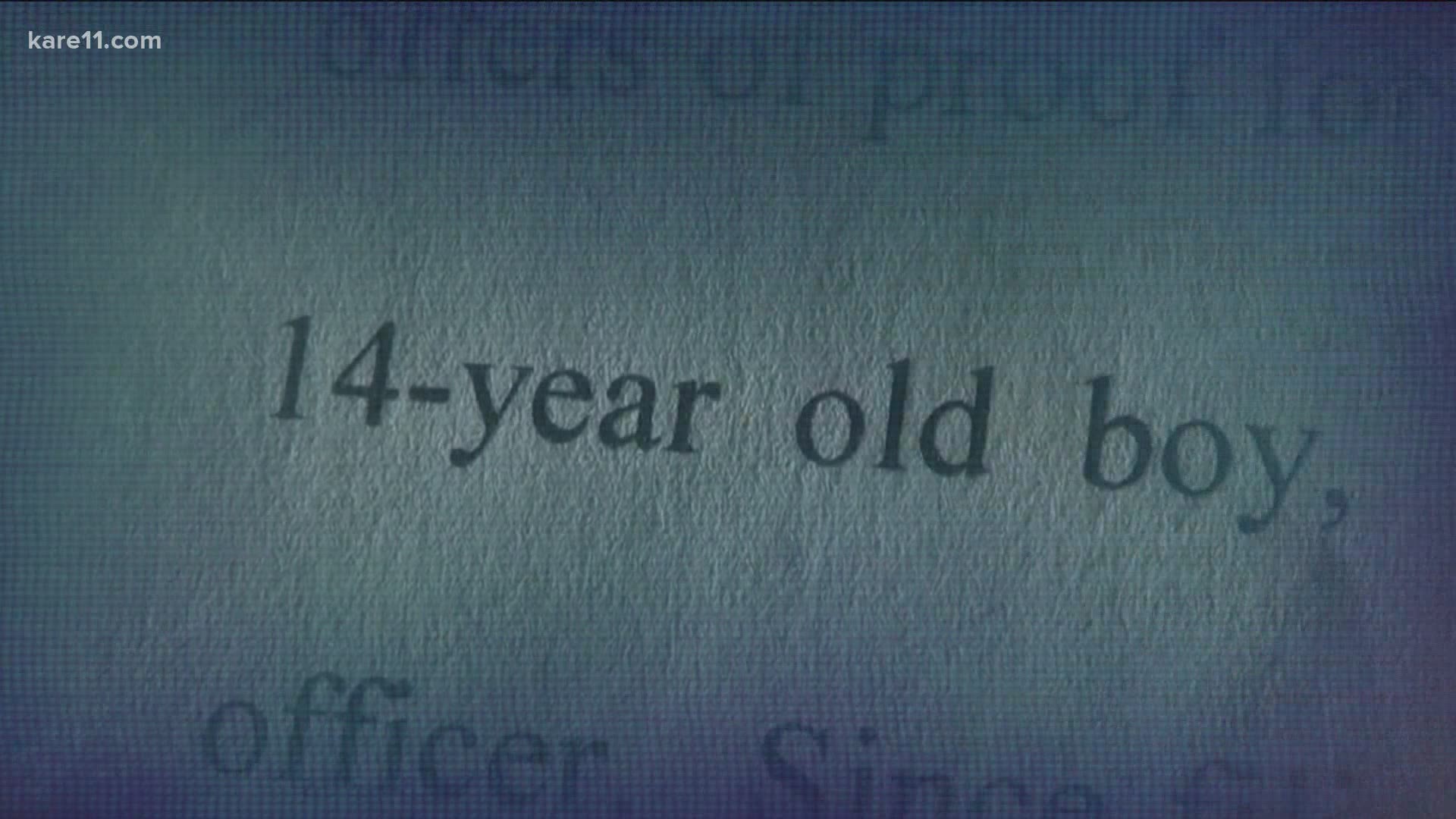 Even though there has already been a verdict in the state’s murder case against him, the investigation into Derek Chauvin’s past conduct isn’t over.

Now, the federal government is reviewing a case the jury never heard about.

Long before Chauvin held George Floyd down for more than nine minutes, police bodycam video shows he held someone else down for nearly twice that long.

The person being held face-down – with Chauvin’s knee on his back – was a 14-year-old boy.

State prosecutors wanted permission to use the 2017 incident as evidence in Chauvin’s murder trial, but the judge ruled against that. Courts often limit how much can be said about prior cases.

So, the jury never heard about it – and the bodycam video has not been released.

However, details about what happened were spelled out in a memorandum Assistant Attorney General Matthew Frank filed with the court last November.

KARE 11 has reviewed that court filing – as well as the original Minneapolis police report Derek Chauvin filed in 2017.

The police report says Chauvin and another officer were responding to a domestic assault report. A mother claimed she had been assaulted by her two teenage children.

Because the case involved children, the names – and even the address – have been blacked out in the police report.

In his report, Chauvin wrote that the 14-year-old boy – said to be “6-foot-2 and at least 240 pounds” – was “not complying with directions” and “displayed active resistance” when officers tried to place him under arrest.

So, Chauvin reported that he “applied a neck restraint” and then “used body weight to pin (him) to the floor.”

Chauvin’s report says an ambulance was called because of blood coming from the boy’s left ear.

What the bodycam shows

After George Floyd was killed, prosecutors obtained police bodycam videos of the 2017 incident.

They told the court the videos “show a far more violent and forceful treatment of the child” than Chauvin had described.

In an official filing, prosecutors detailed what happened – often second by second.

They wrote that “33 seconds after telling him to come out of the room” officers “grabbed” the boy.

Credit: KARE 11
Prosecutors say Chauvin hit the teenage in the head with his flashlight then pinned him to the ground

“Just eight seconds” after first grabbing the child, they say Chauvin hit the teenager with “his flashlight.”

“Two seconds later,” they say Chauvin “grabbed the child’s throat” and “hit him again in the head with his flashlight.”

And that’s not all.

Prosecutors wrote that Chauvin then “applied a neck restraint, causing the child to lose consciousness and go to the ground.”

That’s when officers handcuffed him in “the prone position” and Chauvin placed his knee on the boy’s back.

Before long, the boy regained consciousness, complaining “he could not breathe” while his mother pleaded with Chauvin to get off him.

He didn’t – even though prosecutors say the boy was already handcuffed and was “actively bleeding” on the floor.

Prosecutors told the court the bodycam videos show Chauvin kept the boy pinned down – with his knee still on his back - for almost 17 minutes.

Credit: KARE 11
Prosecutors say Chauvin held the boy face down with a knee on his back for nearly 17 minutes.

Just like he did with George Floyd, prosecutors say Chauvin did not remove his knee until after paramedics arrived.

Fortunately, in the 2017 case, the boy survived. Records show he was taken to Hennepin County Medical Center where he had stitches to close the wound to his ear.

Last week, the Department of Justice announced it would launch a federal investigation to determine “whether the Minneapolis Police Department engages in a pattern or practice of unconstitutional or unlawful policing.”

The Justice Department also has an active investigation, considering whether to bring additional civil rights violation charges against Chauvin. A federal grand jury reportedly has been meeting in Minneapolis to hear evidence.