'The actions were not only inappropriate but were dangerous': Ga. watchdog group calls for federal investigation into alleged cover up

An 11Alive investigation revealed Rep. Trey Kelley called the police chief at home on behalf of the person involved in the crash instead of calling 911. 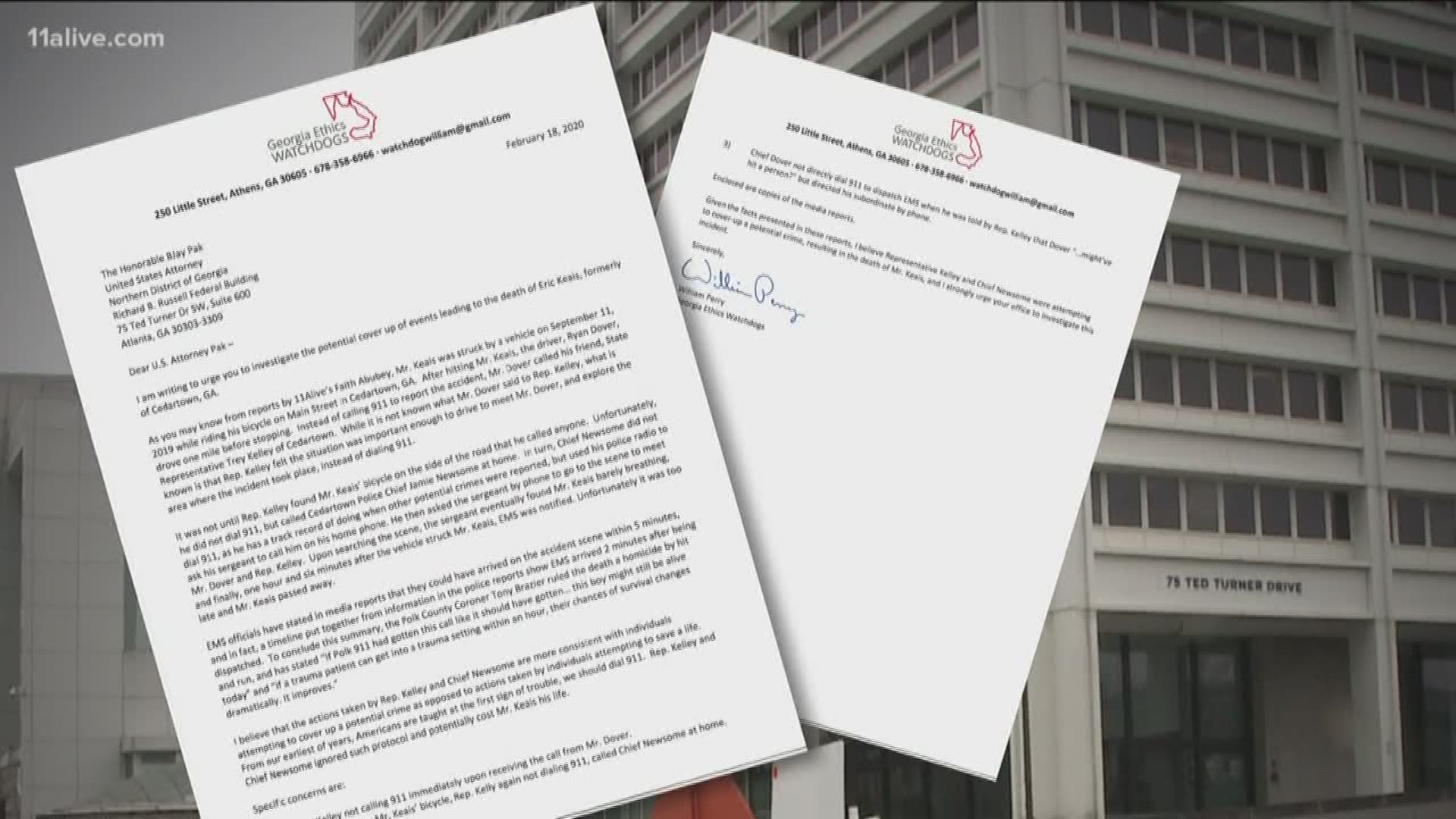 The fallout continues after a shocking 11Alive investigation last week.

An account called "Georgians for Accountable Government" has started a Change.org petition demanding that Georgia House Majority Whip Trey Kelley resign and be censured in the Georgia General Assembly.

The petition comes after 11Alive's investigative team, The Reveal, broke a story last week about a Polk County man who laid dying in a ditch following a "hit and run crash" that no one called 911 to report - including State Representative Trey Kelley.

The man later died. Five months since the incident, there have been no arrests or charges in the case.

ORIGINAL INVESTIGATION: Driver with powerful ties calls state rep instead of 911 after 'hit and run' crash

Social media reacted with anger when the investigation revealed Rep. Kelley called the police chief at home on behalf of the driver involved in the crash instead of calling 911.

Rep. Kelley told police the night of the incident that he saw a bicycle near the crash site, but did not know there was a human being involved. The driver said he initially thought he hit an animal. The police report notes there was a extensive damage to the vehicle, including a shattered and caved-in windshield, a caved-in hood, damaged fender and red paint on the car. The bicycle the man was riding was red.

Hundreds of people have signed the Change.org petition, so far. The creators say their goal is to raise more awareness about the incident and call for accountability.

CALLS FOR FEDERAL PROSECUTOR TO INVESTIGATE

Tuesday, the Georgia Ethics Watchdogs delivered a two-page letter to the U.S. attorney's office in downtown Atlanta requesting a federal investigation into what happened.

The letter asks that U.S. Attorney Byung J. Pak appoint a federal prosecutor to investigate "the potential cover up" of a crime.

The group refers to itself as a nonpartisan ethics watchdog group that fights for transparency, accountability and ethics in government. They are specifically requesting a federal investigation into the aftermath of the hit and run crash, not the crash itself.

"I don't think it's their role to investigate the crime itself... but I think there's potential for a cover up and so an investigation by the U.S. attorney would basically exonerate those who are innocent in this situation and hopefully hold accountable, those who are guilty," said William Perry, Georgia Ethics Watchdog Founder.

That wasn't Perry's only stop Tuesday. He also delivered a letter to State Representative Kelley's office requesting that he resign.

Perry tells The Reveal he also plans to send a letter to Chief Newsome demanding his resignation as well. 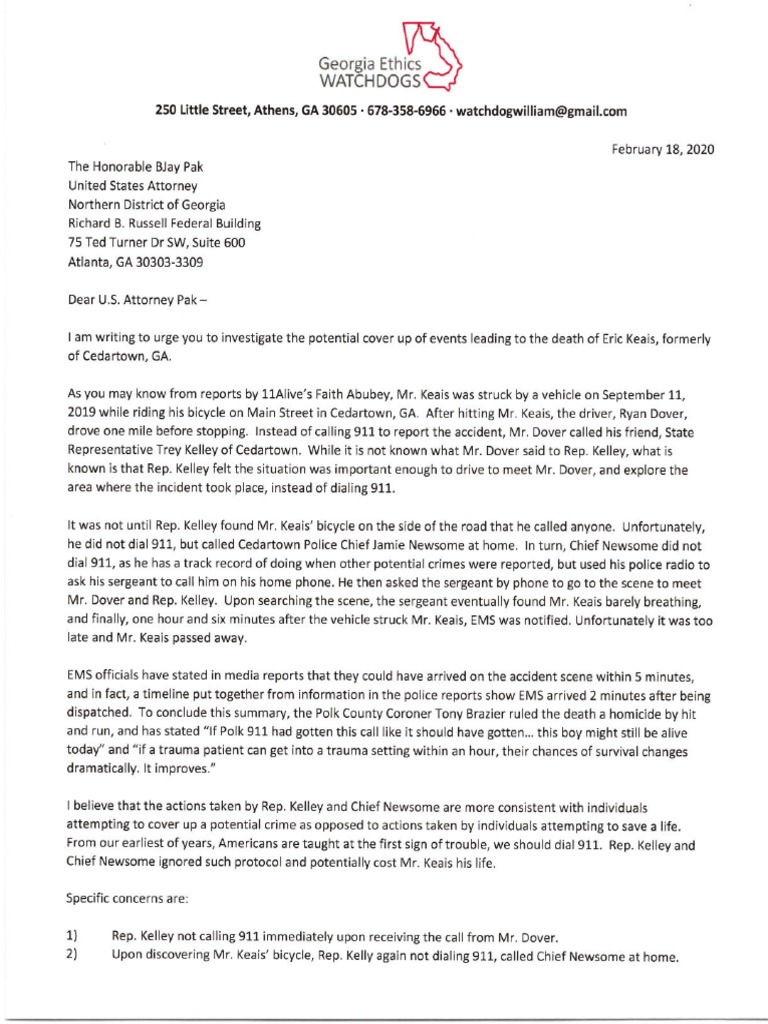 "Kelley's continued presence in the Georgia State House is a disgrace to the institution. While both sides of the aisle have condemned Kelley, there has been deafening silence from the House Leadership. Speaker Ralston has made no meaningful effort to condemn or punish Kelley for his corrupt actions.

Rep. Trey Kelley has undermined his office, the public's trust, and the entirety of the Georgia House of Representatives. The General Assembly cannot be taken seriously when it allows someone like Kelley to continue to be a member. If Speaker Ralston respects Georgia and the dignity of the General Assembly, he will immediately censure Kelley and Kelley will resign."

Last week, The Reveal reported that in addition to the public outrage, several Democrats and at least one Republican activist have come out to condemn Kelley. Within hours of publishing our investigation, the Polk County District Attorney's office sent a statement that it is reviewing the case file and could present it to a Grand Jury as early as this week or next month.

This has been a rapidly developing story. You can read all the updates and Representative Kelley's response to the investigation and the reaction its received in the story links below:

No charges filed against driver who hit a man and left him dying in a ditch, DA responds