NEW HAVEN — Justin Elicker ran for mayor against Toni Harp In 2013 and lost a close election. And Tuesday night was emotional for him because he felt like... 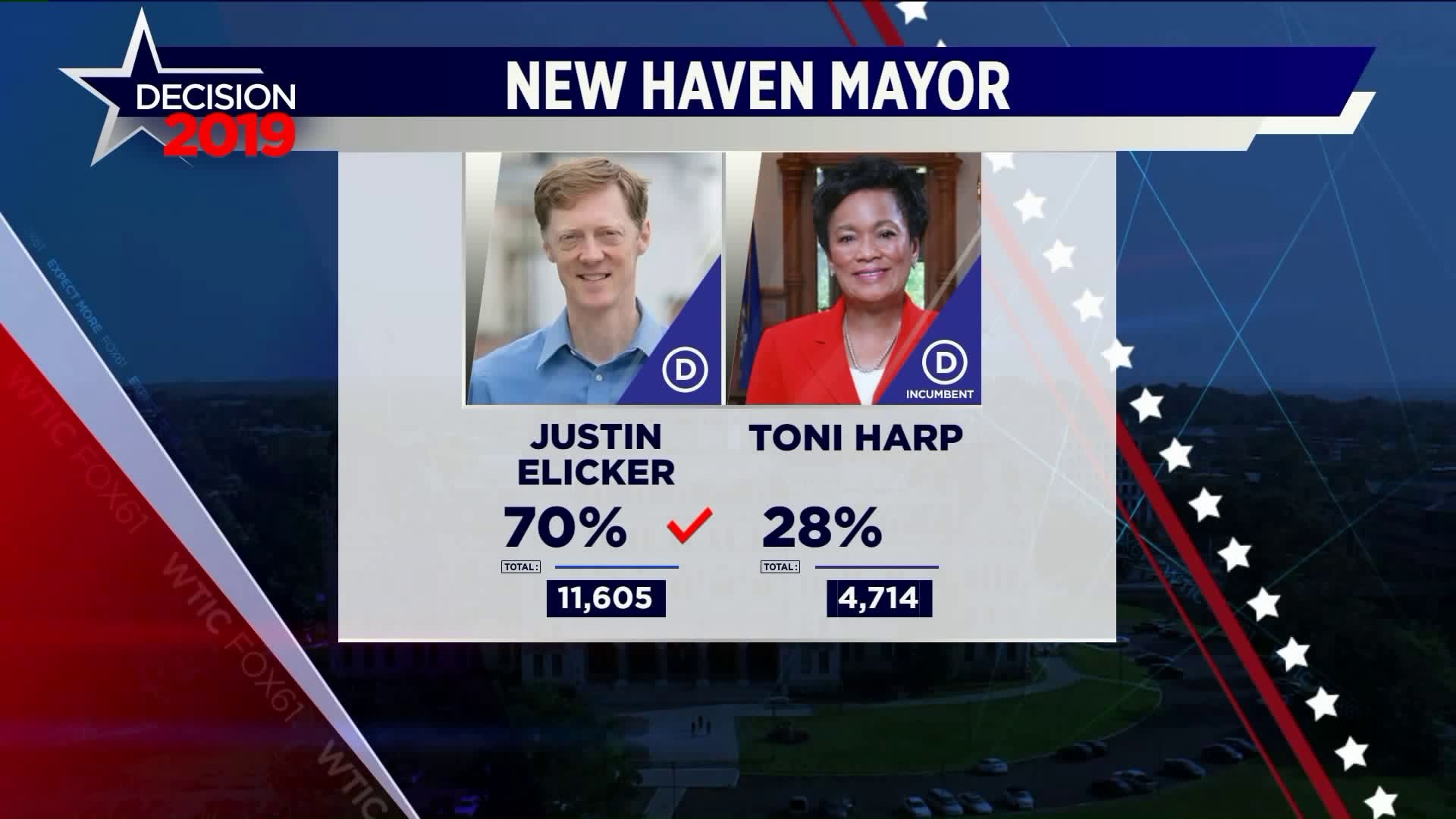 NEW HAVEN -- Justin Elicker ran for mayor against Toni Harp In 2013 and lost a close election. And Tuesday night was emotional for him because he felt like he’s been working for this day for six years.

“We did it,” Elicker exclaimed before a Roccus crowd that it packed in to the Next Door Restaurant, on Humphrey St.

And boy did he do it. Earning roughly 70% of the vote in the New Haven Mayoral election

“This victory is resounding,” said Elicker. “It’s resounding across the city and it sends a message and it’s a message for change.”

Mayor Elect Elicker says it’s voters saying they want a government that listens and that is more accessible to everyone in the city. But, he tipped his to his opponent Mayor Toni Harp.

“Mayor Harp is going to be remembered for finally taking down that fence that divided two communities and was on ethical,” Elicker said.

“Mayor Harp will be remembered because she created youth stat and made sure that New Haven children that were at the most risk were protected by the city.”

“I became an early supporter of Justin last year and the reason being is because millennials we didn’t really have much of a say with this administration,” said Jayuan Carter, an Elicker supporter.

His number one priority now, he says, is making certain he has an excellent transition team in place.

“That has expertise and knowledge on many different issue areas and that I plan on reaching across to Mayor Harp supporters to include them in that process,” Elicker said.

Elicker says the work starts Wednesday with meetings already scheduled. He noted that Harp told him she will do all that she can to help make the transition smooth.

Elicker will be inaugurated January 1.