NEW HAVEN – A new year meant a new mayor in New Haven as Justin Elicker was sworn into office Wednesday afternoon in a ceremony at Hillhouse High School. ... 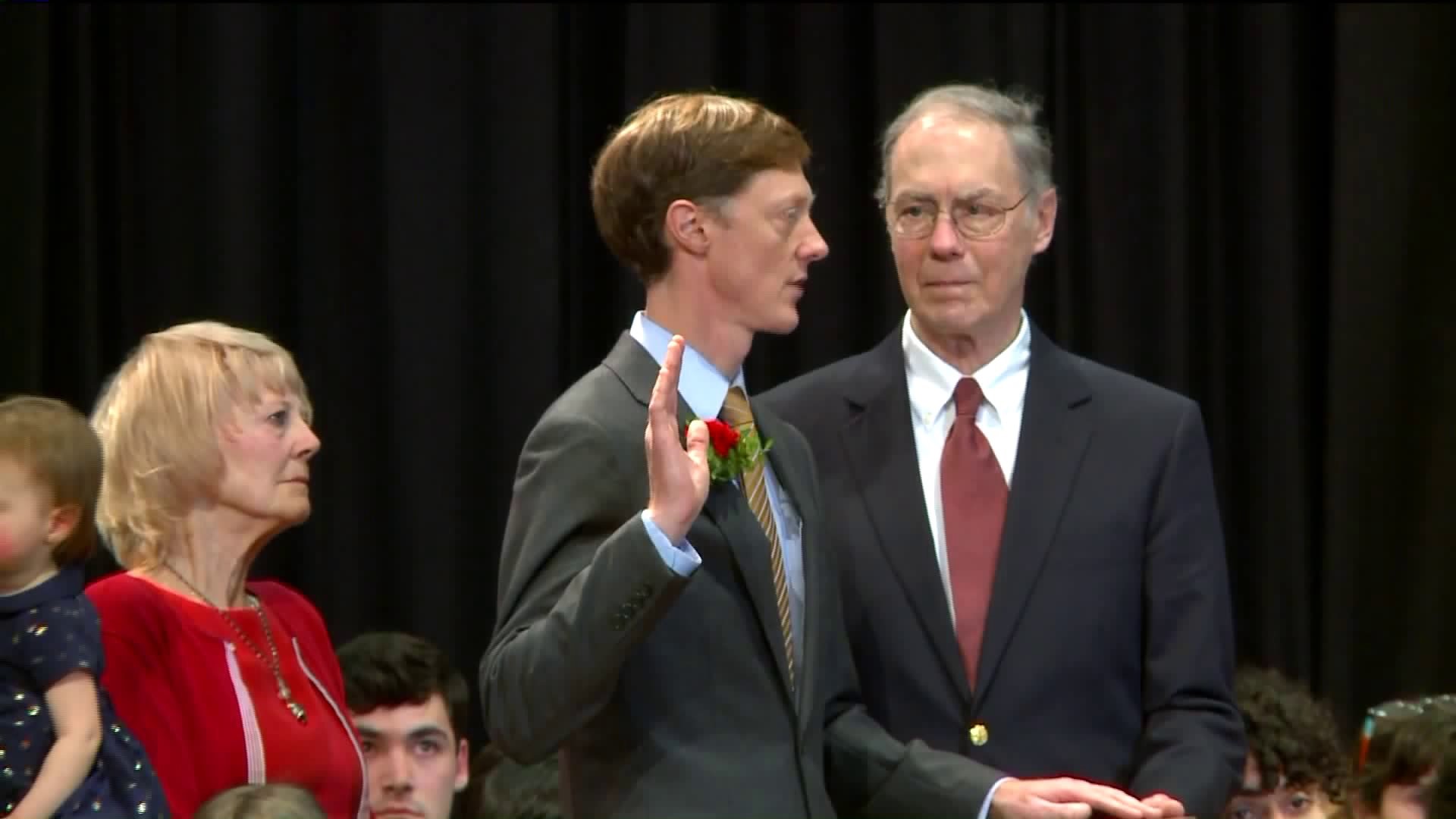 NEW HAVEN - A new year meant a new mayor in New Haven as Justin Elicker was sworn into office Wednesday afternoon in a ceremony at Hillhouse High School.

As with the new occupant of the mayors office, the city itself is experiencing great change, according to its 51st Mayor.

“We are growing rapidly at a pace not seen since the 1920’s,” said Elicker, who noted during his inaugural address that 84% of the US population lives in urban areas and within the next 30 years it’ll be nearly 90%.

“Since 2014, the city has added more than 1,000 new rental units with more than 4,000 more under construction or in planning stages,” Elicker said.

One of his administration’s prime objectives is developing affordable, clean housing for all city residents.

“Our economic development department is already working on a proposal in inclusionary zoning,” he said. “I want to work more to ensure that our housing and our bad landlords are held more accountable.”

He says 30% of all New Haven residents are underemployed. So, matching residents with training and the many cutting edge jobs that are blossoming in the city is a priority, as is stabilizing the school system.

He admitted it will take years to achieve his goals, in part due to a budget crisis in the city.  He said really the only way to gain residents trust is through transparency.

“So, one of the things I want to do early on is share an open checkbook to show how the city is spending its money,” said Elicker.

He said the entire city needs to feel like they are included in improving things moving forward. And, he added, that starts with him. To that end, he will regularly take phone calls from and speak face to face to the public.