Kentucky grandpa sees monkey on back porch, family doesn't believe him until they see it too

Audrey Lewis thought her grandfather was 'monkeying' around when he told them he saw a monkey on his Owen County back porch. 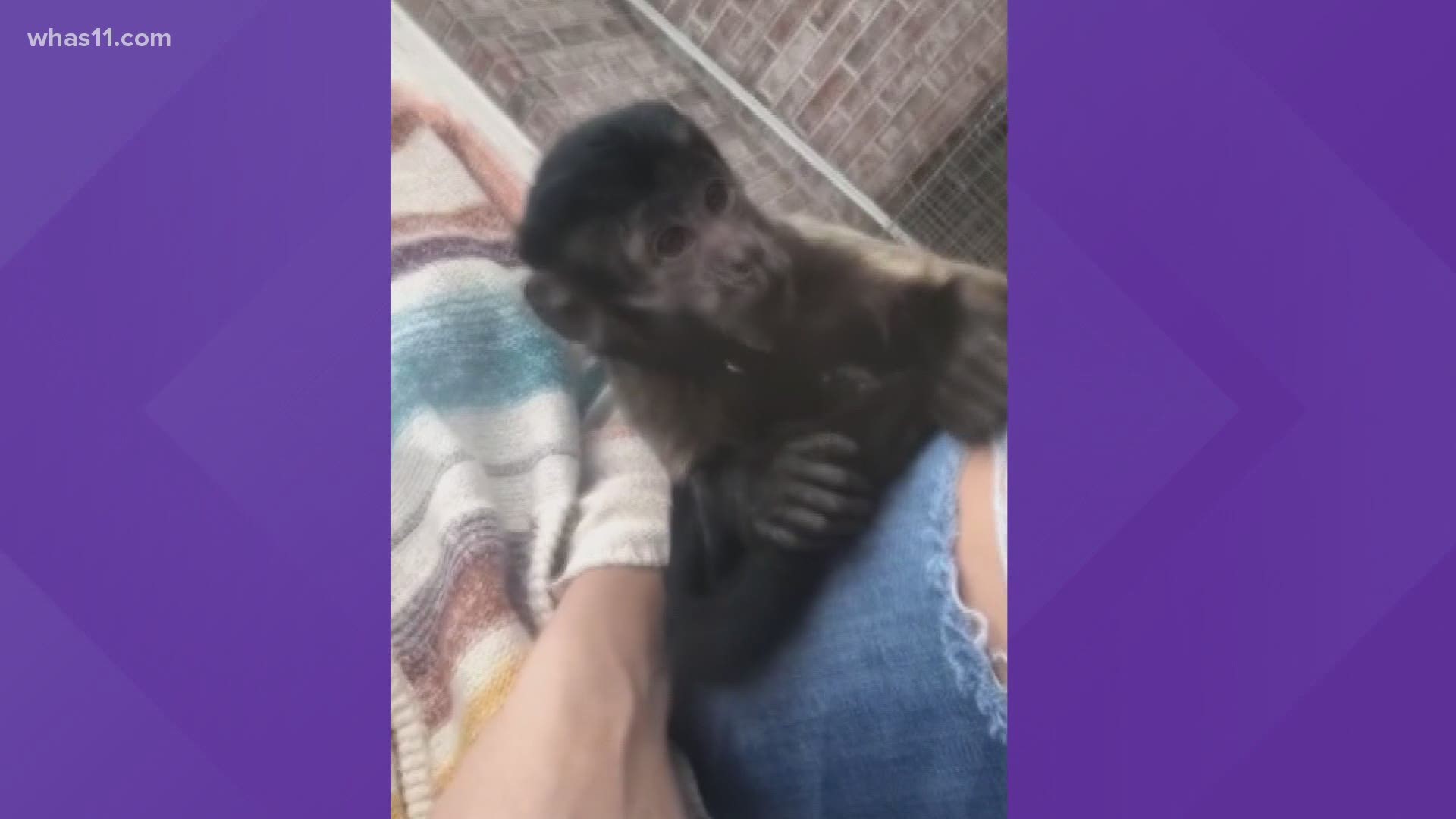 OWEN COUNTY, Ky. — In Owen County, a family thought grandpa could just be playing a prank on them. They were shocked to see the monkey business was real.

Audrey Lewis told us her grandfather told them he saw a monkey out on his porch.

They were so sure he was kidding, they didn't even go to look for themselves until the next day.

When they got there, sure enough a little monkey made an appearance.

"I turned around and sure enough the monkey was looking in the window at us, as calm as can be," Lewis said of the first time she saw the monkey.  "My grandpa was actually calm as can be too.  He just kinda looked at us and was like, 'Well, I'm glad somebody else was finally here to see it.'"

Kentucky's Fish and Wildlife department came and took the monkey after the family was able to catch it and put it in a kennel.

It's been relocated to a facility in Nicholasville that rehabilitates primates.

Lewis told us the monkey was determined to be a young female when it arrived at the facility, and no one knows where it came from.

Lewis also said the monkey does not have a name, but many have suggested she's named 'Audrey'.