Lamont meets with National Guard responders to B-17 crash

EAST GRANBY — Governor Ned Lamont visited the firehouse at the Bradley Air National Guard Base in East Granby for a meet-and-greet with the Connecticut Na... 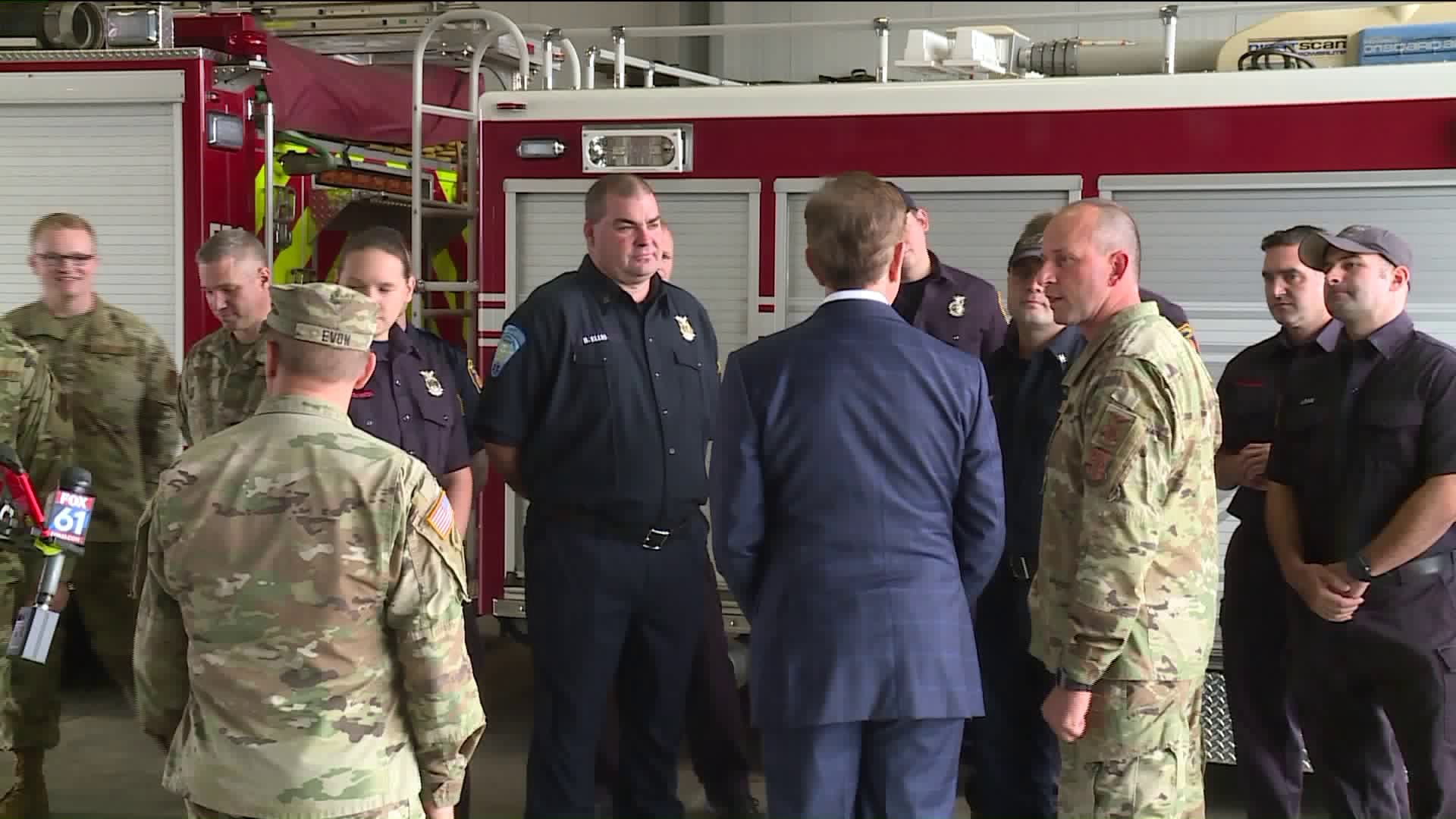 EAST GRANBY -- Governor Ned Lamont visited the firehouse at the Bradley Air National Guard Base in East Granby for a meet-and-greet with the Connecticut National Guardsmen and firefighters who responded to the B-17 plane crash at Bradley International Airport earlier this month.

The governor wanted to thank the first responders for their actions in responding to the crash of the vintage plane.

The retired, civilian-registered plane was associated with the Collings Foundation, an educational group that brought its Wings of Freedom vintage aircraft display to the airport.

The vintage bomber, also known as a Flying Fortress, one of the most celebrated Allied planes of World War II,  was used to take history buffs and aircraft enthusiasts on short flights, during which they could get up and walk around the loud and windy interior.