MILFORD — For the third year in a row, fights broke out in several malls across the state Thursday night. In Milford, police said a fight broke out around... 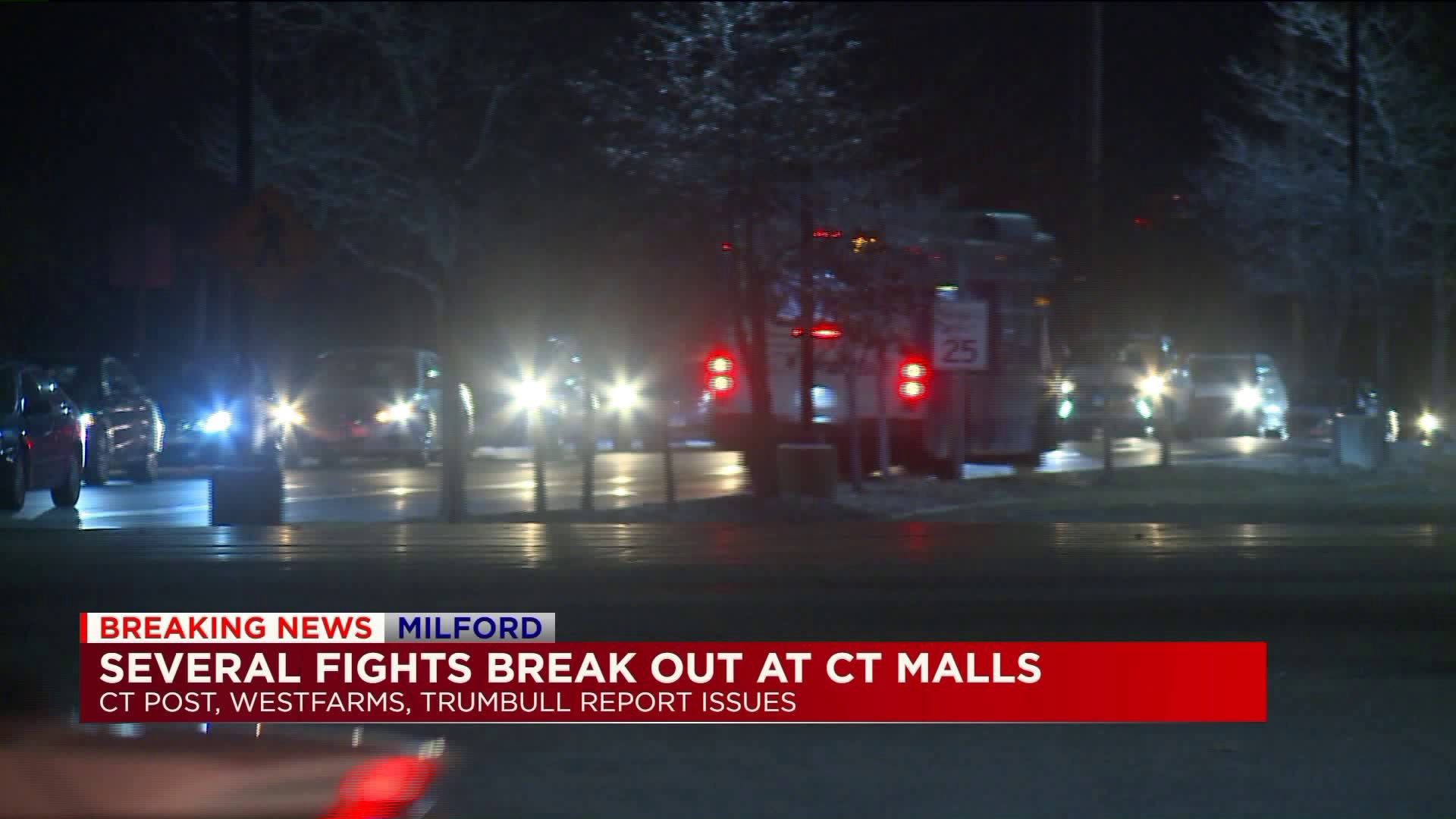 MILFORD -- For the third year in a row, fights broke out in several malls across the state Thursday night.

In Milford, police said a fight broke out around 6 p.m. that evening. Stratford and West Haven police were called to assist Milford in this incident.

Eight undercover officers were assigned to the mall at Milford but were quickly overwhelmed.

No arrests were made. Police said  their main concern was evacuating mall patrons and getting people out safely.

Police said that it looks like about 100 teenagers or so involved.

Connecticut Post Mall released a statement saying, " Connecticut Post Mall is committed to providing a safe and comfortable environment for all our guests. We will continue wo work diligently with local law enforcement to prevent future incidents. We are reviewing our policy regarding juvenile patrons and will make any necessary modifications needed to provide a safe and comfortable shopping environment."

Update on the activity at the Milford Mall. The Mall is closed for the evening Due to several fights in the mall. Milford Police requested mutual aid from CSP, Stratford PD & W Haven PD. Additional buses were summoned to assist with clearing out the mall grounds.

Around the same time as this incident, police in West Hartford responded to Westfarms due to another fight.

Police were informed that a large group of kids were at the mall. A large fight broke out and resulted in one juvenile was arrested.

One juvenile was arrested and police were able to stop the fight.  The mall was not shut down.

Police also responded to the Westfield in Trumbull due to yet another fight. The fight happened around 7 p.m. Officers saw a fight happened on the upper level of the mall near the Target.

Six juveniles in the fight tried to run but were caught by police. As the crowd disappeared through the mall, more fights broke out.  Mutual aid was requested from Bridgeport, Fairfield, and Monroe police.  K-9s were also used to break up the crowd. Three people were treated for injuries.

Daniel Vasquez, 19, of Bridgeport was arrested in connection to the fights. He was charged with breach of peace and is scheduled to be in court January 2. Six juveniles were also arrested and are facing charges.

It has been exactly one year since fights across several state malls broke out.   At the Buckland Hills Mall  three people and one juvenile was arrested.

Since that incident the Manchester Mall and the Brass Mills Center implemented a mandatory curfew program for the holidays to prevent fights from happening.