The Cessna business jet crashed into the building of manufacturer Trumpf Inc. around 10 a.m. Thursday. 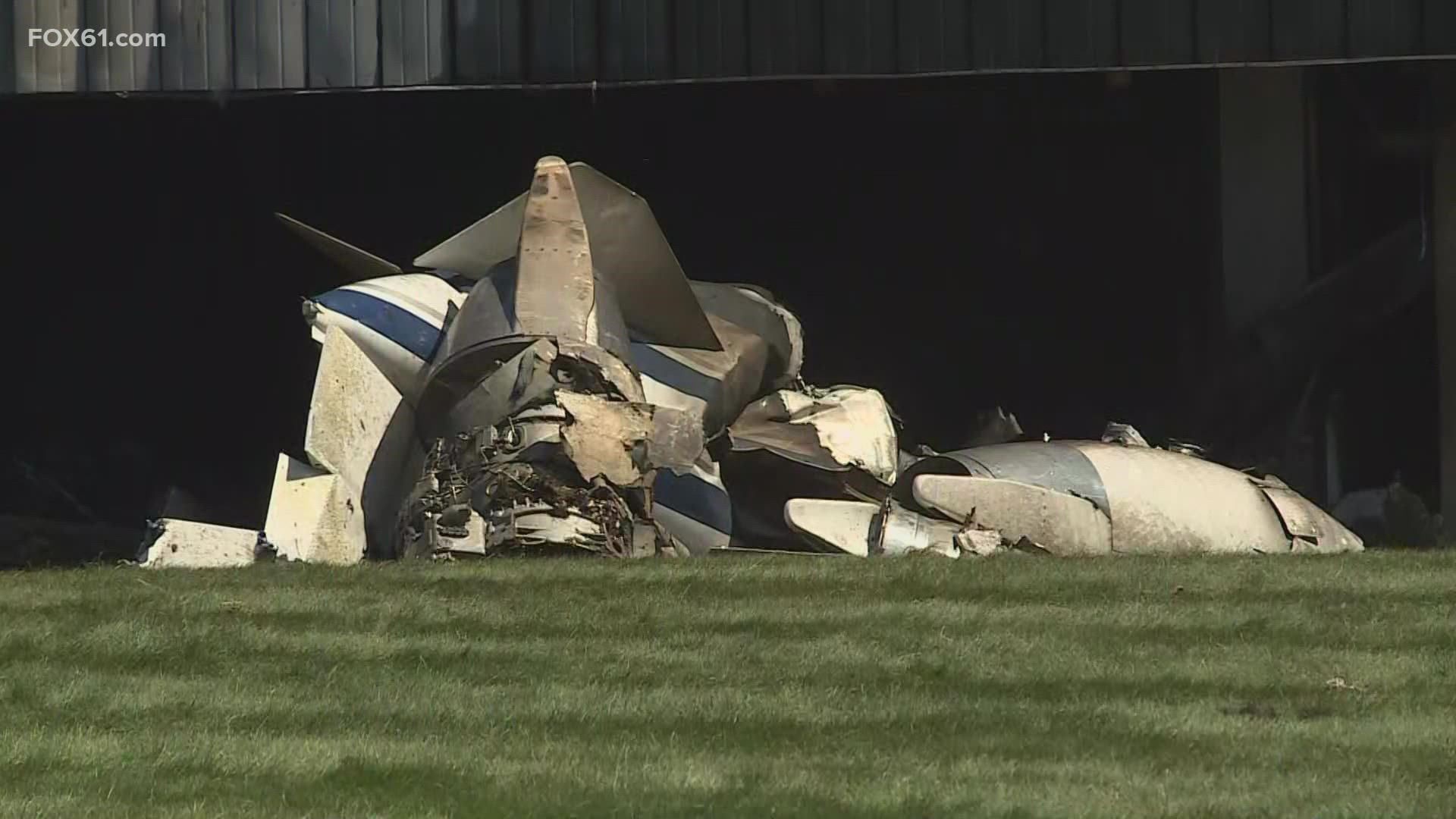 FARMINGTON, Conn. — The four people who were aboard the plane that crashed into a Farmington building Thursday morning soon after taking off from a nearby airport have died, police confirmed.

Farmington police Lieutenant Tim McKenzie said some type of mechanical failure caused the plane to go down. He said the plane was carrying two pilots and two passengers. Their identities were not immediately released.

"We dodged a big tragedy," he said, adding that the plane missed a natural gas line near the building.

The Federal Aviation Administration said in a statement that a Cessna Citation 560X business jet crashed into the Trumpf Inc. building located at 11 Hyde Road in Farmington around 10 a.m. Thursday morning.

The plane had departed from Roberston Field Airport in Plainville and was headed to Dare County Regional Airport in Manteo, N.C.

Earlier Thursday, McKenzie told reporters at the scene that officers received the call just before 10 a.m.

He said the first officer to arrive saw the small jet and the building engulfed in flames.

"It is miraculous," McKenzie said when asked about employees escaping.  "You've seen the pictures so far, and from the witnesses, said it was pretty intense."

Another angle of the plane crash - fire is well put out. All that’s left are debris. Firefighters are still spraying hot spots. I’m told there’s about 300 employees inside TRUMPF. pic.twitter.com/ilIBvDR6D6

Witnesses reported that the plane had just taken off from the airport when it looked to have trouble.

"We heard a boom and the power went out and I just assumed it was the transformer but then we saw a lot of smoke billowing out over there and I said 'OK that can’t be a transformer,'" said Sal DiMauro, of Par Manufacturing nearby.

McKenzie said the plane struck the ground before hitting the building.

Caleb Vaichaus, an employee at Image First, a nearby business heard a loud explosion and ran outside.

"I saw black billows of smoke," he told FOX61 News. "I could see flames coming up from Trumpf Manufacturing and as I got closer, I got pieces of fuselage, metal strewn throughout Farmington Avenue. The flames were extremely hot and got bigger. I couldn’t see any movement inside."

Farmington and Plainville first responders are on the scene.

The FAA and NTSB will continue to investigate the crash.

BREAKING: plane into a building in Farmington @FOX61News pic.twitter.com/ooBfCXyWHT

There have been other plane crashes in the area in the past.

In 2018, 67-year-old Donald Eckberg of Burlington died after the plane he was piloting crashed in Plainville. Eckberg was flying his experimental Rutan Defiant model kit airplane.

A small plane crashed in the same area in 2017, one person had minor injuries. The plane was a 1981 single-engine Cessna 172 model owned by Interstate Aviation Inc., which is run out of Robertson Airport. The pilot, Manfred Forst, was transported to The Hospital of Central CT with what appeared to be minor injuries. 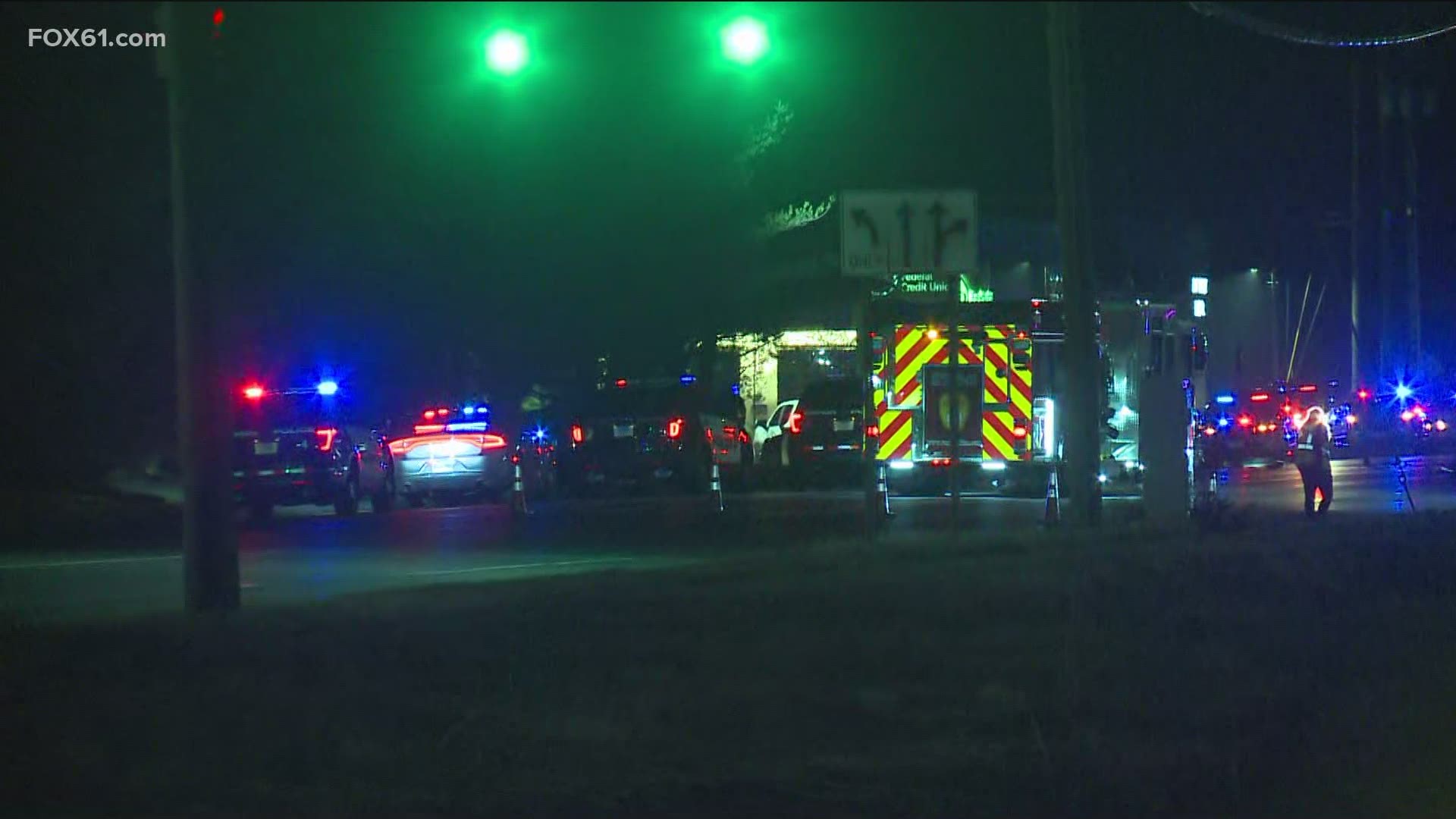 Portion of Route 83 in Vernon closed after fatal motorcycle crash