HARTFORD –Another class of Hartford public high school graduates are heading off to college thanks in part to Hartford Promise. It’s a college scholarship and c... 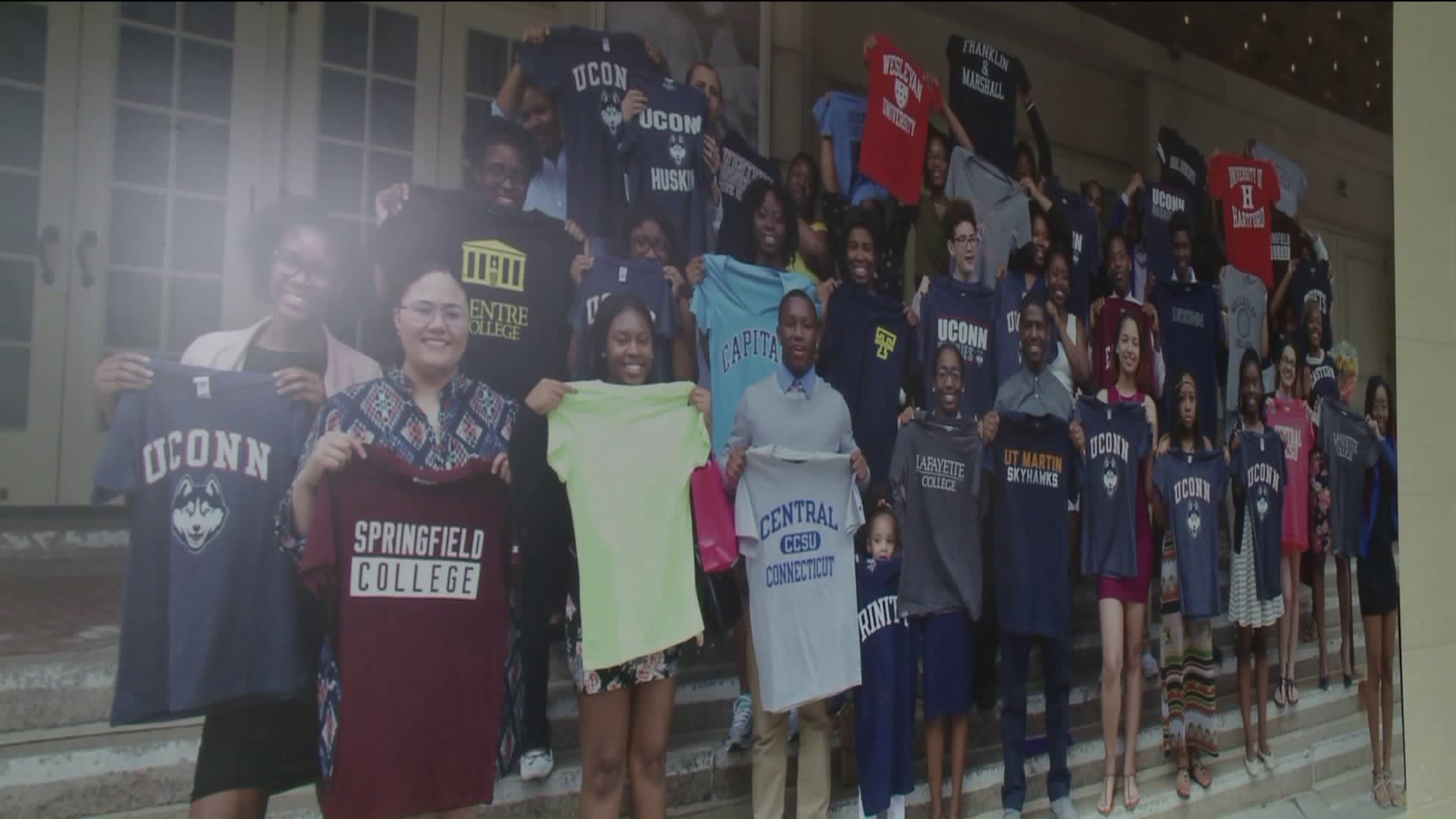 HARTFORD –Another class of Hartford public high school graduates are heading off to college thanks in part to Hartford Promise. It’s a college scholarship and college success program now in its second year.

Tiphani Swaby, a 2017 graduate of Achievement First Hartford High School, is one of 113 students from 18 Hartford Public High Schools receiving the scholarship this year. She’s heading to the University of Pennsylvania to study biology.

“College is seen as a necessity, but it's priced as luxury. I felt like I needed a lot of scholarships to basically help me because my parents were stressing about money and how to pay for it, but they still wanted me to get a quality education wherever I wanted to go,” said Swaby.

“So when I found Hartford Promise and I got into it and I got accepted, I was really excited because it's something that is helping me go to Penn.”

Harford Promise President Richard Sugarman said the program can be life changing for these students.

“This is a way to really change the trajectory not only for the kids and families, but for the city of Hartford,” said Sugarman.

It provides up to $20,000 in college scholarships to any Hartford resident who attends a Hartford Public High School continuously, has a 93% or better attendance record, and a 3.0 or higher GPA.

The program is designed to help them not only afford college, but also succeed once they’re there through building relationships and providing key support services.
Sebastien Kerr, a 2016 Promise Scholar and rising sophomore at UConn, said he has definitely felt that support over the past year.

“I can call them at any time,” said Kerr. “They do so much more for me than just give me a check for school. They really want me to feel like they’re behind me 100%.”

Between the class of 2016 and class of 2017, Hartford Promise has helped 257 scholars attend more than 40 colleges around the country totaling approximately $3.2 million in scholarship funds.

She said, “the thing that’s going to say ‘Yes’ or ‘No’ to college, the first and foremost thing, is can my family afford it. And so programs like Hartford Promise in particular allows that answer to potentially be ‘Yes’ more often than ‘No’.”