One dead in 2-alarm fire at West Haven apartment building

Two others were taken to the hospital. 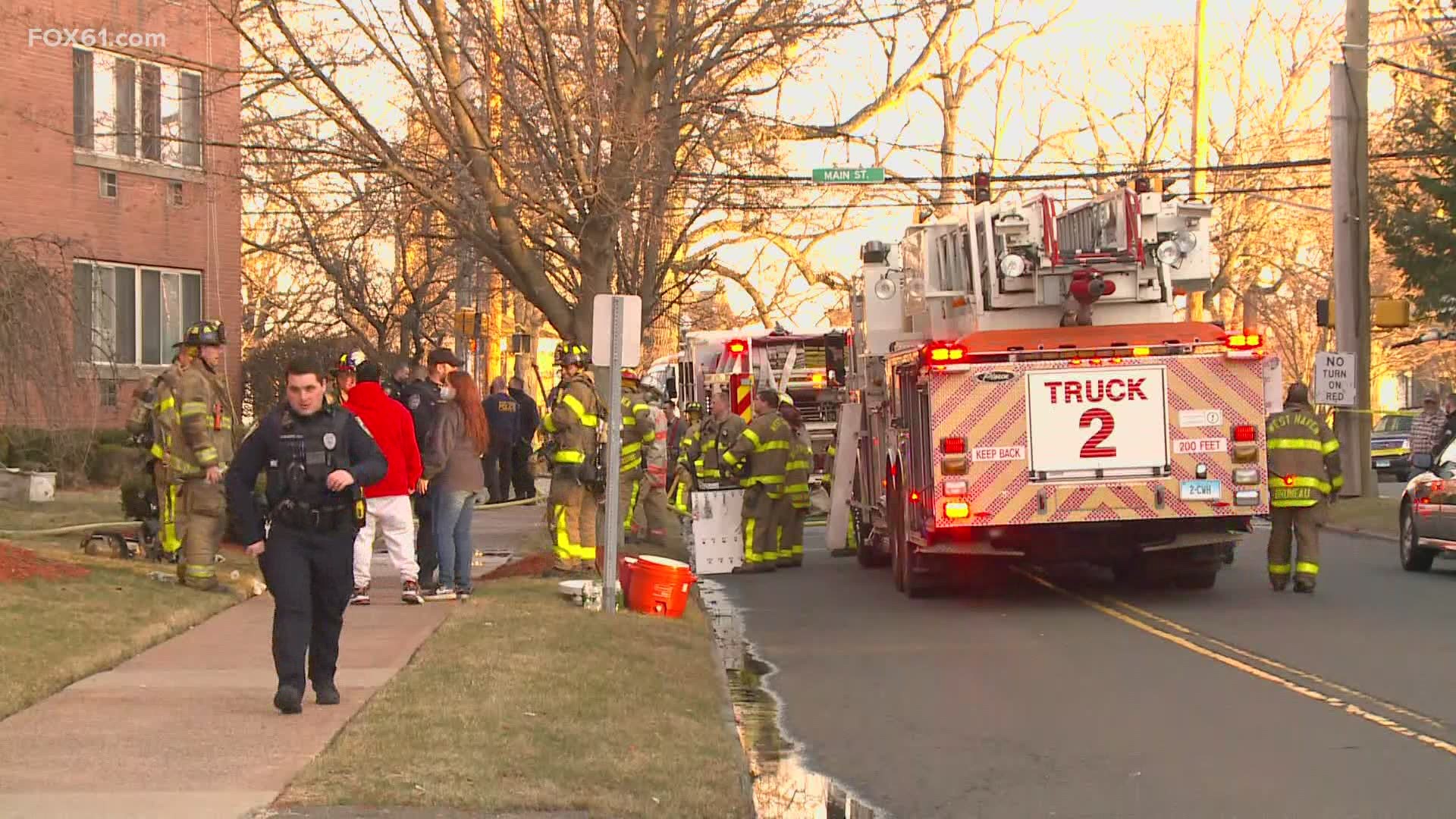 WEST HAVEN, Conn. — One person died, and two others were injured in a fire at an apartment building on Savin Avenue in West Haven. Fire officials say the call came in just before 5 o'clock Saturday night.

"I just happened to be coming back from taking my grandkids bowling came pulled up to the front of the building and I saw flames shooting out," said Dorie Ferguson, a resident of the building.

According to the fire chief, the building has mainly elderly residents who had trouble getting out.

"It's hard for them to get around. Many were calling our dispatch saying they were trapped in the building. Several were trying to make it down the hallways, the stairways, so when we arrived it was a pretty chaotic scene," said Fire Chief James O'Brien.

People inside the building at the time of the fire said thick smoke filled the hallways.

"I had to bring my girlfriend down via the stairway and the smoke was really getting like really black," said Richard Allen.

West Haven fire crews are on the scene of an apartment fire on Savin Ave. road is closed at this time pic.twitter.com/TPJ3xlLQqe

The fire chief says he is grateful more people were not injured, but it is a difficult day for the department.

"I think our guys did what they could to assist the other residents. The guys take it hard. We're used to saving people. It's hard on our guys when we lose someone," said O'Brien.

The First Congregational Church on the town green across from the fire opened its doors to residents of the building while they waited to learn if they would be able to return home.

"This is what we do. Westies take care of one another," said Mayor Nancy Rossi.

The fire marshal is now investigating how the fire started.